Lucky Dice in Tiny Tina's Wonderlands are a special kind of collectible. Every time you find and interact with one, it rolls and gives you a number between 1 and 20, which determines the quality of the loot it drops for you. As an added bonus, it also increases your odds of getting good loot from other kinds of drops.

Wargtooth Shallow is a pirate-themed map, with plenty of coral, sand, and half-destroyed ships. In this guide, we'll detail how to find all 21 Lucky Dice in this map so that you can get the very best loot possible!

A lot of the areas in this region are gated off by the Ballad of Bones main quest. We try to mention it where applicable but, if, you're not able to reach a particular Lucky Die, try progressing through that quest!

The first Lucky Die is found just after entering the map, down in a little ravine that you're bound to fall into anyway while fighting enemies.

The next Lucky Die isn't far from the last one – instead of meeting Bones Three-Wood, veer left and grab this Lucky Die from atop a rotting wooden structure.

Where there's a cave, there's probably a Lucky Die. This one is no exception. It's not far from this map's Rune Switch!

There's a lucky die in the vertical climb part of this map! Keep an eye out for it around corners as you go up. Note that you'll need to progress in the Ballad of Bones quest to get to this area. 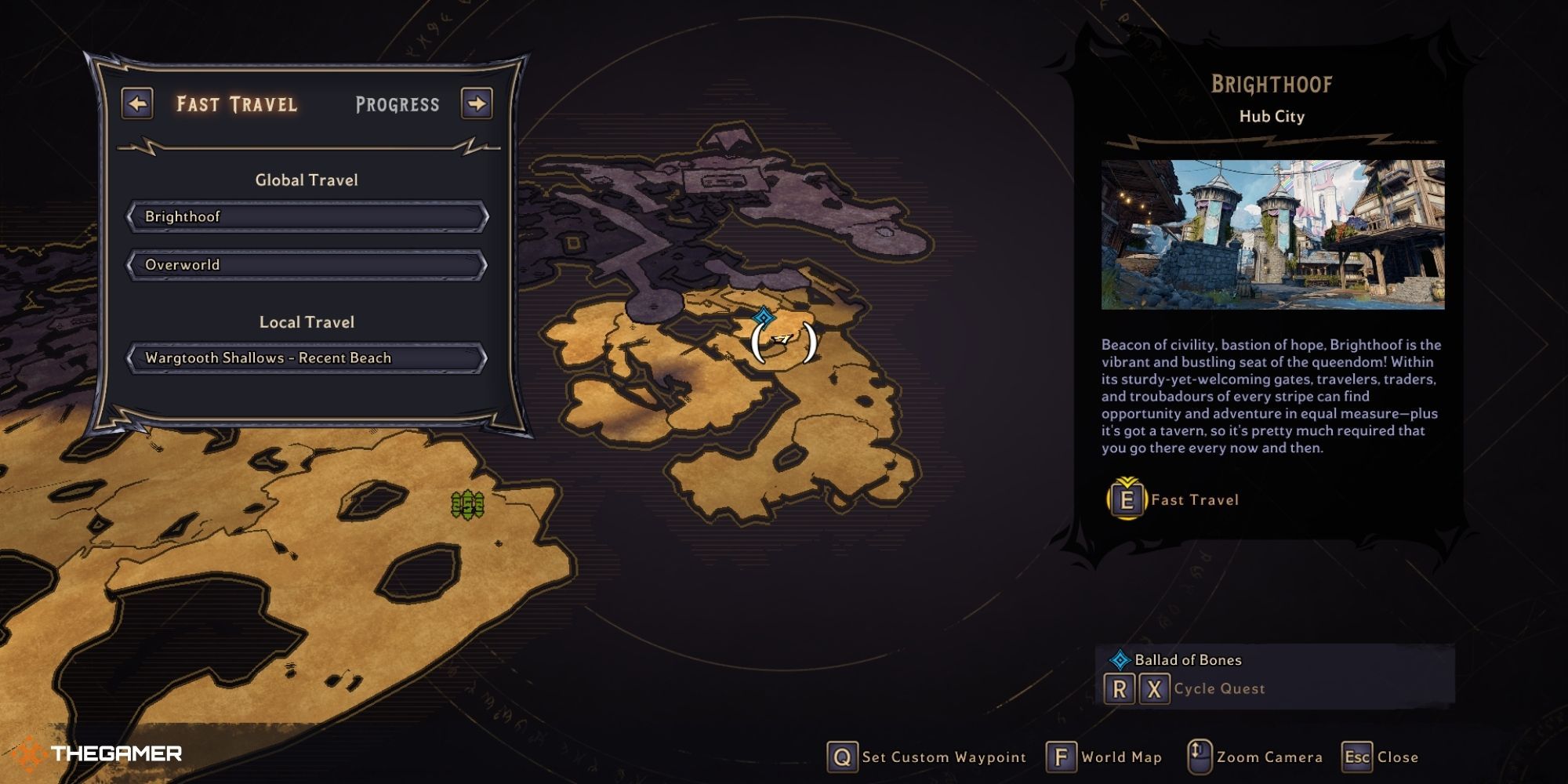 Since it's a vertical area, we're also providing this image to give you a better sense of where it is.

This Lucky Die is found on the same vertical climb as the last image. It's at the very top, hiding behind some crates near the houses. 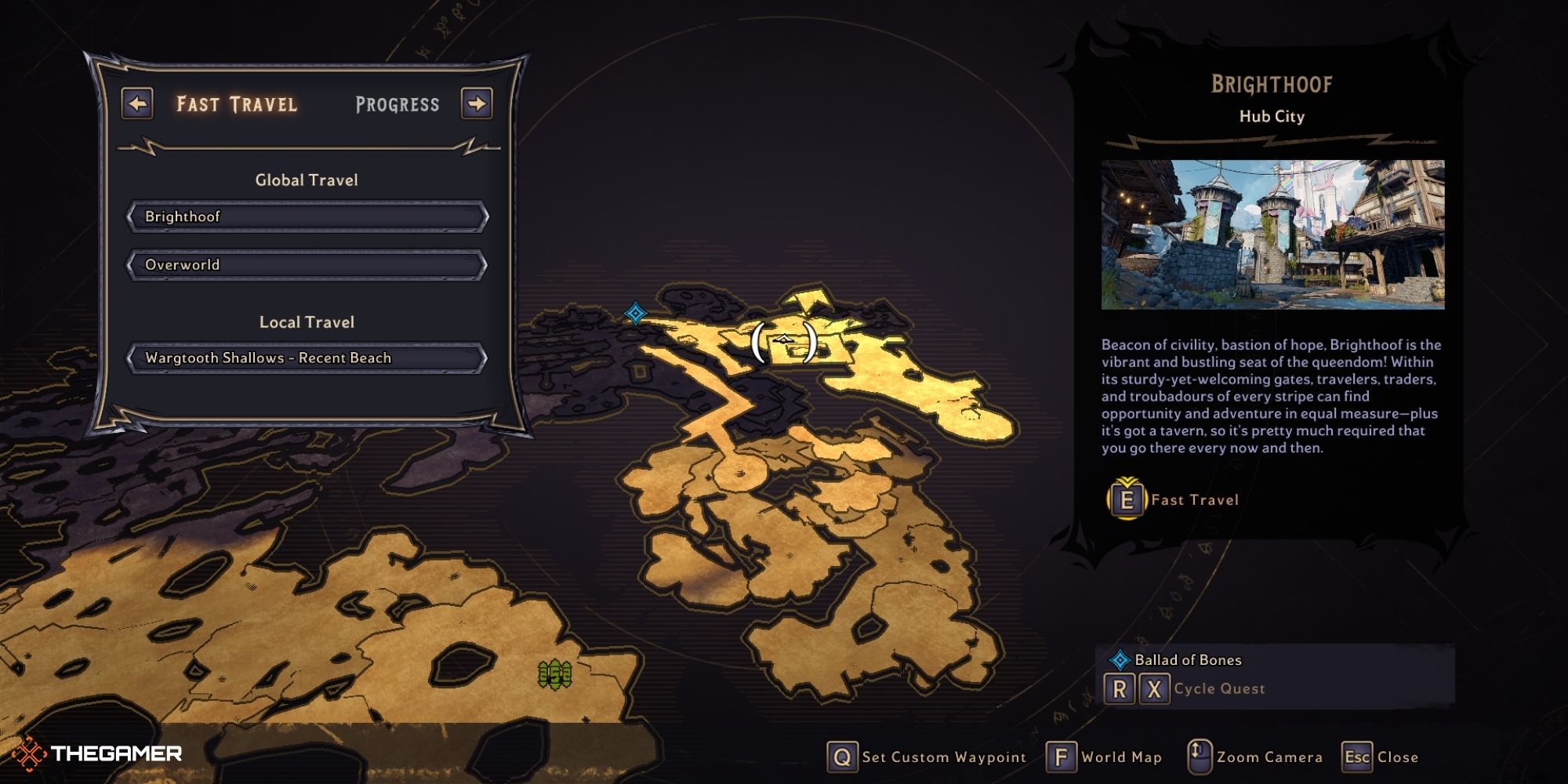 Like last time, we're providing an extra image to show its vertical location.

There's another Lucky Die right next to where you found the last one! You just need to shoot the chain holding up the anchor, and it'll crash down to the ground, breaking the floorboards and revealing a Lucky Die along with some other loot.

There's a Lucky Die in this shipwreck! Thankfully, it's not very hard to balance on these boards and reach it – plus, there's no water to worry about below.

Just a few steps from the previous one, you'll find this Lucky Die near the local Poetry Page.

9 – Nothing Strange About This One

This Lucky Die is mere steps from the vending machines and checkpoint on this side of the map, hovering over an ominous purple pool. To get through to it, though, there's a fake wall you'll need to melee.

After one of the slides you go down during the Ballad of Bones quest, check the waterfall behind you! Hiding things behind the falling water is a classic move that Gearbox takes advantage of here.

Also found in an area reached during the Ballad of Bones quest, you can find this Lucky Die hidden in the tiny space at the back of a partially-intact pirate ship.

This Lucky Die is, again, found during the Ballad of Bones quest; eventually, Bones Three-Wood will tell you the story of how he became a living skeleton through recreations with spectral figures. During this sequence, check the buildings for the Lucky Die.

Access to the area where this Lucky Die is found is part of the Ballad of Bones quest. It's in a half-destroyed ship that you'll come across, but it requires a bit of jumping to get inside of.

14 – The Calm Loot Before The Storm

This Lucky Die is just found on a ledge in one of the branching paths. You'll pass through here as part of the Raiders of the Lost Shark side quest.

In that same side path that you venture down for the Raiders of the Lost Shark quest, there's a Lucky Die hiding behind a set of wooden boards. Unfortunately, you can't just melee your way through. 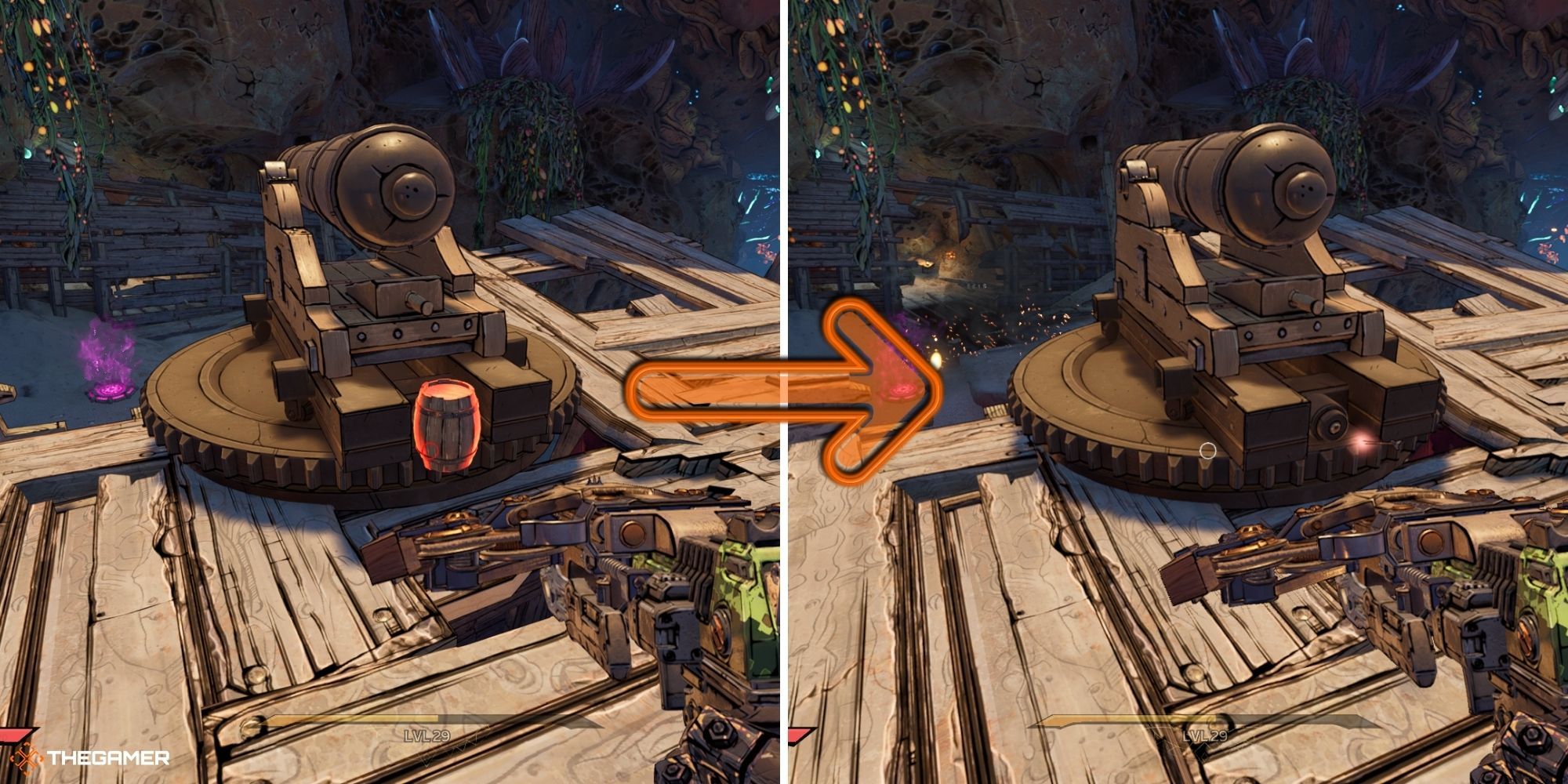 Turn around and look up for a cannon attached to what's left of the nearby pirate ship. Head up to it and shoot the little red gunpowder barrel to gain access.

16 – It's In Another Shipwreck

What a surprise – there's another Lucky Die in a shipwreck! Never saw it coming.

This one's just on a sand pile. Pretty simple to get, except for all the horrifying dog-shark enemies.

There's another Lucky Die not far from where you found the last one, just higher up.

This Lucky Die isn't hard to find, but it's easy to miss because most buildings aren't accessible. Just head inside and grab it from amid the pirating gear!

When you do the side quest Twenty Thousand Years Under The Sea, you get access to a temple on a side path of this map. Towards the front, this Lucky Die is hiding sandwiched between two pillars.

There's a Lucky Die all the way at the back of this temple, atop a pillar. Like the last one, to get access to it, you need to progress through the quest Twenty Thousand Years Under The Sea.

PlayStation State Of Play Today: Watch Here, Start Times, And What To Expect