Home » News » Where To Find Every Rainbow Shell In Chrono Cross

Like many of its PlayStation-era contemporaries, Chrono Cross packs a ton of missable content. The sadness that stems from realizing you've skipped the chance to acquire a valuable item or view a poignant scene between characters is mitigated in part by the game's New Game Plus feature, which allows players to start again anew with plenty of their progress carried over.

That said, there are few enough Rainbow Shells in Chrono Cross to necessitate two full playthroughs with awareness of their every location if you're planning on outfitting every party member with a Prism-based weapon – and that's not taking armor into account, which is frankly a better priority for your main squad than worrying over whether Sneff's got a Prism weapon. (With due apologies to Sneff players, he's the first who sprung to mind in that sentence.)

Thus, let our guide point you to every Rainbow Shell in approximate order of potential acquisition. There may be light spoilers involved in this list, but nothing too major!

Every Rainbow Shell in Chrono Cross 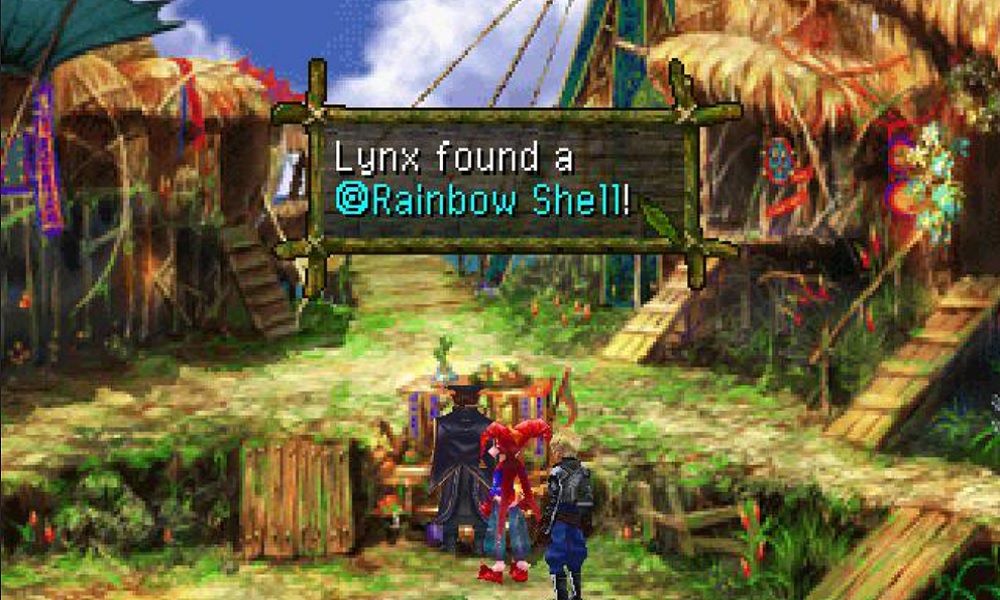 We've grouped these into three distinct categories to aid you in keeping track of your travels. Sidequests are the most numerous source of Rainbow Shells, followed by treasure chests and then most rarely through enemy steals and drops. 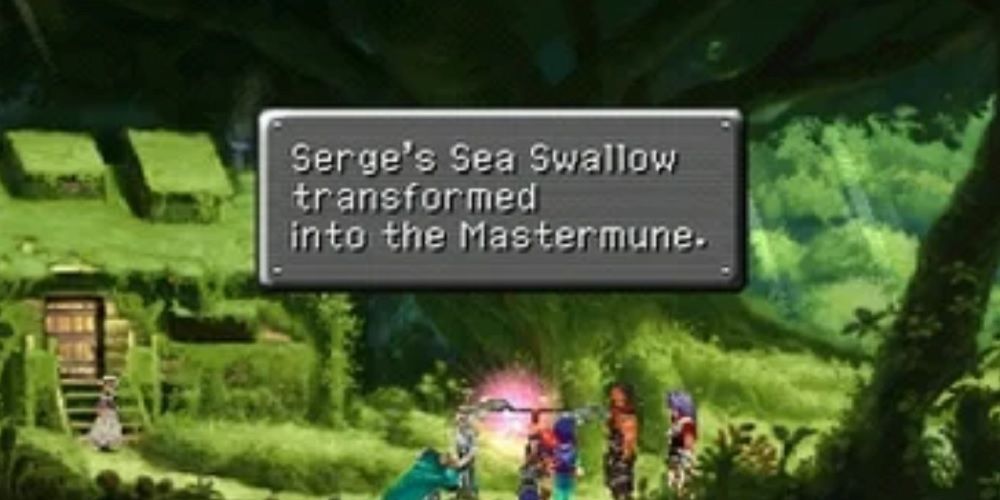 We're including this here because it's a common question among first-time Chrono Cross players, so it'll likely pop up frequently now with The Radical Dreamers Edition reviving interest in the game.

The Spectra Swallow is Serge's Prism weapon. It's what you'll need a Rainbow Shell for if you elect to craft it. This thing's no slouch, with a higher Attack Power than the Mastermune and a lovely, well, prismatic sheen. For all intents and purposes, it can be regarded as Serge's ultimate weapon.

And then there's the Mastermune. Acquired through a series of sidequests rather than crafted with raw materials, this weapon actually transforms Serge's original weapon (the Sea Swallow) into a thing of beauty. What the Mastermune lacks in Attack Power, it more than makes up for with its constant critical hits. Damage calculation favors it over the Spectra Swallow, since a critical with its Attack Power typically beats out a non-crit from its rival blade.

That said, there's still a darn good reason to forge yourself a Spectra Swallow on your first playthrough. Since the Mastermune replaces the Sea Swallow, it won't carry over to New Game Plus like most weapons… including the Spectra Swallow. You'll be stuck with the Stone Swallow for most of the game, which is still a major improvement, but why not shoot for peak efficiency and shinier proof of your past deeds?

Magic: Legends Is Shutting Down

Kick-Ass Reboot In The Planning Phase From Original Director