Here we are, the tail end of July. It’s hot, it’s humid, and there is absolutely nothing to distract myself with. There are no video games in July. That’s how it goes and how it’s been since I was a kid. And even in 2019, when in the course of a single year we’ll see nearly 10,000 games materialize on Steam, and when every other slow month has turned into a nonstop torrent of releases, still there’s this black hole in the midst of summer.

That’s what I’ve spent the last few weeks trying to find out. “Why does everyone avoid July like the plague?”

And I do mean everyone. I think we all anecdotally know July is light on releases, that things slow down in the summer months, but I didn’t truly see the tumbleweeds blowing until NPD Group analyst Mat Piscatella threw out some figures for me:

“Of the $7.3 billion in U.S. total tracked full game software sales in 2018 across the full Physical market, and including Digital full game sales for members of the Digital Leader Panel across the PlayStation Store, Steam, eShop and Xbox digital storefronts, only $253 million was generated in July.

Three percent. Keep in mind, that figure includes the tail end of the 2018 Steam Summer Sale, which ran through July 5. “You can see why publishers may look towards other months,” says Piscatella.

Of course, there’s a bit of a cause-and-effect problem here. Publishers don’t release games in July, which drives down the sales numbers for July, which then reinforces the idea that July’s a bad month to release games in. Looking back at 2018’s release calendar, July’s noteworthy releases were Octopath Traveler, a Red Faction Guerrilla remaster, The Banner Saga 3, and Hand of Fate 2. Oh, and the free NEXT update for No Man’s Sky. 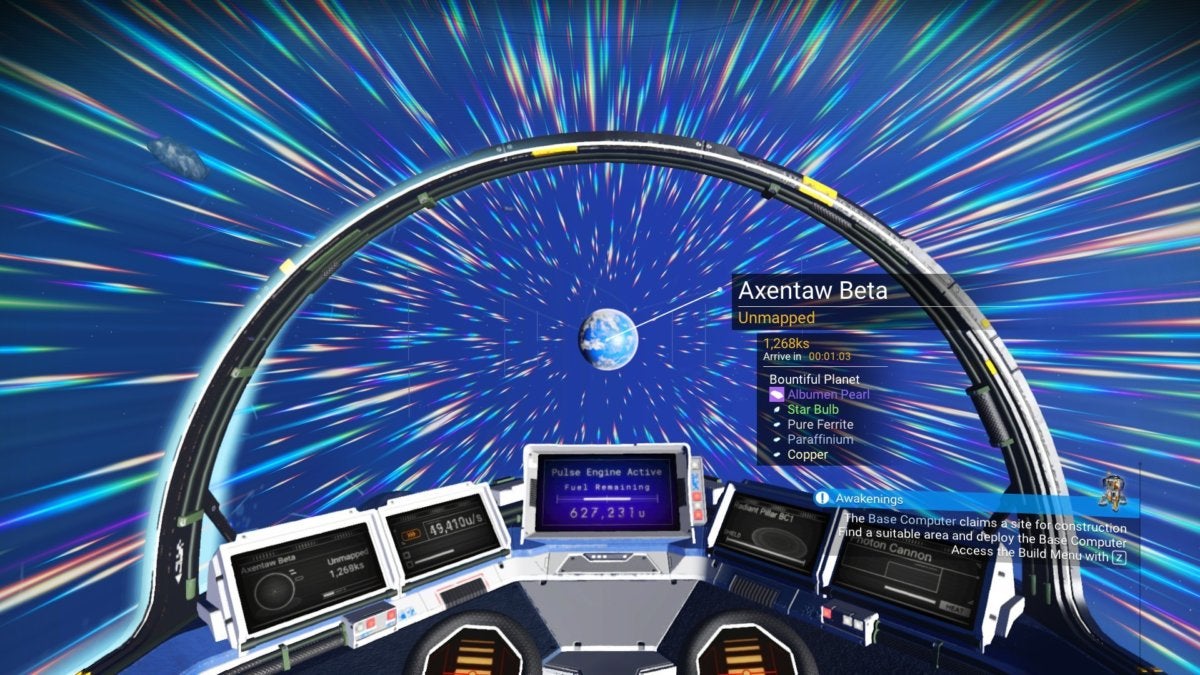 We’re doing slightly better this year, with a top-tier Final Fantasy XIV expansion, Sea of Solitude, Marvel Ultimate Alliance 3, Dragon Quest Builders 2, Blazing Chrome, Night Call, the PC release of Tetris Effect, and of course Wolfenstein: Youngblood at the end of the month. It’s still a far cry from your average September though, or even your average April at this point.

How did it get this way, though? How did July become a wasteland so toxic that it hasn’t filled out even as the rest of the traditionally “slow” months—February, April, August—became crowded?

The most common answer was precisely the one you’d expect: Vacation.

“We’re more than happy to take money from gamers in the summer,” said Devolver co-founder Nigel Lowrie, citing My Friend Pedro, which has spent most of this summer on Steam’s best-seller charts. “But we’ve noticed many press and industry members have scattered availability and holidays planned starting around the 4th of July. This can quickly complicate coordinating Stateside launches with partners, let alone drumming up coverage from press who are off floating in pools.”

It was interesting to see Devolver reference the USA, because more often than not the blame fell on the other side of the ocean. “Historically July has been light primarily due to summer holidays, for Europe in particular” said Piscatella. Dotemu and The Arcade Crew’s Arnaud De Sousa agreed, saying “July and August are traditionally ‘vacation months,’ at least in Europe.”

Europe was by far the most common culprit in the answers I received, both official and anecdotal. People in the US take vacations in July and August too of course, as Lowrie rightly pointed out, but the European vacation is a bit more institutionalized than the US equivalent. European Union law stipulates a minimum of four weeks paid vacation, and many countries guarantee even more. Visit Paris in the summer for instance and it can feel like half the city’s shut down at times, with a sizable percentage of the local populace fleeing the city (and the heat).

Thus even if you’re planning to spend your entire summer in a basement in Ohio, Europe’s vacation habits have a knock-on effect. Publishers don’t want to target a market that won’t show up.

And there’s an even more pressing concern in some cases: The publishers themselves are on vacation. There were more than a couple publishers I reached out to who declined to comment on this story because the right person to do so was, you guessed it, out on vacation. Not the best time to release a game, perhaps.

Hell, I pitched this story while out on vacation.

Then again, that very fact leads me to the counterpoint I heard from a number of people. Sure, it made sense to avoid July when your game needed to be purchased off a shelf in a store, then hooked up to a TV at home or played on a massive desktop machine—but that’s not the world we live in anymore. Technology has lifted some of those limitations, and portable gaming systems, be they gaming laptops or the Nintendo Switch, are far more common now. That in mind, does it still make sense to avoid July?

De Sousa and Dotemu/The Arcade Crew don’t think so, having released the acclaimed Blazing Chrome on July 11. “On an indie level, it doesn’t make a huge difference to release a game in July or in March, except that there are fewer games in July, which is actually good for us—more visibility, less competition,” said De Sousa. “If you’re counting on 5 million sales in your first month like a AAA launch, that might be problematic. For us, not so much.”

Piscatella agreed, saying he thinks July might fill out “now that digital is such a large portion of the overall market.”

And indeed we see Nintendo leading on this front, releasing Splatoon 2 in July 2017, and then a trio of high-profile Switch titles in the span of a few weeks this summer with Mario Maker 2, Dragon Quest Builders 2, and Marvel Ultimate Alliance 3. It hasn’t stopped Nintendo from saving Link’s Awakening and Pokemon for the more popular fall months, but the Switch release schedule does seem a little steadier than its competitors.

I still have some unanswered questions. I find it odd for instance that July is still so empty but August is crowded, and it makes the “vacation” explanation feel partially empty. Having visited Paris in both July and August, I can say (albeit anecdotally) that the city was much emptier in the latter—and yet August 1 is basically the start of the “fall” release schedule these days.

But if you’re bored with your backlog and looking for someone to blame? Well, blame Europe. Better yet, treasure these few weeks of respite while they last. Judging by how the rest of the calendar’s filled out, by 2025 there will be no more “slow months,” not even July.