A woman has identified some interesting (and somewhat suspicious) parallels between herself and new League of Legends character Seraphine. According to her own first-hand account of dating a former Riot employee, she thinks it’s not impossible that Seraphine is based on her likeness.

The woman – Stephanie – really does bear a decent resemblance to the starry-eyed songstress Seraphine. Even their names are really similar. 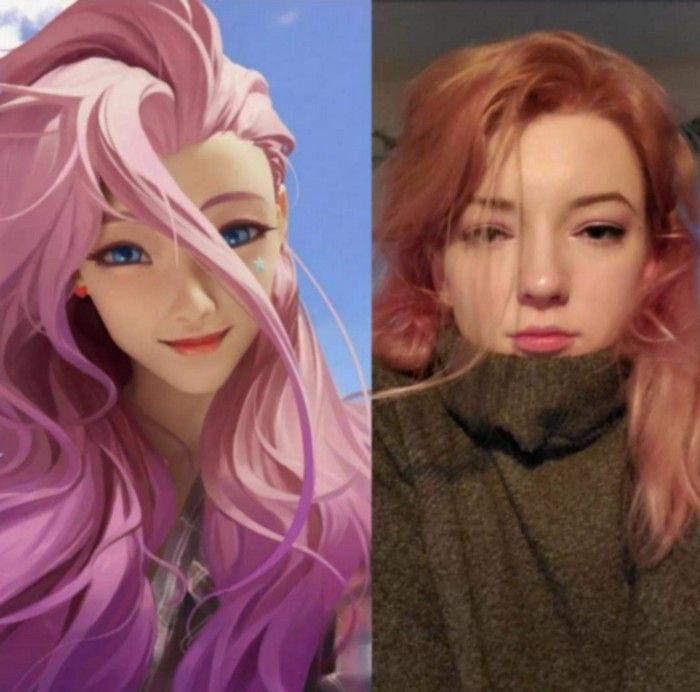 In a lengthy blog post published yesterday, Stephanie explained the full scenario from her perspective. She mentions that she “had a brief relationship with a Riot employee last year in early 2019,” and that’s how all of this apparently began. She claims that she and the employee – referred to as John, for the sake of anonymity – met in person twice, but otherwise kept their interactions online over about three months.

After knowing each other for only a relatively short period of time, John reportedly mentioned and implied various ways in which he could include aspects of her in LoL itself. He got Riot illustrators to create artwork depicting Stephanie as her favorite character Ahri. He also apparently said that he could influence the KD/A project – KD/A being the virtual League of Legends pop group comprising the Ahri, Akali, Evelynn, and Kai’Sa characters. Seraphine went on to become KD/A’s latest collaborator.

Things allegedly didn’t end too well between Stephanie and John, though. After telling John things were moving too fast, he ceased contact and blocked her.

Seraphine and Stephanie share obvious physical similarities, although this alone wouldn’t be enough to convince anyone. Indeed, reports of inspiration drawn from another Riot employee – K/DA Whiskies on Twitter – have also been made. But Stephanie’s allegations spread further. She draws connections between her drawings and those done by Seraphine, the latter’s region of origins, and their respective pet cats, amongst other things.

Stephanie has made it clear that all of this leaves her with a very uncomfortable feeling. “I’ve felt really grossed-out about it, to the point that I can’t play one of my favorite videogames,” she writes.

In response to all this, Riot Games denies any link between the two. “Seraphine was independently created by Riot Games and was not based on any individual. Additionally, the former employee [Stephanie] is referring to left Riot more than a year ago and was in a department and role that has no input whatsoever into the creative design process.”

Sounds fair. But still, while Stephanie doesn’t believe she is the sole source of inspiration for Seraphine, she says there are too many overlaps for it to be coincidental.