World of Warcraft players have been searching for a cat for almost a year. In September 2019, Blizzard released Battle for Azeroth, the best-selling expansion ever for the world’s longest-running MMORPG. Along with a story-packed quest for WoW players to follow, Battle for Azeroth also added a mysterious side quest to find the lost cat belonging to an elf.

You can find Amara Lunastar in Ashenvale where she’ll ask you to keep an eye out for her missing void cat. That was the first step, and most players were able to accidentally stumble across her, but the second step in the quest took a few months for folks to solve.

After searching all of Azeroth, the second stop in the puzzle appeared when players visited Donni Anthania’s house in Elwynn Forest. She’s more popularly referred to as the Crazy Cat Lady for her love of all things feline and the numerous cats she keeps as pets. An empty food bowl with two kibbles beside it was the key to finding the third part of the quest, for when you draw a straight line between those two forlorn bits of cat food you get a vector pointing straight towards Karazhan in Deadwind Pass.

There is where everyone got stuck. Folks found a dungeon with 20 food items and also a musical NPC named Sebastian the Organist who mentions, “Music is truly the key to happiness,” but that was it. WoW players just couldn’t figure out how music and food fit together.

It took one more official hint from Blizzard and a non-Warcraft player named Paul to finally solve the puzzle. Paul figured out that the key was Amara’s Wish, a piece of music that was datamined along with the Battle for Azeroth expansion back in September, but everyone just assumed it would play when people found Jenafur. It does, but it’s also the map to finding Jenafur in the first place.

Paul discovered that the sheet music for Amara’s Wish follows a pattern that can be mapped out on the floor of the Opera Hall in Karazhan. When the player places eight pieces of meat where the notes would appear on the sheet music, Jenafur appears and Amara’s Wish plays. 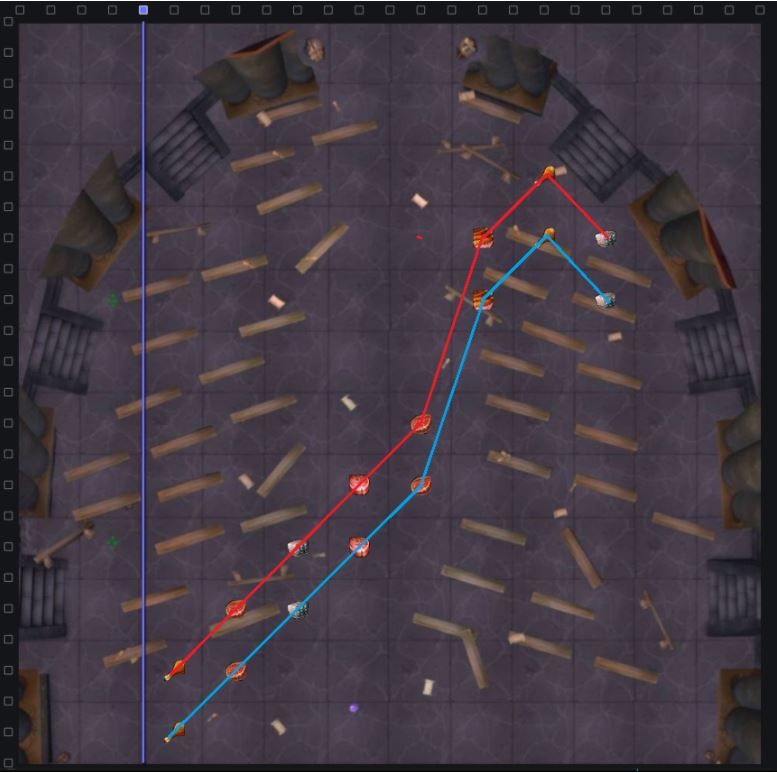 WoW principal game designer and puzzle architect Jeremy Feasel acknowledged the community’s victory with a single tweet. Several guides have already popped up to help lead adventurers to Jenafur’s location, but do note that she will eat your other pets if you don’t keep an eye on them.

It’s a good thing that Jenafur is finally out of the way. Shadowlands arrives later in October, and there’s sure to be more secrets to find in World of Warcraft’s latest expansion.