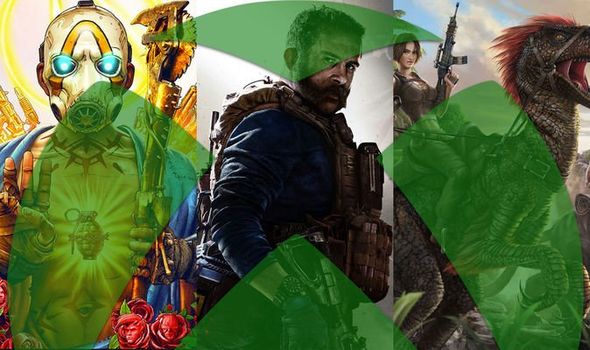 Xbox Big Gaming Weekend has kicked off which offers those who don’t have Xbox Live free online multiplayer access as well as tonnes of free games to play. Huge Xbox One games such as Call of Duty Modern Warfare, Borderlands 3, Gears 5 and Monster Hunter World have all been unlocked so you can play without paying a penny. But those aren’t the only free Xbox One games that are available with Ark Survival Evolved, Dragon Ball FighterZ and Elder Scrolls Online also free to play.

Announcing the promotion Microsoft said: “We’re unlocking a bunch of games so now is the time to prep your download queue!

“This weekend, everyone plays! Anybody can enjoy free access to Call of Duty: Modern Warfare multiplayer, Borderlands 3, Dragon Ball Fighterz, and Black Desert on their consoles this weekend

“Your friends don’t have Xbox Game Pass? This weekend everyone gets a taste of Xbox Game Pass with Monster Hunter World, Ark: Survival Evolved, Gears 5, Elder Scrolls Online, Subnautica, and Naruto to Boruto: Shinobi Striker, that are free to play.”

Here are more details on the games you can play during the Xbox Big Gaming Weekend, as detailed in a post online…

Gears 5 (Console and PC): From one of gaming’s most acclaimed sagas, Gears 5 is bigger than ever, with five thrilling modes and the deepest campaign yet. With all-out war descending, Kait Diaz breaks away to uncover her connection to the enemy and discovers the true danger to Sera – herself. Available with Xbox Game Pass.

Black Desert (Console): A colossal living-world MMORPG awaits in Black Desert. In a medieval fantasy setting, you will fight with friends in guilds, siege castles and train your life skills by fishing, trading, and crafting. Experience fast-paced action, hunt monsters, and enjoy jaw dropping graphics in an immersive world just waiting to be explored.

Dragon Ball FighterZ (Console): Now’s your chance to go further beyond in Dragon Ball FighterZ! Experience epic fights, destructible stages, and famous events ripped from the Dragon Ball anime. Create your team from a huge cast of your favorite characters and battle it out in epic 3v3 fights! This is the fighting extravaganza born from what makes the series so loved and famous. 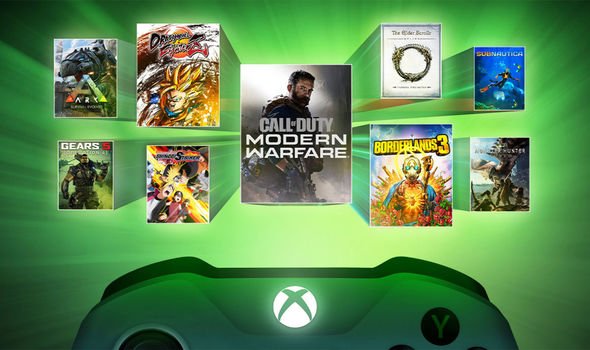 Monster Hunter World (Console): Slay ferocious monsters in a living, breathing ecosystem using the landscape and its diverse inhabitants to your advantage. Either solo or in co-op with up to three other online players, hunt and use materials gained from quests to craft more powerful gear. Your journey will stretch across the vast environments of the New World, and with the Iceborne expansion the adventure continues in Hoarfrost Reach! Available with Xbox Game Pass.

Borderlands 3 (Console) – August 6 – 9: The original looter-shooter returns, in an all-new mayhem-fueled adventure! Packing bazillions of guns, as one of four Vault Hunters, blast through new worlds & enemies and save your home from the most ruthless cult leaders in the galaxy.

Subnautica (Console and PC): After crash-landing in an alien water planet, the only way to go is down. From sun-drenched shallow reefs to deep dark trenches, Subnautica is an underwater open world adventure game ready to be explored. Pilot submarines, craft equipment, and out-smart wildlife to venture deeper and craft more advanced items. Available with Xbox Game Pass.

Naruto to Boruto: Shinobi Striker (Console): Battle as a team of four against others online. Featuring a completely new graphic style, built from the ground up, lead your team and fight online to see who the best ninjas are! Available with Xbox Game Pass.

Ark: Survival Evolved (Console and PC): Stranded on a mysterious island, you must hunt, craft, grow crops, and create shelters to survive. Use your cunning and skill to kill, tame, and ride the Dinosaurs and other primeval creatures living on ARK, and even breed and raise Dino Babies! Endure on your own or team up with hundreds of players online to survive this living ecosystem. Available with Xbox Game Pass.

Chip’s Challenge is free on Steam
We and our partners use cookies on this site to improve our service, perform analytics, personalize advertising, measure advertising performance, and remember website preferences.Ok