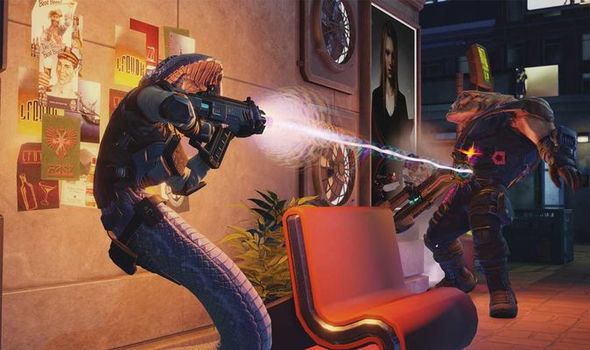 For gamers looking for something new to try, the XCOM Chimera Squad release date looks set to be a nice little distraction.

Set years after XCOM 2, Chimera Squad is looking to deliver an all-new story and turn-based tactical experience set in the XCOM universe.

Publishers 2K states that it’s neither a sequel nor expansion, though its story is set after the events of the past games.

Which would make sense, as Chimera Squad will include humans, hybrids and aliens working together to forge a civilization of cooperation and co-existence.

This new game probably contains a lot of spoilers for those who have yet to complete XCOM 2 and will no doubt prove an interesting new experiment.

While Chimera Squad will not focus on the entire world being defended from alien invasion, it will hone its focus on something just as interesting.

The game is set in City 31, a model of peace in a post-invasion world, is opposed by mysterious groups whose agendas threaten to shatter this delicate interspecies alliance.

This is where you step in with Chimera Squad, an elite force of human, hybrid and alien agents, who are working together to destroy the underground threats driving the city toward chaos.

“We’re inspired by our passionate community and excited by the opportunity to create a dynamic, innovative, and unique XCOM experience for both fans of our games and new players in XCOM: Chimera Squad,” said Steve Martin, President at Firaxis Games.

“With XCOM: Chimera Squad, we felt there were exciting gameplay opportunities yet to be discovered within the XCOM universe,” said Mark Nauta, Lead Designer at Firaxis Games.

“Gameplay like Breach Mode, interleaved turn order, and the introduction of agents as fully fleshed-out characters will revolutionize how the game plays while still retaining the combat experience that makes the XCOM series so loved by gaming communities around the world.”

WHEN IS THE XCOM CHIMERA SQUAD RELEASE DATE?

The good news is that 2K has confirmed that the XCOM Chimera Squad release date has been set for April 24, 2020.

That means the new game will be launching next week on Steam, and there’s a great bonus to know about.

XCOM Chimera Squad is launching on PC on 24th April 2020, with a special limited-time introductory price of £8.50.

Unique Alien and Human Agents: Each of the 11 agents have their own distinct personality and tactical abilities, including species-specific attacks like the Viper’s tongue pull;

Specialized and Complementary Classes: Execute devastating combos by teaming the right agents and utilizing cooperative actions. The difference between mission success and failure can depend wholly on team composition;

Re-Envisioned Tactical Combat: Missions are structured as a series of discrete, explosive encounters, keeping the action intense and unpredictable;

Breach Mode: Players will shape the battlefield to their advantage with a new combat phase that injects squads right into action. They will strategically assign agents to different entry points and coordinate their assault plans with a range of Breach-specific skills;

Interleaved Turns: An automatic initiative system will slot individual agents and enemies into an alternating turn order, creating new strategic possibilities based on what unit is queued to act next – and what unit is at the greatest risk when they do so;

Suspenseful Strategy Layer: Outside of combat, players will manage the operations of a high-tech HQ, where they must prioritize competing tasks, investigations and agent assignments in the face of a ticking clock: the constantly rising unrest in the city’s various districts, driving City 31 closer and closer to total anarchy.

Valheim: Every Runestone And Where To Find Them