Home » News » You Should Be Very, Very Wary Of Disney Dreamlight Valley

So I guess going after predatory Disney games is just my thing now. I’ve been throwing myself at free-to-play games like Mirrorverse, Magic Kingdom, and Speedstorm out of professional curiosity and personal interest (Disney Adult, guilty) and everything I’ve seen so far has been the worst of the worst that f2p has to offer. I wasn’t particularly surprised to find aggressive and manipulative sales tactics and systems designed to appeal to gambling addicts in the mobile games from studios like Gameloft, Kabam, and Netmarble (looking at you, Future Revolution), but I am somewhat surprised to see Gameloft bringing its mobile design sensibilities onto PC and console with games like Speedstorm and Disney Dreamlight Valley. This new generation of free-to-play is nothing more than the worst of what mobile has to offer, now on the Nintendo Switch. As someone with intimate experience in spending lots of money on Gachapon games, I offer you these words of caution: Dreamlight Valley isn’t what it looks like.

There was a new trailer for the upcoming Disney Dreamlight Valley during this week’s Nintendo Direct Partner Spotlight, and I’m seeing a lot of enthusiasm for it again. The headlines are calling it Disney Animal Crossing – a cozy life-sim where you travel around to different Disney worlds, farming, building, designing, and helping your favorite Disney characters regain their lost memories. You can take selfies with Ursula. You can cook soup with Remmy. You can go fishing with Olaf. What fun! What Whimsy! I’m not saying you can’t do all those fun things, I’m just saying you’re probably going to have to cough up the cash to play this game, and the longer you play the more it’s going to cost.

It may be surprising to hear that a mobile style free-to-play game is coming to consoles, but I’ve played Gameloft’s other Disney games, including the upcoming console kart racer Disney Speedstorm, and they’re basically just skinner boxes where you dump cash in and upgrade materials come out. Disney Magic Kingdoms, which is a mobile game with a nearly identical premise to Dreamlight Valley, is a Gachapon game filled with loot boxes that reward random characters and upgrade items. Progression is gated by time and the availability of materials, so at a certain point early in the game your ability to improve and move forward is dramatically reduced unless you’re willing to start paying to speed up timers and buy resources. It’s a fairly standard mobile game, all things considered, but it gives us a good image of how Dreamlight Valley will work. 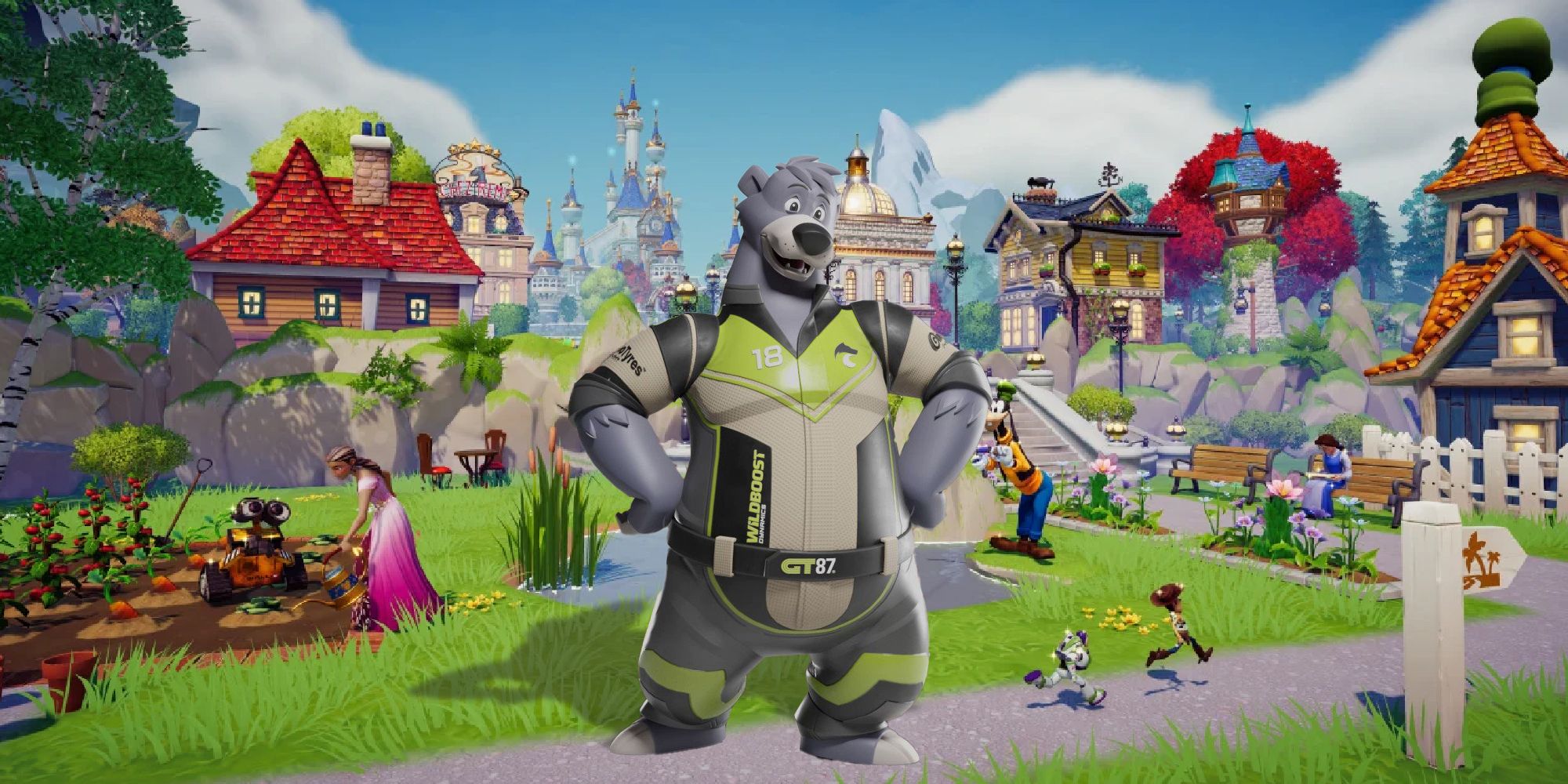 Despite being a kart racer, Disney Speedstorm operates much the same way, and it’s going to be on Switch, PlayStation, Xbox, and PC this year. I’ve written about the predatory microtransaction systems in this game at length, but in short, you can spend money to make your kart go faster and beat your opponents easily. I don’t know about you, but that doesn’t sound like a very fun racing game, unless, of course, you’re the one spending all the money.

We don’t know what kind of monetization model Dreamlight Valley will have, but we know it will have one. It’s been confirmed free-to-play, and the fine print on the game’s website mentions a few things. There will be a Founder’s Pack for sale that provides in-game currency, cosmetic items, and more, as well as Early Access to the game when it launches in September. The FAQ also mentions “purchasable expansion options to enhance your gameplay.”

Maybe Dreamlight Valley won’t be a dystopic wasteland of Mickey Mouse slot machines and opportunities to spend money in a high-pressure environment, but I have no reservations about prejudging this game. Gameloft has earned its reputation as a scummy company that designs casinos disguised as video games, and even its most recent game, Speedstorm, is already showing all the signs of being another expensive scam targeting kids with ads and ‘premium’ gameplay. Dreamlight Valley wants you to think it’s Disney Animal Crossing, but just wait until you start seeing in-game ads for energy bundles and guaranteed 4-star character pulls. I bet they start popping up within the first hour and never stop.

Poor API security may cost orgs up to $75B per year

Return To Camp Omega – A Re-Evaluation Of Ground Zeroes