There’s something inherently likeable about the SteamWorld series. Its hand-drawn sprites, or sheer commitment to cheeriness or unerring focus on a single, tight, mechanical design stretched to game length – one or all of these will tug a smile from players’ cold hearts eventually, no matter the game. The side-effect is that the whole SteamWorld brand has given developer Image & Form the enviable opportunity to consistently try new things, while still attracting a captive audience.

2013’s breakout Steamworld Dig, don’t forget, was the second game to bear the moniker, swapping the DSiWare original’s Tower Defence for procedurally generated platforming. Then we got Heist, which somehow wrestled the XCOM model into two dimensions, and added a weird fascination with collectible hats. Even Dig 2, the series’ first full sequel, made major changes, swapping those procedural maps for a meticulously designed experience, now prizing skilled play over the original’s material grinding.

It should be no surprise, then, that SteamWorld Quest already feels: a) entirely different to its forebears, b) simultaneously accessible and intimidatingly smart, and c) just bloody lovely. SteamWorld is suddenly a turn-based RPG driven by a card game. It’s not a surprise so much as an unexpected delight.

Having played the first hour of the game, it already feels like a winning experiment. Just as Heist did for XCOM, Quest seems to pare down the excesses of its source material, somehow without losing its charm. Its fantasy trappings (yes, this is another world of chattering robots, but there are mushroom monsters and magic to contend with) are a playful homage to classic RPGs, its web of illustrated, interconnected rooms draws from Paper Mario’s structure, and its card-powered battles are very clearly made by developers who enjoy the likes of Magic and Netrunner in their time away from screens, but don’t want to make you pay for booster packs. 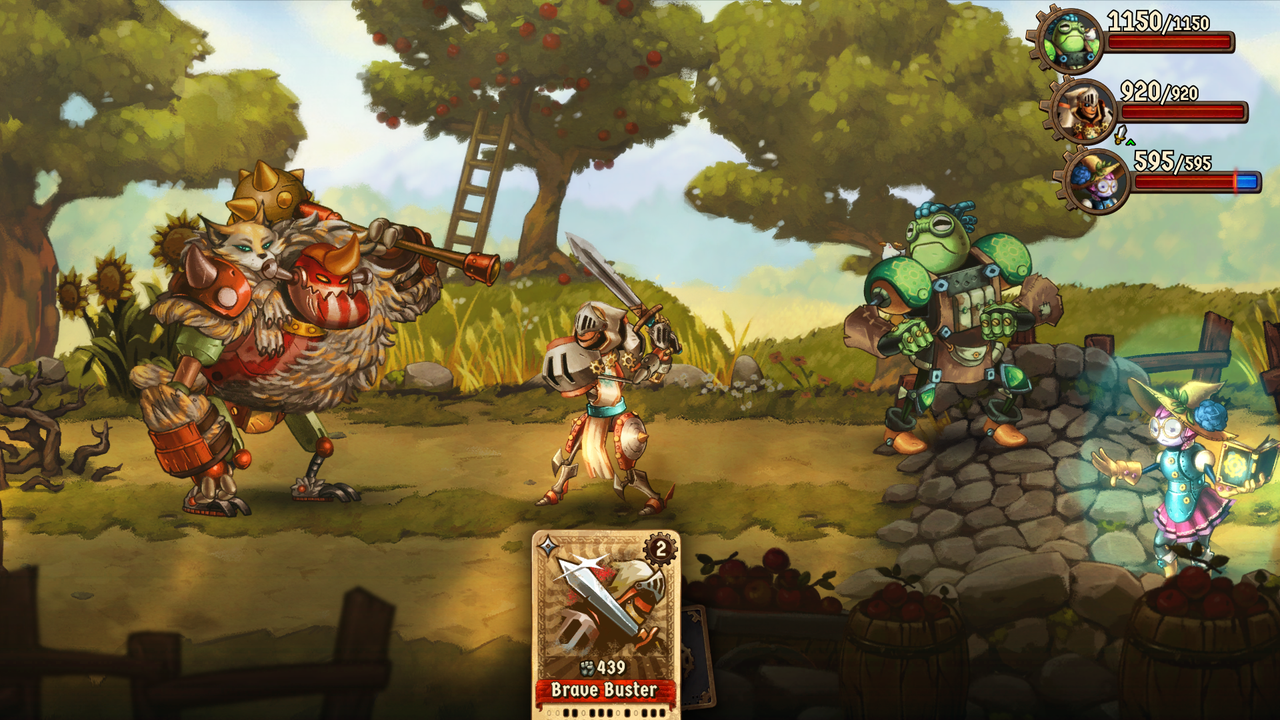 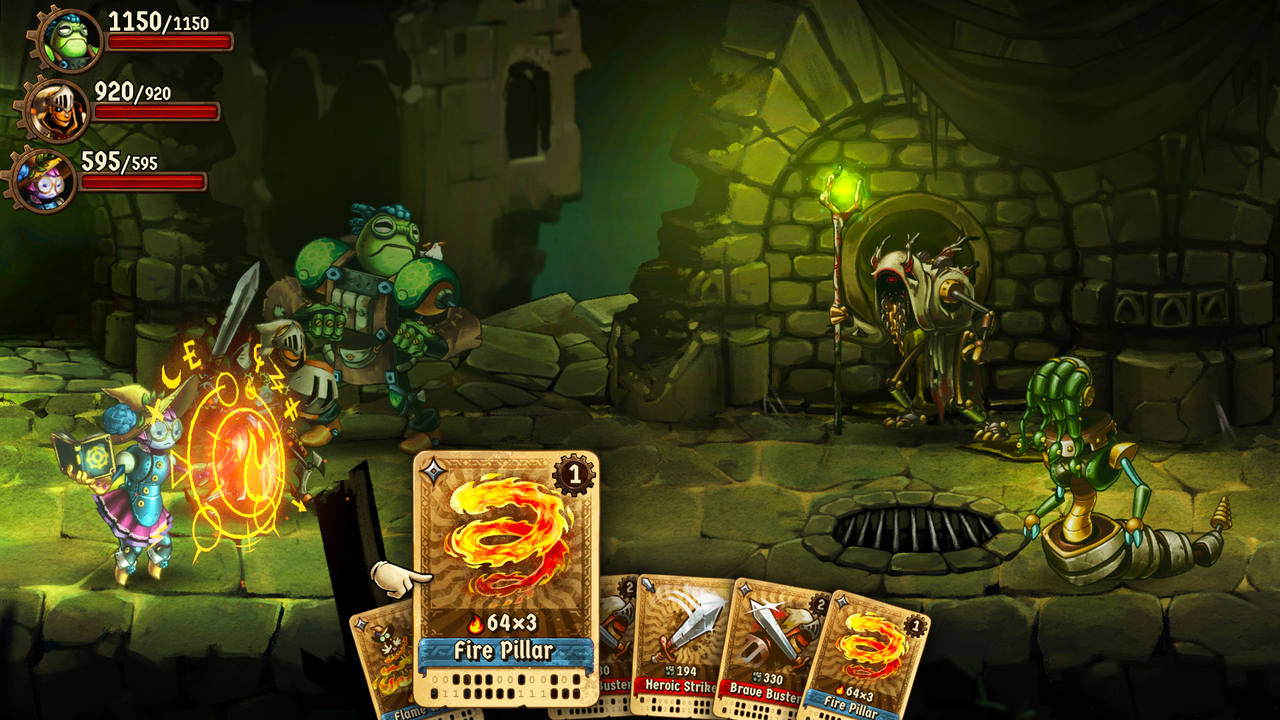 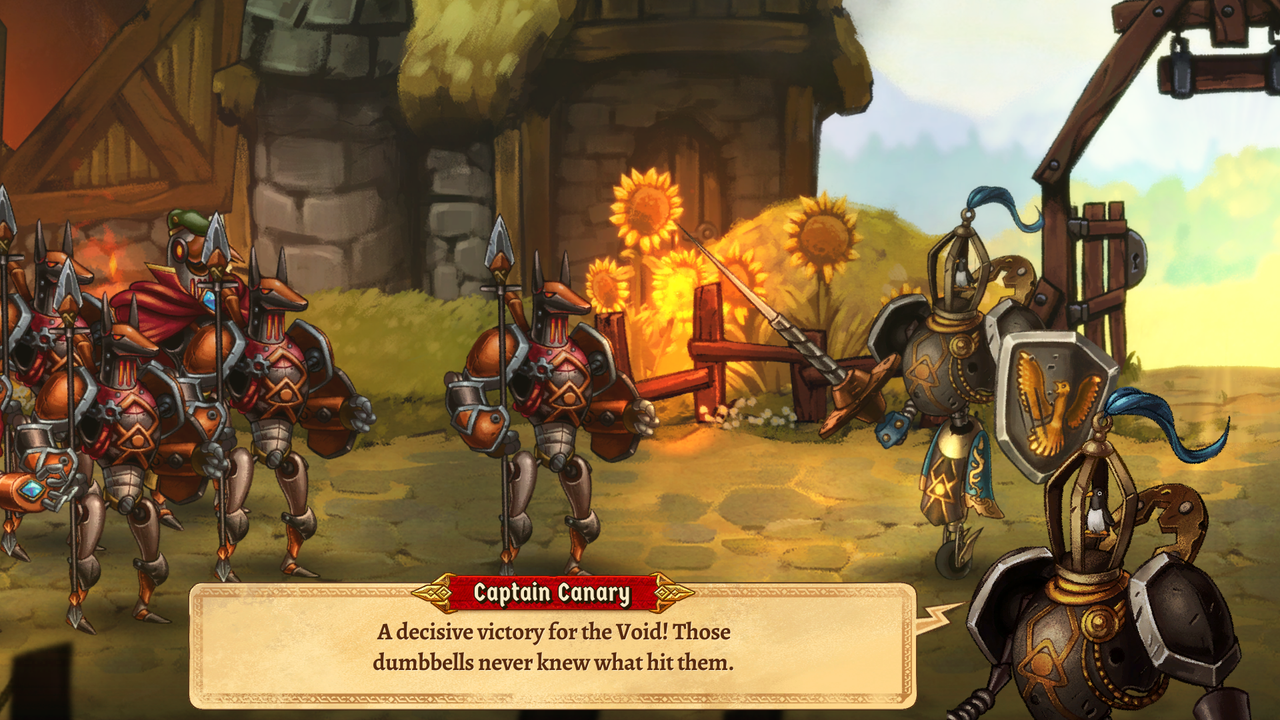 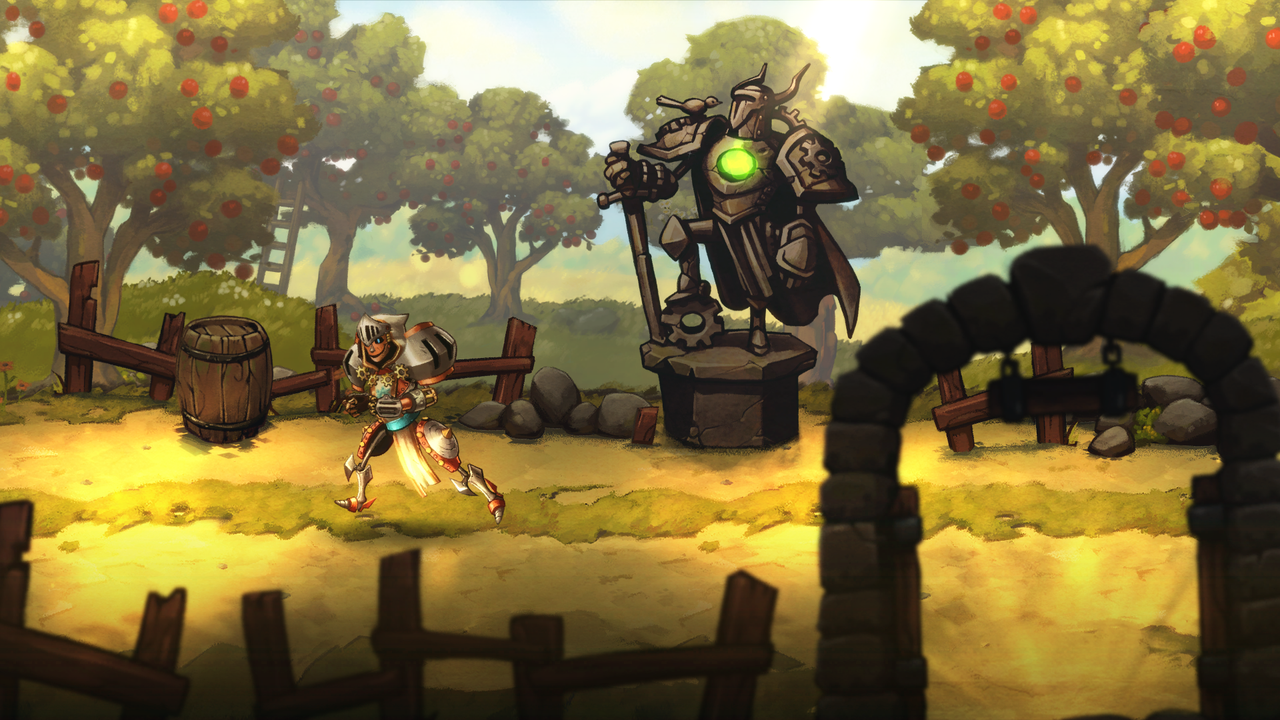 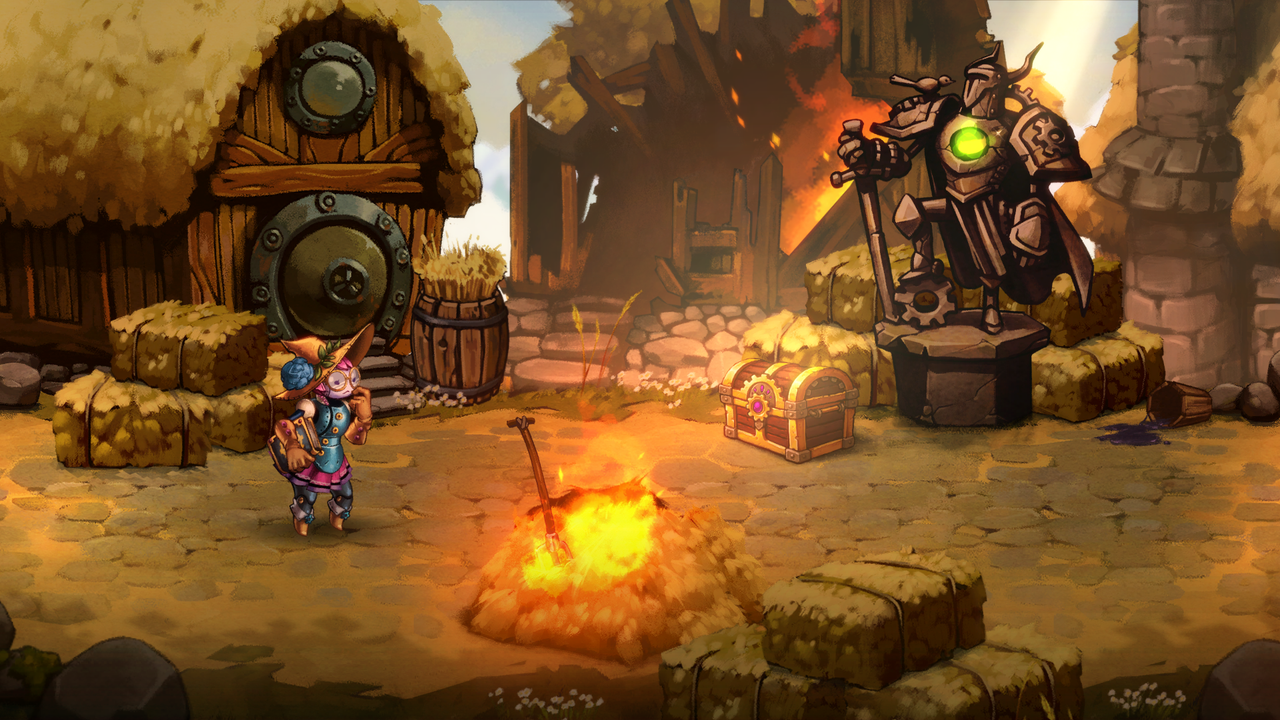 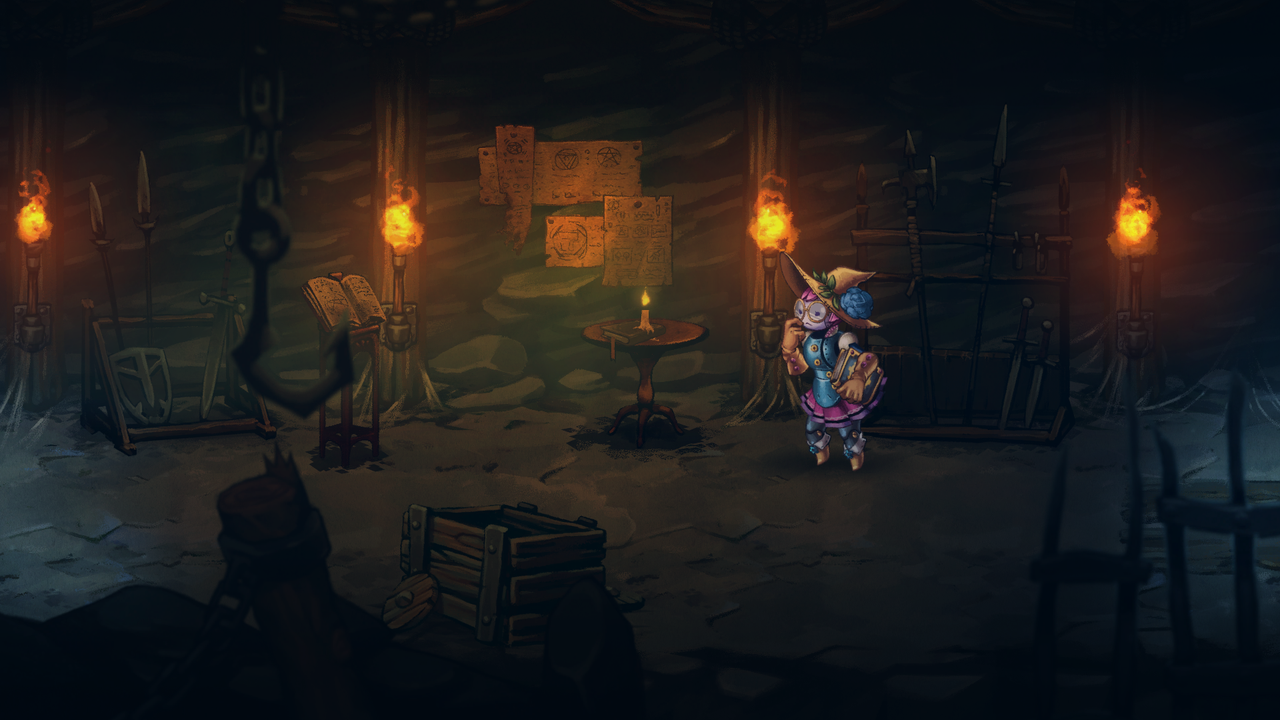 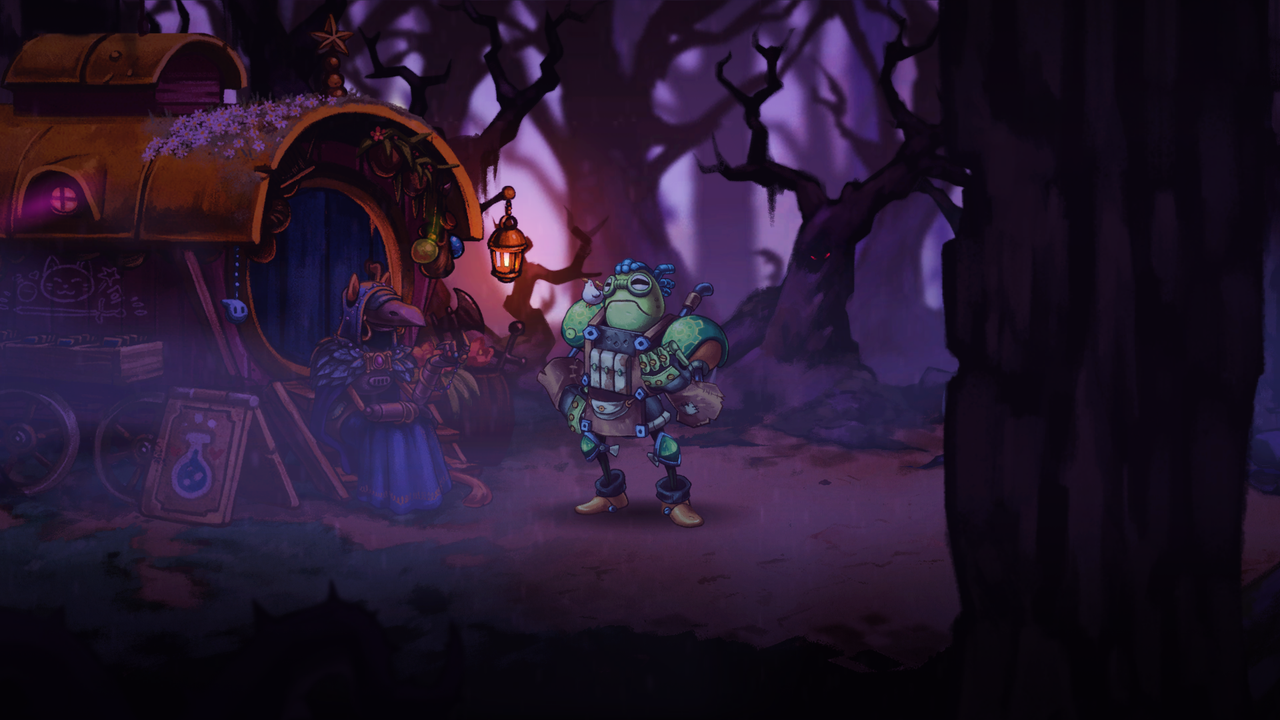 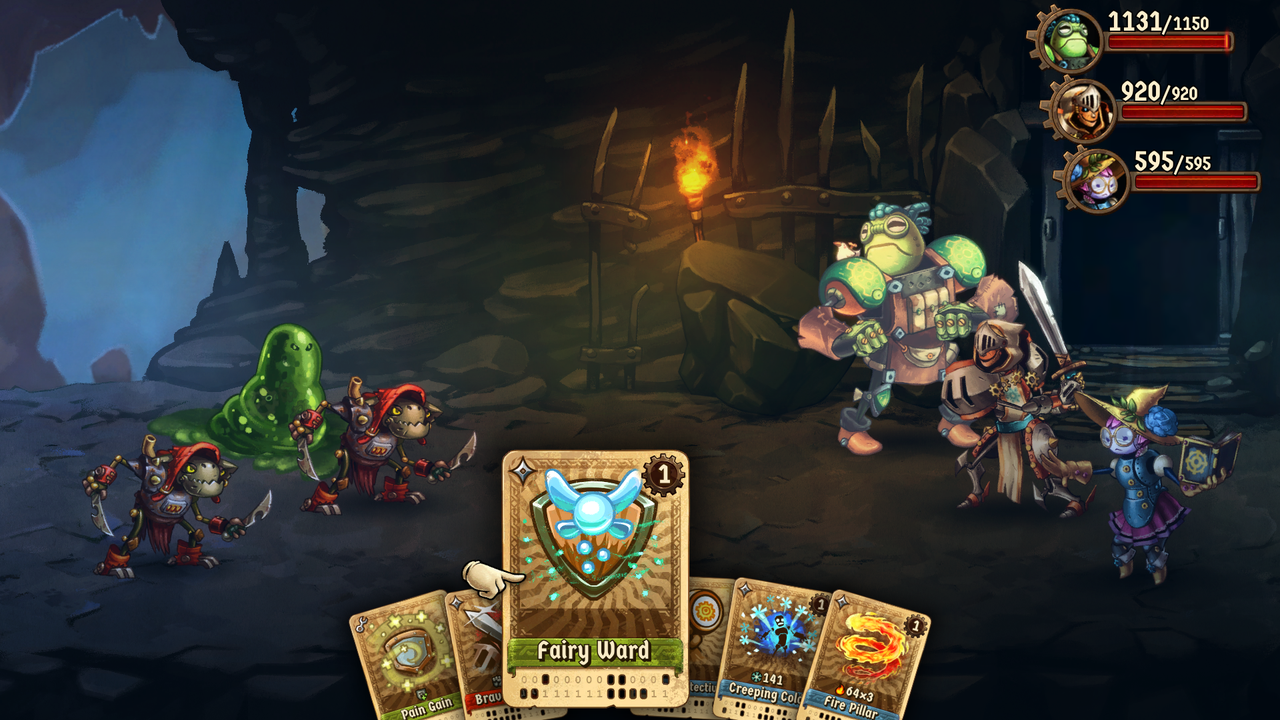 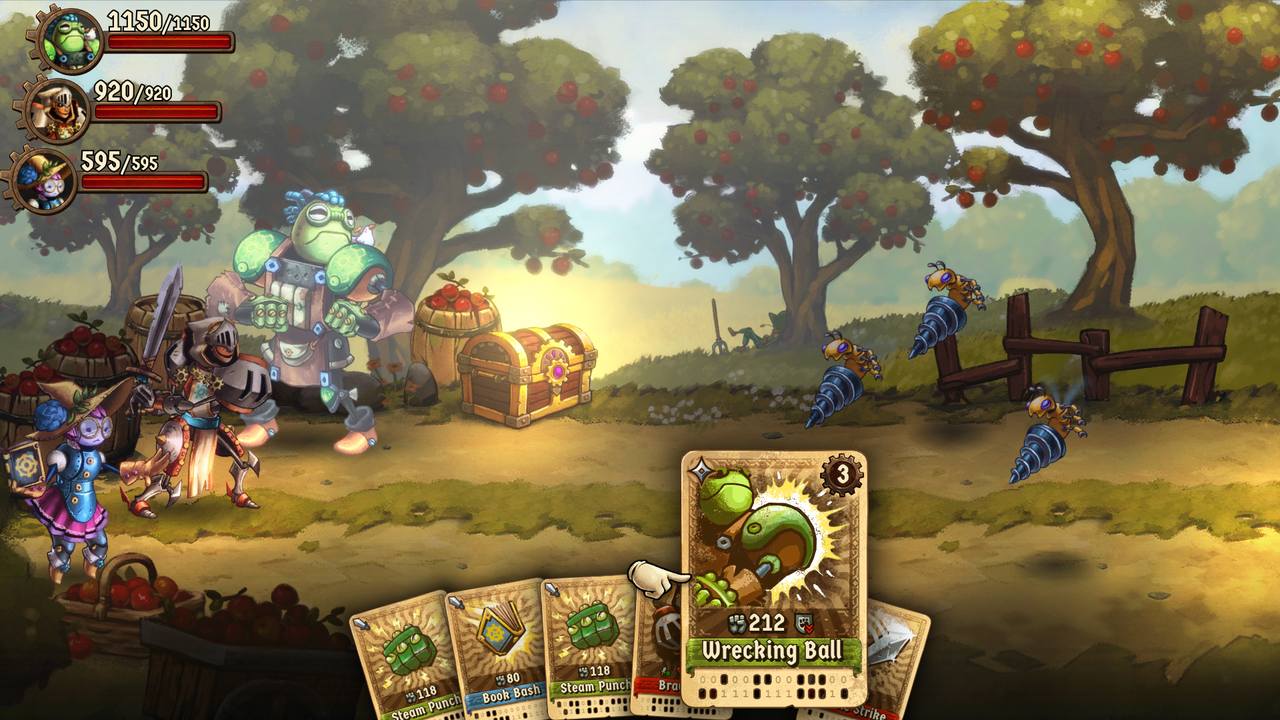 This is a more story-driven game than previous SteamWorlds – gaps between battles are filled with as much talking as they are secret-finding and chest-opening – but the heart of it all lies in the card game engine that drives those battles. It’s a simple enough set-up – every character in your party comes with a deck of cards representing their abilities. At the start of a battle, those decks are shuffled together and you draw six cards. Your party’s turn is made up of three card plays, after which the enemy team’s chosen cards are added to the stack. Those plays resolve in order and, if both sides are still standing, the next turn begins with you redrawing to six cards and starting again.

It’s wonderful how quickly the potential complexity reveals itself here. Every character brings a slim 8-card deck, meaning even your first unlocks provide a headache as to what to pick. And don’t think you’re going to just pick your most powerful cards. Stronger cards use up a resource called Steam Pressure, but the only way to build Pressure is by using weaker cards, necessitating decks that can consistently generate enough Pressure to keep their best abilities viable.

You can redraw up to two cards in your hand per turn, which initially seems only to facilitate getting to those Pressure builders. That is until the game introduces Heroic Chains; use three cards from one character’s deck in a single turn and you’re rewarded with an extra effect, often more powerful than the majority of your deck. It’s clearly a central mechanic rather than just a bonus – in the demo’s final boss battle, practically the only way to survive was to consistently build Chains with healing or protective effects.

Those are just the systems introduced at the beginning of the game. There are elemental ability types, and strengths and weaknesses to contend with, which I’m sure will become key to deck-building. There’s the hint of different equippable weapons for characters (I’m told Heroic Chain effects can change, which I’m guessing is linked to weaponry). I’m not shown it, but card crafting will also become a part of the fabric of the game, incentivising collecting resources as you travel.

It’s fair to say I’m excited to see how far all of this goes. Quest will live or die on how well it can keep up the potential for play with its core systems. Thankfully, the SteamWorld series proves Image & Form has the ability and desire to do just that. Dig’s upgrades changed how you viewed the world you’d grown used to, Heist’s character abilities broke and remade its turn structure – I’d hope Quest will add more characters, more decks, more wrinkles to those paper-smooth systems, and have us re-evaluating its card game over and again. If it does, Quest will be as likeable as ever, but it could become the smartest SteamWorld game, too.

SteamWorld Quest will be released first on Nintendo Switch later this year.

Joe Skrebels is IGN’s UK Deputy Editor, and he gets very excited about card games before he realises how bad he is at them. Follow him on Twitter. 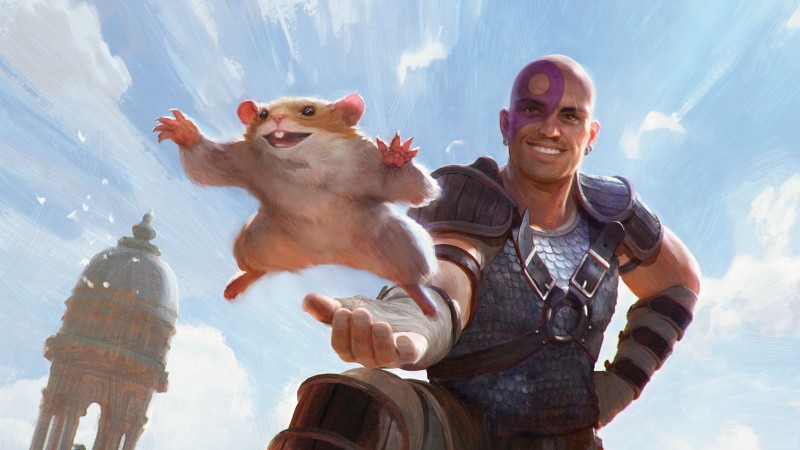 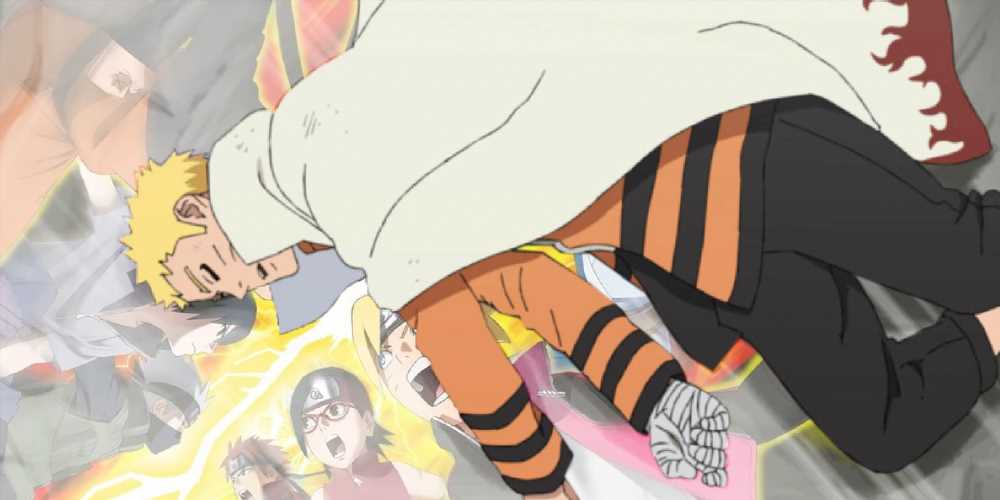