Home » PC » Everything new coming to World of Warcraft in Shadowlands

World of Warcraft’s next expansion is taking us to the Shadowlands, which are the realms of the dead. This new expansion is all about death, and what comes after that. It’s also going to contain dungeons and raids, quests, storylines, and loot for completing all of the above. While we can expect a lot of the World of Warcraft formula to remain the same, Shadowlands does have some new features that will change the game.

Covenants control different domains within the Shadowlands, and accept souls that fit into their world. Players can ally with one of the four covenants to earn rewards, including a full set of armor, and each Covenant controls a leveling zone. Each Covenant will grant class specific abilities and ongoing companions that can be unlocked through a quest campaign.

Kyrian of Bastion: These are steadfast defenders who ensure mortal souls can make it into the Shadowlands.

Night Fae of Ardenweald: This Covenant is all about nature, and these fae defend the spirits of nature.

Venthyr of Revendreth: This is the goth covenant: these vampires feast on souls and hang out in opulent castles

Necrolords of Maldraxxus: These are warlike skeleton lords who lead an undead army to defend the Shadowlands and reward glory seekers and soldiers.

Because everyone in the Shadowlands is dead, we’ll be running into two characters from the past: Kael’thas Sunstrider, a fan favorite who many feel was turned into a villain unfairly, and famous paladin Uther the Lightbringer. 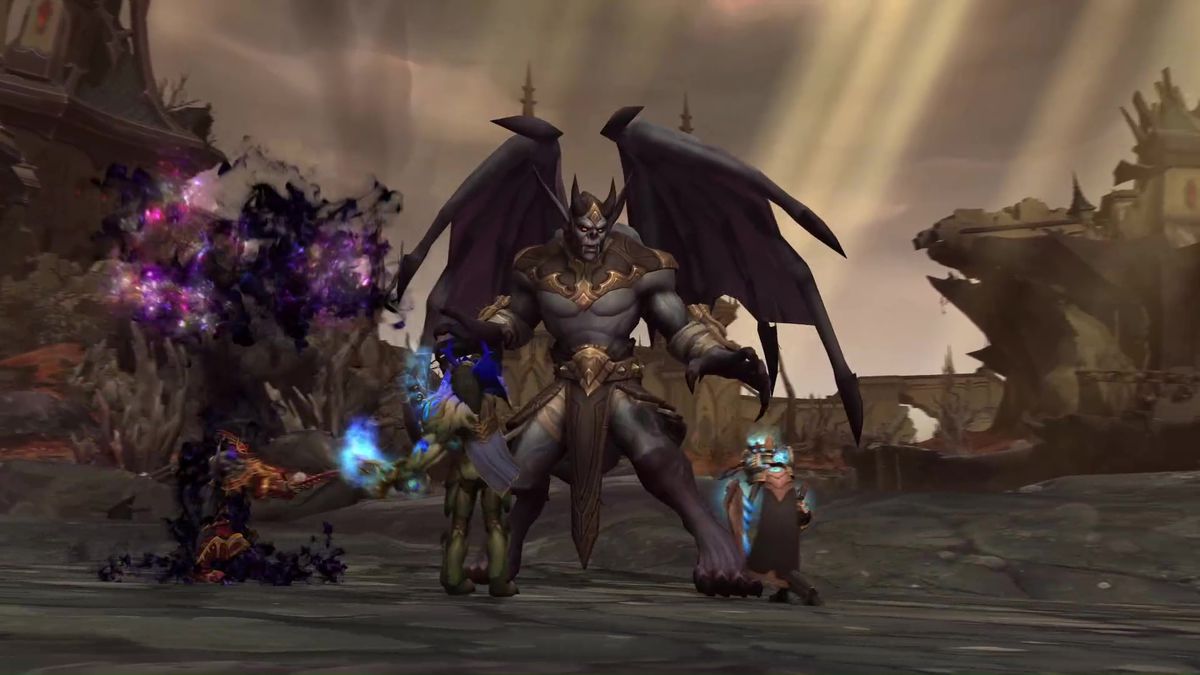 Legion had a Mage Tower that offered class-specific challenges. Now, Shadowlands has the Tower of the Damned, a prison of souls. This is a replayable, roguelike-style content well, where players enter randomized dungeons to fight their way to the final boss, the Jailer. Players can free spirits for new allies, and of course earn new epic loot.

Players could get to level 120 in Battle for Azeroth, which is a little silly. Instead of going to 130, World of Warcraft is now capped at level 60. Current max level characters will begin Shadowlands at level 50. We can likely expect this to change the current levelling experience as well, and this may allow players to level up in older content as opposed to progressing through each expansion in order of release.

Every race will be able to roll a Death Knight now. Bolvar, after getting his ass beat by Sylvanas, is raising a new army of the damned. That means we’ll see Vulpera, Pandaraen, Nightborne, and Zandalari Death Knights, among all the other new races introduced since Cataclysm.

Players will also get new customization options — hairstyles, facial features, and so on. This has been a longtime demand of World of Warcraft fans, and its been especially needed for races like the Nightborne, who only have a few options to customize their appearance.

We’ll be getting more details on Shadowlands as BlizzCon 2019 progresses. Shadowlands will be released sometime in 2020.