Home » PC » To totally know this game’s character, you must erase every single page of her diary

Looking back through a book of memories, I come upon a moment between Kasio (Short for Cassiopeia) and her mother. It’s a typical argument from ripped from anyone’s mid-20s, between well-meaning parents and their kids who just haven’t figured out their path. The parents want what’s best, but have forgotten how to not sound patronizing when asking a billion questions … about finding a partner, settling down, getting into a good job. What happened to college? What happened to the drive you used to have? Even just reading the words dredges up my own memories. Then I erase it, as If Found… wants me to. It’s hard. Slowly removing everything that makes a person into a person, memory by memory.

Four years after their previous game, Curtain, designer Llaura McGee and the team at Dreamfeel are making their development return with the dreamy, heartbreaking If Found…, a narrative adventure surrounding an astronaut’s slow descent into a black hole.

The art style of If Found…’s (published by Annapurna Interactive) is a departure from Curtain’s low-resolution pixel work, but the same strength of character writing and sometimes-uncomfortable intimacy continues in the newer game’s more grand setting. In the demo presented at 2019’s PAX West, I was presented with the game’s first few moments, as deep space astronaut Kasio (short for Cassiopeia) descends into a black hole, in the place of what was once thought to be the tenth planet in our solar system.

Presented through a series of airy, watercolor-y vignettes, every action to progress involves erasure – literally, as the cursor is replaced with an eraser tool similar to those in digital art programs. Swipe away the layers of the screen before moving on, erasing each story beat before moving onto the next one. Even the game’s few title screens must each be wiped away before beginning the game proper.

Erasure as a central action underlines the game’s sense of loss. Here, it is not the interpersonal, intimate loss of a relationship as seen in Curtain, but instead, the breadth of Kasio’s entire life. Her approach and descent into Black Hole X is shown through a recollection of her life up until now, sometimes as diary pages and sometimes as short scenes. Your dive into her history is one of slow, painstaking erasure of all that made her who she was, ending at the final decision to undergo the mission to Planet X.

It’s a linear affair, conveyed primarily through minor animations and text, but the simple nature of the story helps further the game’s feeling that this is all preordained, even destined. Kasio’s life is marked by many of the same struggles that most 20-somethings have: parental pressures, breakups, friends growing distant, the occasional choice to start a band. It’s the grounded and familiar beats of young adulthood that make their juxtaposition against soft-science-fiction feel so dreamlike and mysterious. 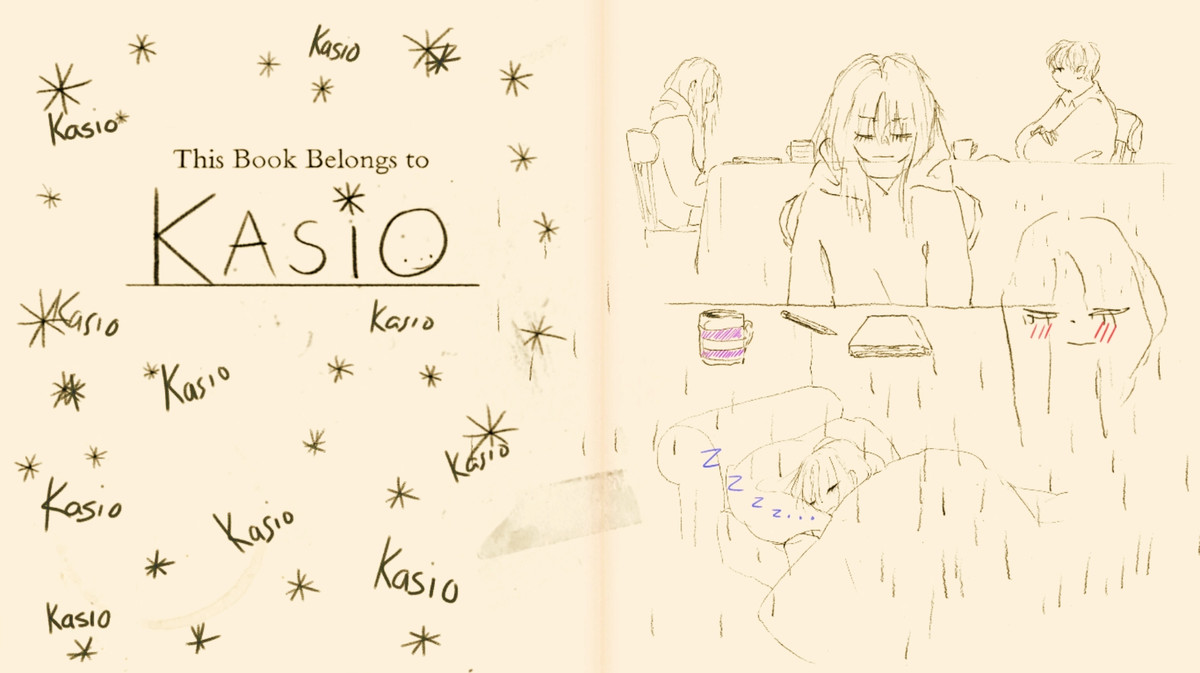 At times, If Found… feels like navigating a storyboard or comic book, as erasures move the camera itself through a scene, at others it feels like rifling through a friend’s diary. Kasio is a determined woman, and it’s not hard to see parallels to more mundane journeys in her story of pursuing a dream that leads to the erasure of all other facets of her life. There is a single-mindedness to Kasio that would be familiar to anyone who feels that their goals lead them to push others away, even accidentally.

Kasio’s story is grounded in the experiences of growing up in West Ireland in the 1990s, but it’s also made ethereal and dreamy by the artwork and audio design, creating an atmosphere that feels at once relatable and voyeuristic–fitting for a game about delving into the memories of another person.

If Found… is expected to release in 2020 on Steam and iOS, and is published by Annapurna Interactive.