They may have Slimes, but Dragon Quest Builders games are really nothing like their RPG brethren. Effectively they’re Minecraft RPGs, with a focus on questing, crafting and block-based building. Dragon Quest Builders 2 follows the format of the first game almost exactly, but several additions do make the experience more player-friendly, so long as you know what to look for. This guide will walk you through the first few hours of Dragon Quest Builders 2, helping to ensure that your boxy metropolis remains the largest in the land.

Get ready to read (or don’t)

The Dragon Quest franchise tends to be pretty hand-holdy, and Builders 2 is no different. You’ll be introduced to new mechanics throughout the entire game, but they come fast and furious in the first several hours. There are a ton of tutorials to plow through, explaining the basics for people who didn’t play the first game and the new elements that have been added in the sequel.

Whether you pay attention is up to you. I found myself skipping through a lot of this stuff to get to the action a bit quicker, and I didn’t have any difficulty figuring out the new elements without being walked through them by the nose. Suffice it to say you shouldn’t be worried about missing major plot beats if you button mash through them. 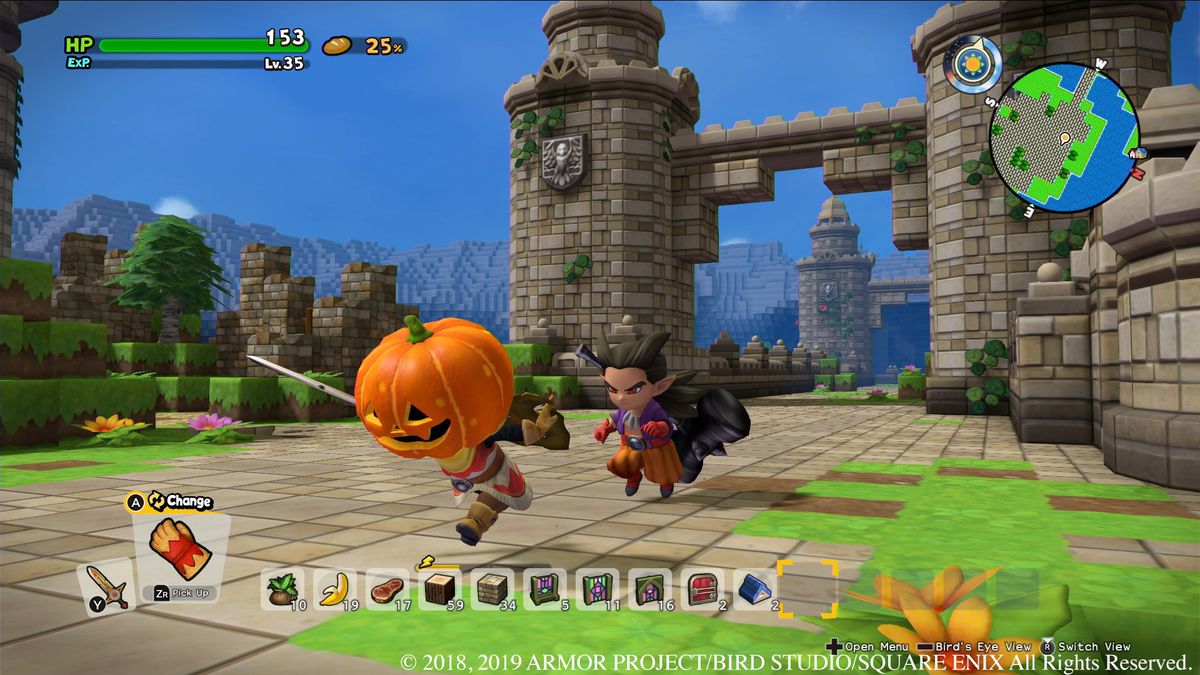 If you played the original Dragon Quest Builders, you’re going to be very pleased about some of the changes in the sequel.

For one thing: You can run now. In the previous game, all you had at your disposal was a slow march through the wilderness. Sprinting in Builders 2 is limited by a stamina meter, but don’t be afraid to use it whenever possible. It’ll increase your exploration time dramatically.

Another helpful change: Weapons and your building hammer don’t degrade anymore. Whenever you get a new weapon, you should view it as a direct upgrade. Always be sure to equip your latest and greatest gear, as it’ll be a huge boon to your survivability.

The last major improvement: fast travel. Even with the newly added sprint, hoofing it all over the map can suck. You can now fast travel to any places you’ve been, even if they’re on a totally different island. Just pull up the map and scroll over to a landmark to whisk yourself away on a cloud of, I don’t know, magic probably?

Let the town do the work

You’ll be doing a lot of the heavy lifting yourself, but you will have a lot more help from the A.I. this time around. As you progress in the story, you’ll meet new residents that will join your town. In the last game these residents didn’t do a whole lot, but this time around they’ll be much more helpful.

Town inhabitants can harvest crops and cook food. They can even build new structures for you, assuming you provide them with the resources required. They’ll also fight for you when things get particularly hairy.

The key to making the townspeople useful? Help them out! Minor tasks around town will increase the motivation of your villagers (represented by yellow hearts). This will grant them new abilities, making them even more independent, freeing you up to leave the boring stuff to them. 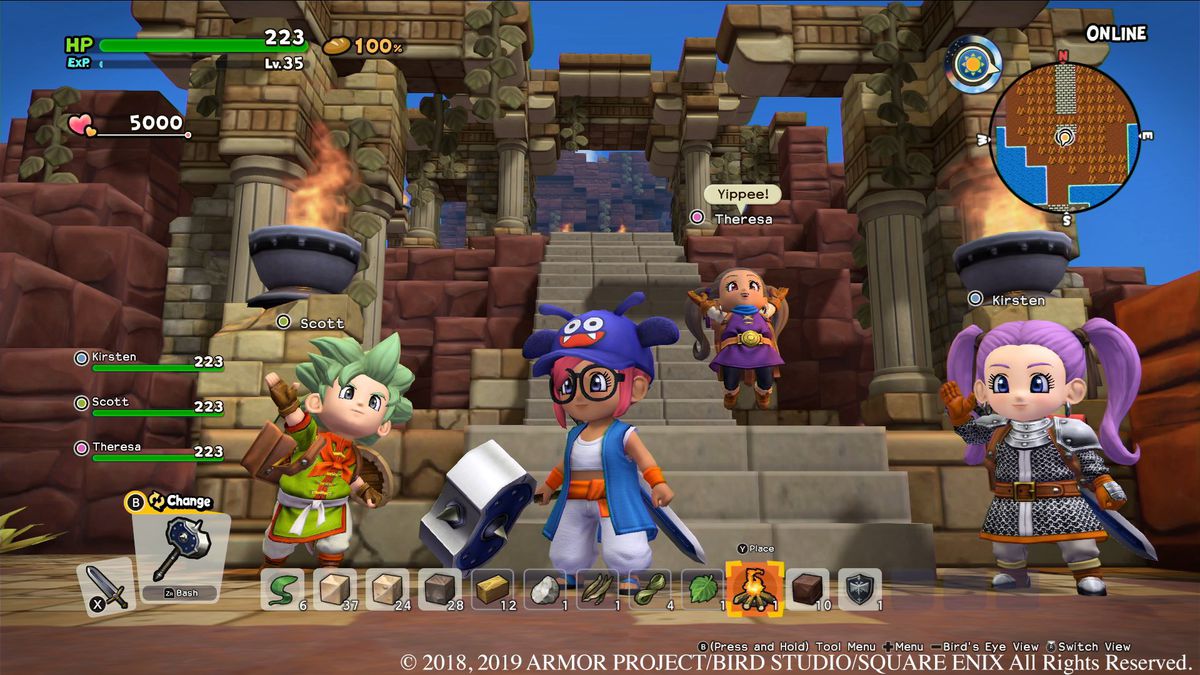 To play with other people in Dragon Quest Builders 2, you’ll need to progress past the first hour or so of the story. Once unlocked, you’ll be able to join up to three other builders on the Isle of Awakening, which basically acts as an open sandbox area. You can build, explore and fight with your buddies, but progressing in the campaign is a no-no, as that’s strictly for single-player.

The biggest lesson: Take your time and be creative. While the blueprints require strict block placement, there’s no reason you can’t gussy up your towns with fancy decorations and other additions. This is your world, after all.

Lady Gaga Can't Wait to Get Married and Have Kids
PC