At PAX West 2019, Gearbox took to the main stage to reveal Borderlands 3’s endgame content. After the game’s main story is over, players can continue to grind loot in a few different game modes. One of them, Mayhem Mode, is all new.

Mayhem Mode will be different from Borderlands 3’s Proving Grounds or Circle of Slaughter arenas, which are timed modes. Mayhem Mode will deliver a stronger challenge, with attendant XP and loot rewards, that varies enemies’ and monsters stats round to round.

Elsewhere in the endgame offerings, True Vault Hunter Mode will return. That is a harder difficulty that debuted with Borderlands 2 and pays out greater rewards to players. Gearbox will also supply Borderlands 3 with a new Guardian Rank system, which is similar to the Badass Rank system from Borderlands 2 that allowed players to increase their stats via challenges.

Gearbox says all these modes should feed into one another, giving players more loot to play with and greater customization after the story. The studio also shared the early post-launch roadmap for Borderlands 3 content support. 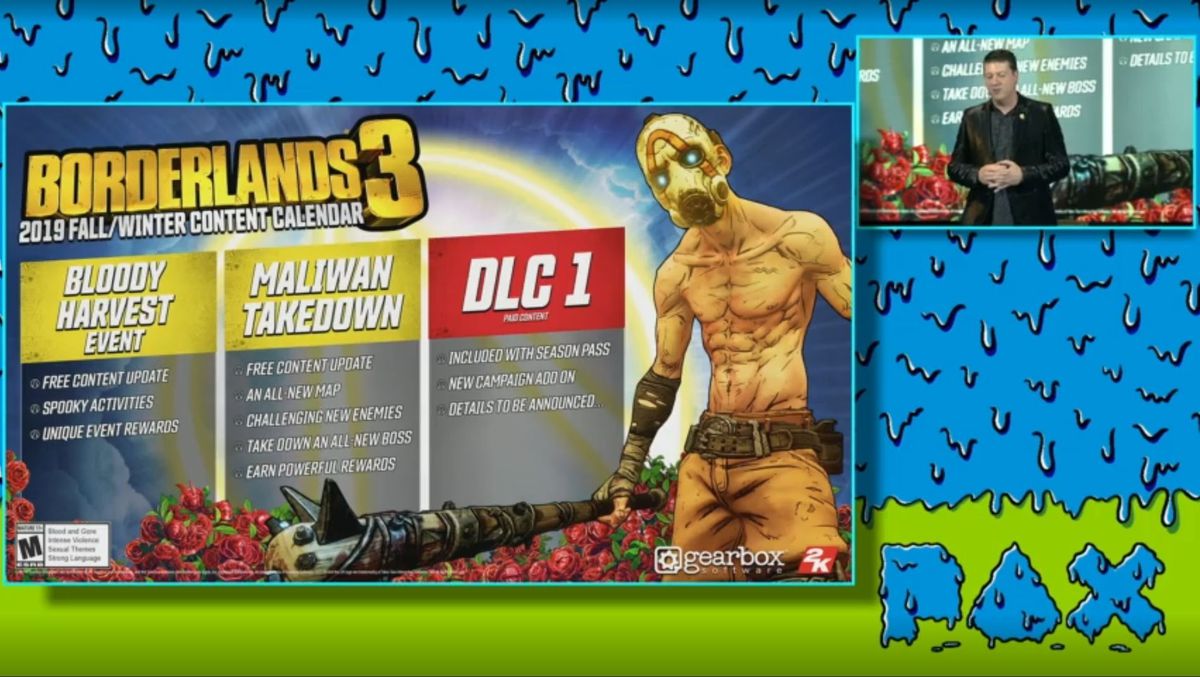 That will begin with a Halloween-themed event, the “Maliwan Takedown” with a new map and new foes, followed by the first premium DLC extension, which is included with the game’s season pass.

Gearbox will release Borderlands 3 for the PlayStation 4, Windows PC, and Xbox One on Sept. 13.

PS Plus 12-Month Subscription For $41 (PS4)
We and our partners use cookies on this site to improve our service, perform analytics, personalize advertising, measure advertising performance, and remember website preferences.Ok