Home » PS4 » Here’s how cross-save will work in Destiny 2: Shadowkeep

One of Destiny 2: Shadowkeep’s most exciting new features is cross-save, which will allow players to jump between Google Stadia, PlayStation 4, Steam for Windows PC, and Xbox One without losing progress.

But cross-save is a complicated tool, and it requires a bit of explaining to understand. In the Out of the Shadows ViDoc and through a small page on their website, Bungie has started to reveal details on exactly how cross-save will work. 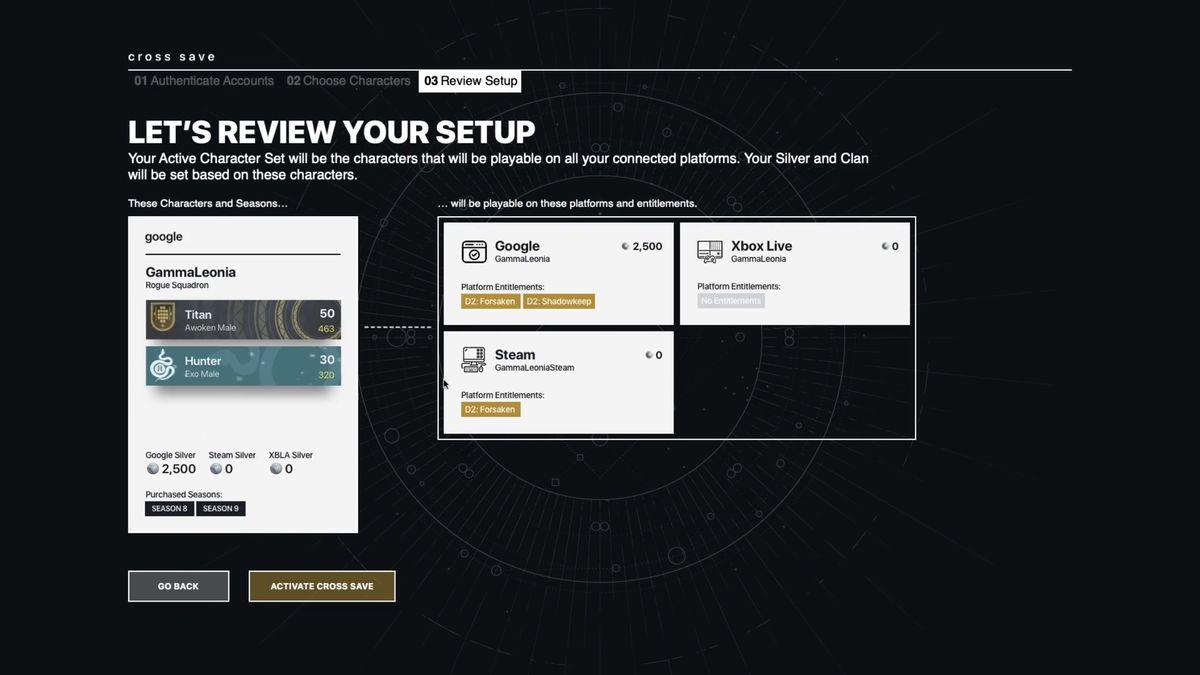 When cross-save goes live, players who have multiple accounts will need to choose which account they want to cross-save with.

Players got a glimpse of this UI during the ViDoc (seen above), and it shows players linking a single account to multiple consoles. After players link their Destiny 2 profile to their Google Stadia account, Xbox Live Account, Playstation Network ID, or Steam profile, they should be able to log in, make progress on their Destiny 2 characters, log out, and log in somewhere else with that same progress intact.

For players who already have separate accounts on other platforms — a PlayStation 4 players that moved to PC, for example — adding cross-save won’t delete the older characters.

Players who have multiple accounts on multiple consoles won’t be able to merge accounts. For example, a player with a Warlock on PC and a Titan on Xbox won’t be able to tie both characters to the same account. Players will need to choose which account will be dominant.

It also seems that players won’t be able to merge Silver — the real money currency in Destiny — between accounts.

Cross-play — meaning players on PC can play with players on PlayStation 4 or Stadia — and cross-save often go hand-in-hand. But this feature won’t be coming to Destiny 2 alongside cross-save.

However, in an interview with Jason Schreier, Luke Smith and Mark Noseworthy from Bungie’s creative leadership team mentioned cross-play as something they eventually want to see in Destiny 2.

Do you need to buy the expansions again? 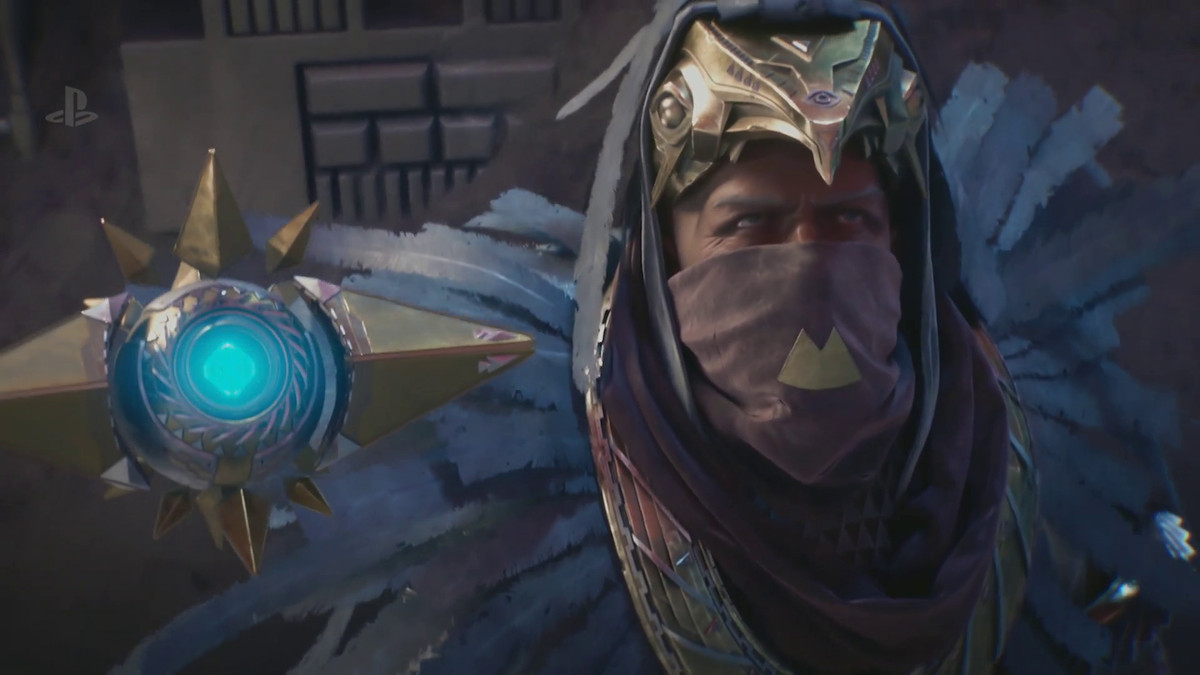 New Light comes with base Destiny 2, Curse of Osiris, and Warmind.
Bungie/Activision

Expansion licensing is the most complicated aspect of Destiny 2’s new cross-save feature.

If you plan to play on multiple consoles, you may be wondering what exactly you need to purchase to make Destiny 2 work. Do you need to buy everything on the second console?

To play expansion content, you’ll need the expansion on the platform you’re playing on. For example, the Last Wish raid is part of the Forsaken expansion. If you have it already for Windows PC, but want to play it on PlayStation 4, you’ll need Forsaken on PS4.

But if you want to run around in the Dreaming City, or explore the Shattered Throne dungeon, or complete and Forsaken Exotic quests, you’ll be fine with the free version of the game. Destiny 2: New Light lets players explore every world, play PvP, Gambit and run Strikes.

It’s also worth noting that if you have Forsaken in one location and switch to a different location, the game won’t restrict your loadout. So just because you can’t complete a Forsaken Exotic weapon quest on a platform where you don’t own Forsaken, you can still use that Exotic weapon once you have it.

If you ever get confused on what you have where, it looks like the cross-save setting menu will keep track of all your licenses on your platforms.

Can I do cross-save now?

Cross-save isn’t out yet. But on their website dedicated to cross-save, Bungie mentions the feature will arrive later this summer. Destiny 2: Shadowkeep doesn’t come out until Sept. 17 — which we consider a fall release date.

You can sign up for cross-save notifications on Bungie’s website so they’ll email you when the feature becomes available.

If I die, please delete my incriminating Sims save file