Sega has already completed work on replacing a character model in Yakuza spin-off Judgment, after the game was pulled from sale in Japan and Asia in March following the arrest of actor Pierre Taki on drugs-related charges.

The character of Tojo Clan affiliate member Kyohei Hamura, who was previously voiced by Taki and based on his likeness, will be replaced as a newly designed original model when the game eventually goes back on sale in Japan. The Western release date of June 25 will not be affected.

“We’ve already finished replacing it,” Yakuza Studio head Toshihiro Nagoshi told IGN last week, just 14 days after the initial March 13 announcement. “It’s an original character this time, not a performance capture. You’ll have to wait to see what he looks like.”

Commenting on the work involved in the replacement process, producer Kazuki Hosokawa explained, “First of all we had to replace the character model and re-record all of the dialogue. But replacing the character model is only the start: We had to change all of the pre-rendered cut scenes Hamura appeared in; also, his face appears on some of the evidence that you present on your smartphone, so we had to replace those textures; and some trophies had to be changed too.” 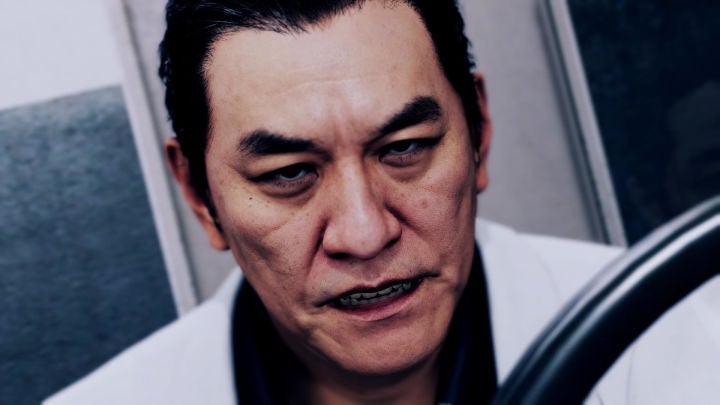 Sega announced on March 13 that it would temporarily remove Judgment from sale in Japan and Asia, just one day after Taki’s arrest on March 12 for use of cocaine. He was later indicted by prosecutors on 2 April.

Nagoshi described the events that led to his decision to replace the character in the game.

“I heard it on the news just like everyone else, at about 12:30 at night, and within 5 minutes I was bombarded with phone calls and emails,” he told IGN. “Within 30 minutes I had suggested various options, and within an hour we had a firm plan (to replace the character). By the following morning we had an estimate for the cost.”

He added that other options included “doing nothing”:  “There was an option to leave it as it was, but personally I felt strongly that changing the character was the right decision. It’s hard to know how big the risks are. If the game had already been on sale for several years, I don’t know what the outcome would have been. But this was just three months after the Japanese release, so it was still hot, and I think that requires a sensitive approach.”

Regarding the Western release on June 25, he said the team’s swift decision was key to avoiding a delay. “If we had debated the options for several days, we would have never been able to keep the same release date,” he said. “It’s best to honor the release date if it’s possible to do so. Delaying a game causes all sorts of annoying problems! So it’s much better to be on time – and we will be.”

The Yakuza games have cast famous actors and personalities throughout the series, including renowned yakuza movie director and actor Takeshi Kitano. Yakuza 4 actor Hiroki Narimiya was replaced when the game was remastered for PS4 in January 2019, nine years after its release on PS3, since he had retired from the entertainment industry in the interim following accusations of drug use.

Japan is particularly intolerant of illegal narcotics. Beyond the severe legal penalties, it is a culture where public perception is critical, and involvement in a scandal of any kind can be enough to end a celebrity’s career.

In addition to Taki’s removal from Judgment, Disney halted sales of the movie Frozen, in which Taki voices Olaf, and Square Enix announced that it would replace him as the voice of Olaf in Kingdom Hearts III via a patch. Taki is also a musician, as part of pioneering electro duo Denki Groove; their music was pulled from streaming services, and Taki was dropped by their management company, Sony Music Artists.

When asked whether the Taki scandal will influence the team’s decision to use famous faces in future, with all the associated risks that can bring, neither Nagoshi nor Hosokawa seemed particularly deterred.

“We’ve been casting celebrities in our games for years, using their voice and their likeness, so it’s always been in the back of my mind that there could potentially be a risk,” said Hosokawa.

“If you start to worry about that, you’ll be suspicious of everything,” said Nagoshi. “Some companies might be scared off from working with famous faces after a situation like this, but I prefer to trust people and believe they won’t let me down.”

Judgment will be released on June 25, with digital pre-orders granting early access to the game from June 21. For more from the Yakuza team, read our deep dive interview on Judgment and Yakuza’s history.

PS4 Is The Second Best-Selling Console Of All Time