Ranking VALORANT’s agents isn’t easy to do. Riot Games clearly focused plenty of energy on maintaining competitive balance, and therefore, each character is a viable choice. Nevertheless, some agents have risen to the top in popularity – and for good reason.

This list is highly subjective and many placements came down to the wire. That being said, let’s jump into it. 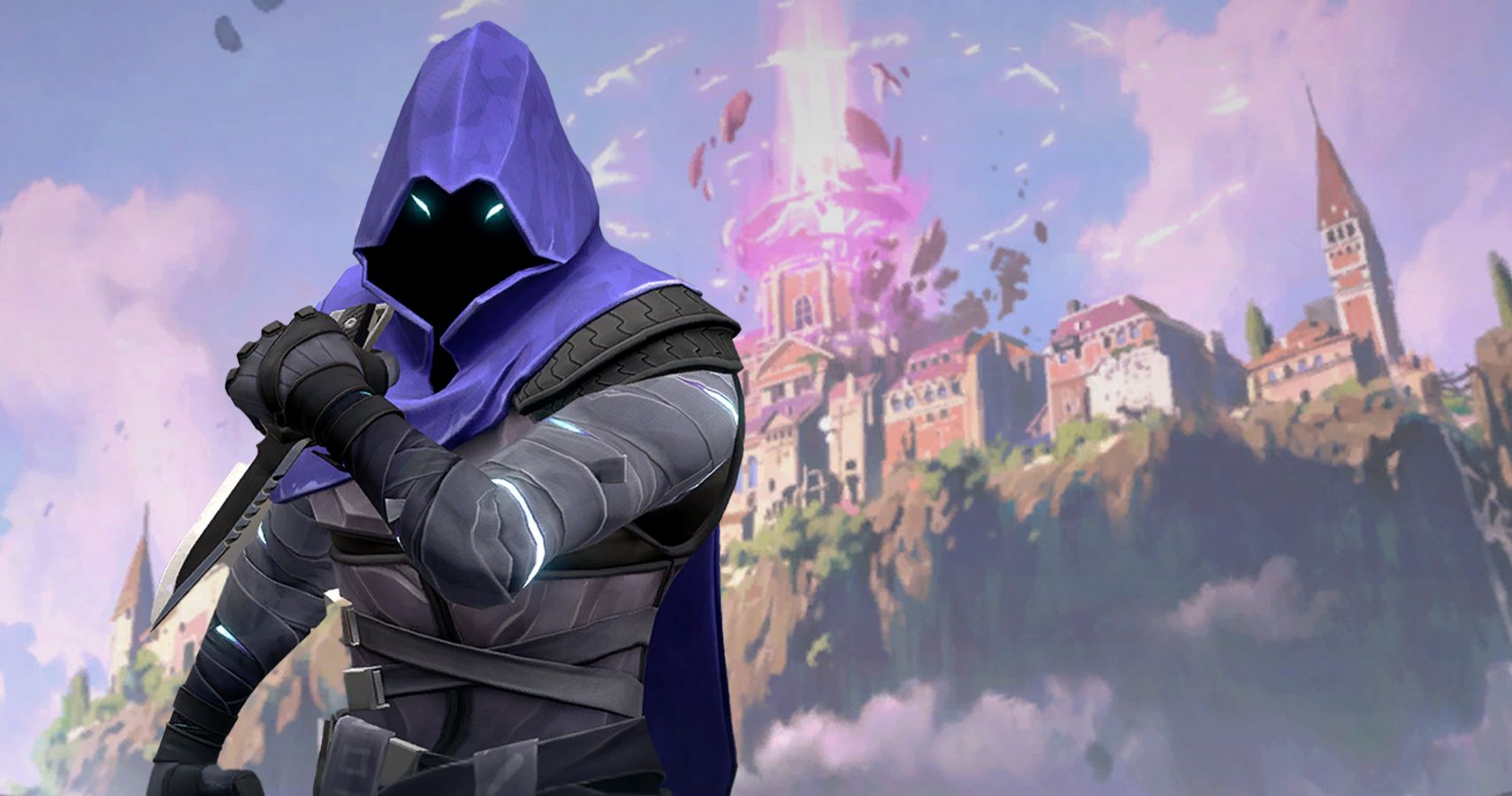 I’m going to get flack for this. But to be honest, one factor makes Omen less viable in the competitive scene: his predictable abilities leave him extremely vulnerable. His smokes are good, but they require manual placement and actuate very slowly. While Brimstone has the same grievances, he can place three smokes with much greater range, rendering Omen’s a worse alternative. His teleportation is also limited in range and quite slow to actuate. As far as his ultimate, it can be quite good, but the fact that everyone is acutely alerted upon its use makes it very difficult to be stealthy. 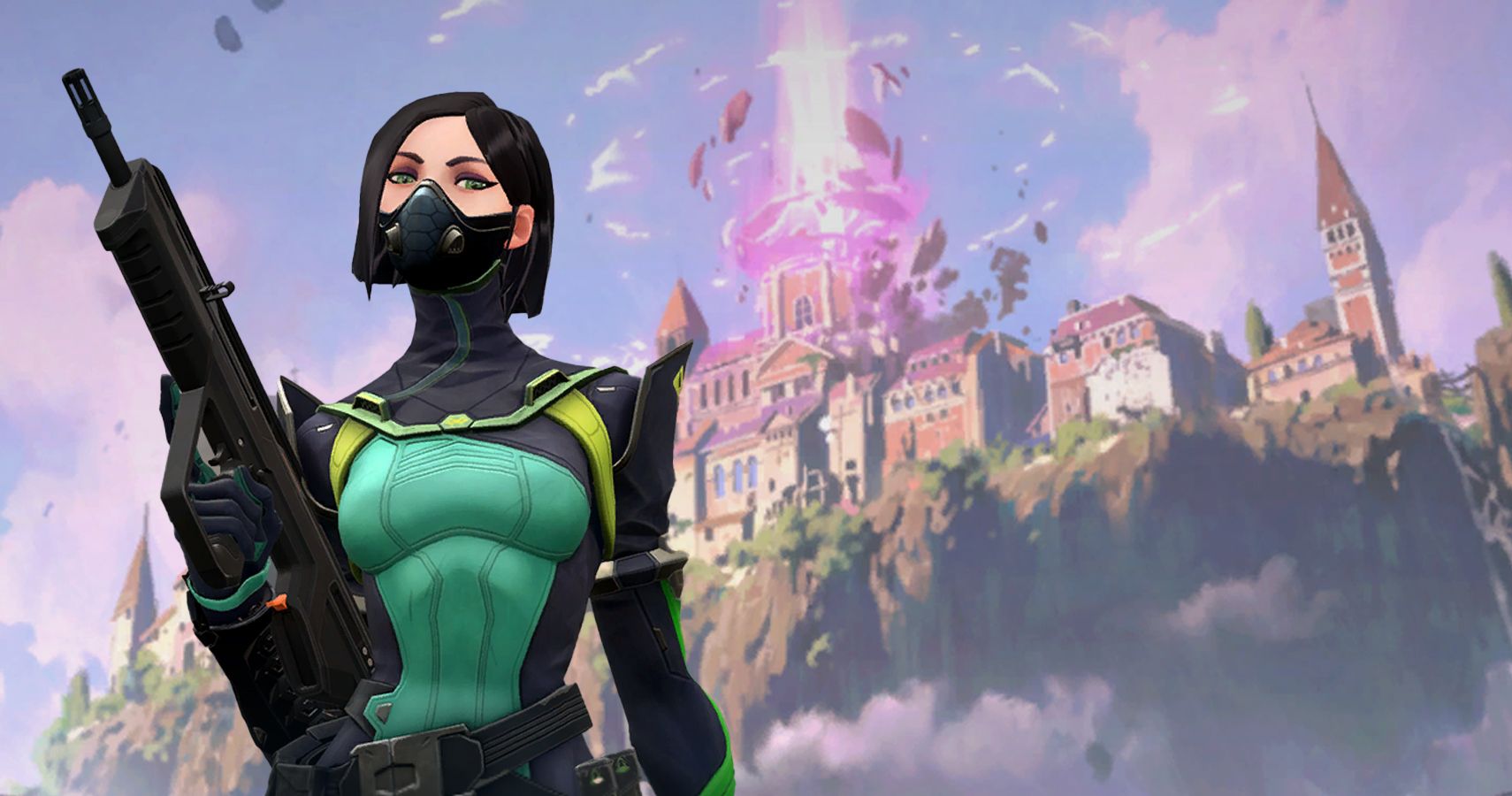 Viper is fantastic for a brutal 9th rating, but hear me out. Her abilities, while useful, can be functionally replicated by those of other agents. Her Toxic Screen and Snake Bite abilities are very similar to Phoenix’s; Her smokes can be replaced by Jett’s, Omen’s, or Brimstone’s. Her Viper Pit is useful for spike plants, but can work against your team easily too. It is also impossible for enemies to die to the gas, leaving them at 1HP; If they see you first, you still may go down. 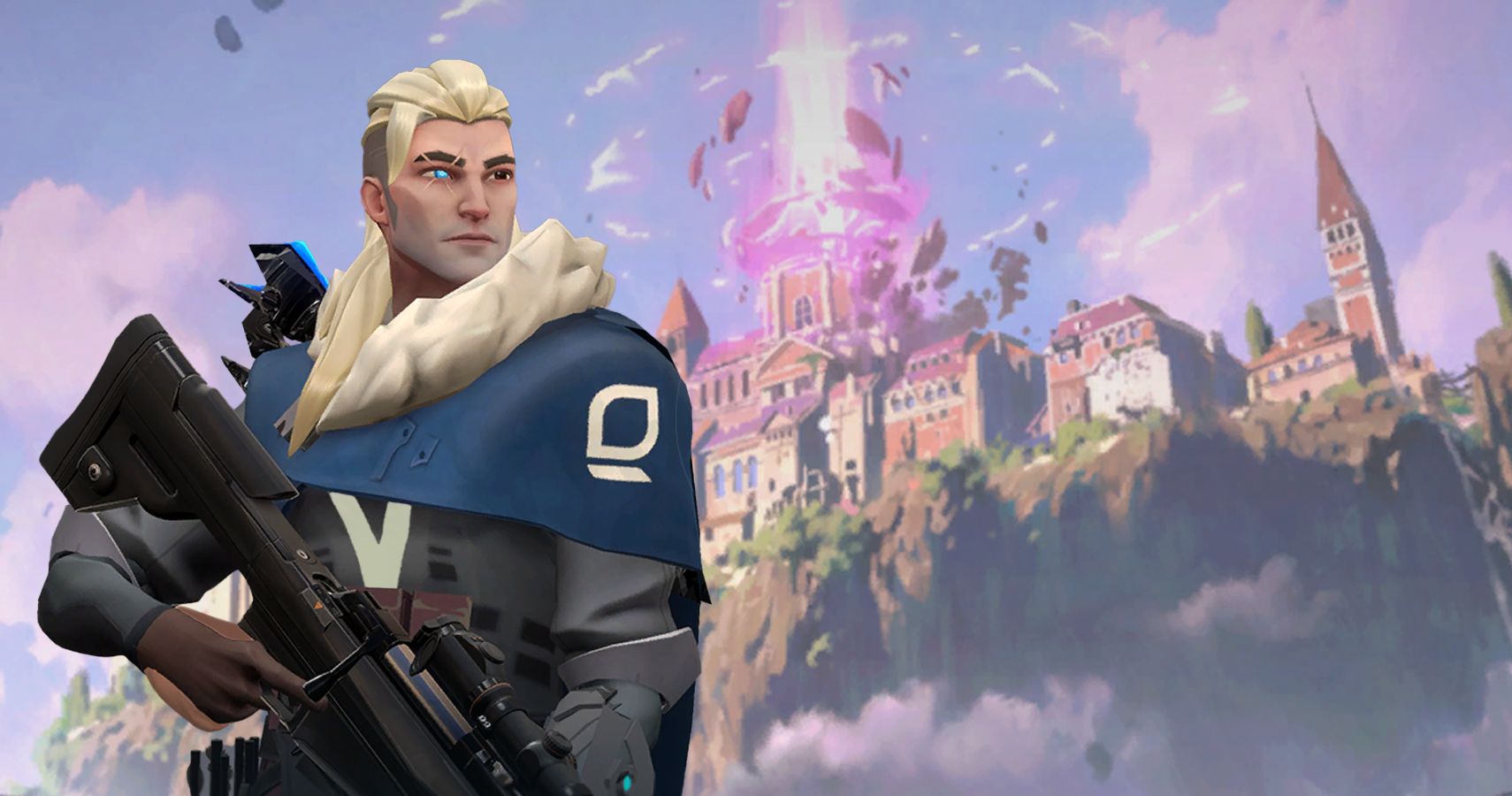 Sova, like Viper, is incredibly good for such a low rating, but he earns 8th due to a mix of the aforementioned issues. His arrow-based abilities leave him vulnerable, are easy to get away from, and can be replicated. His location abilities are powerful, but so are Cypher’s. Sova’s shock arrow and ultimate attacks are useful, but also loud and avoidable. Regardless, good Sova players are a nightmare to play against. 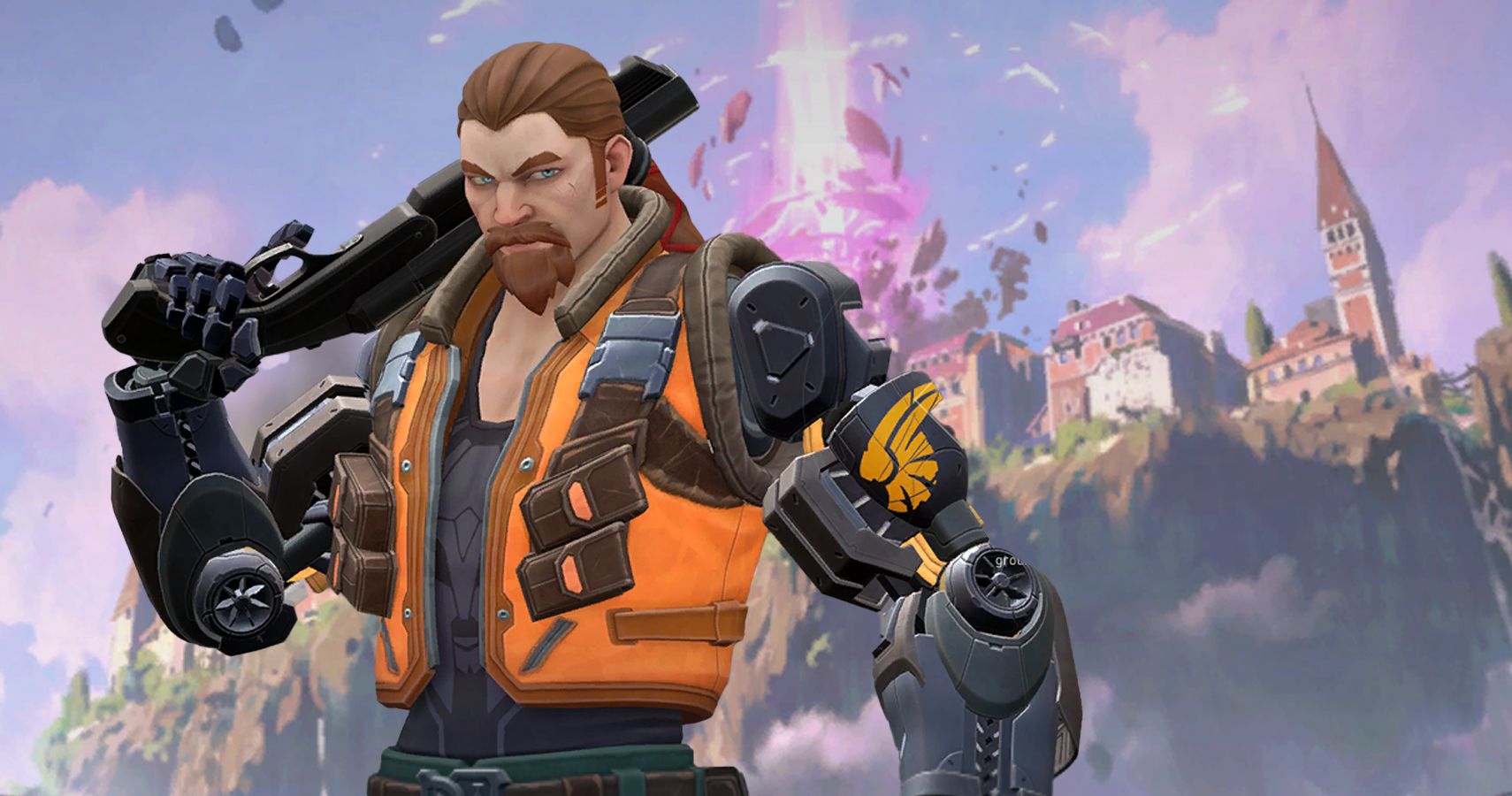 Breach’s abilities pack a massive punch. Even with slow actuation times, they have impressive range and can completely disorient opponents. He’s one of those characters that I almost put up in the top 3, but his abilities are non-vital. Phoenix’s flash ability seems to be a bit more versatile and athletic than Breach’s, and while his ultimate is powerful and flashy, Brimstone’s seems to have the edge with its killing power. 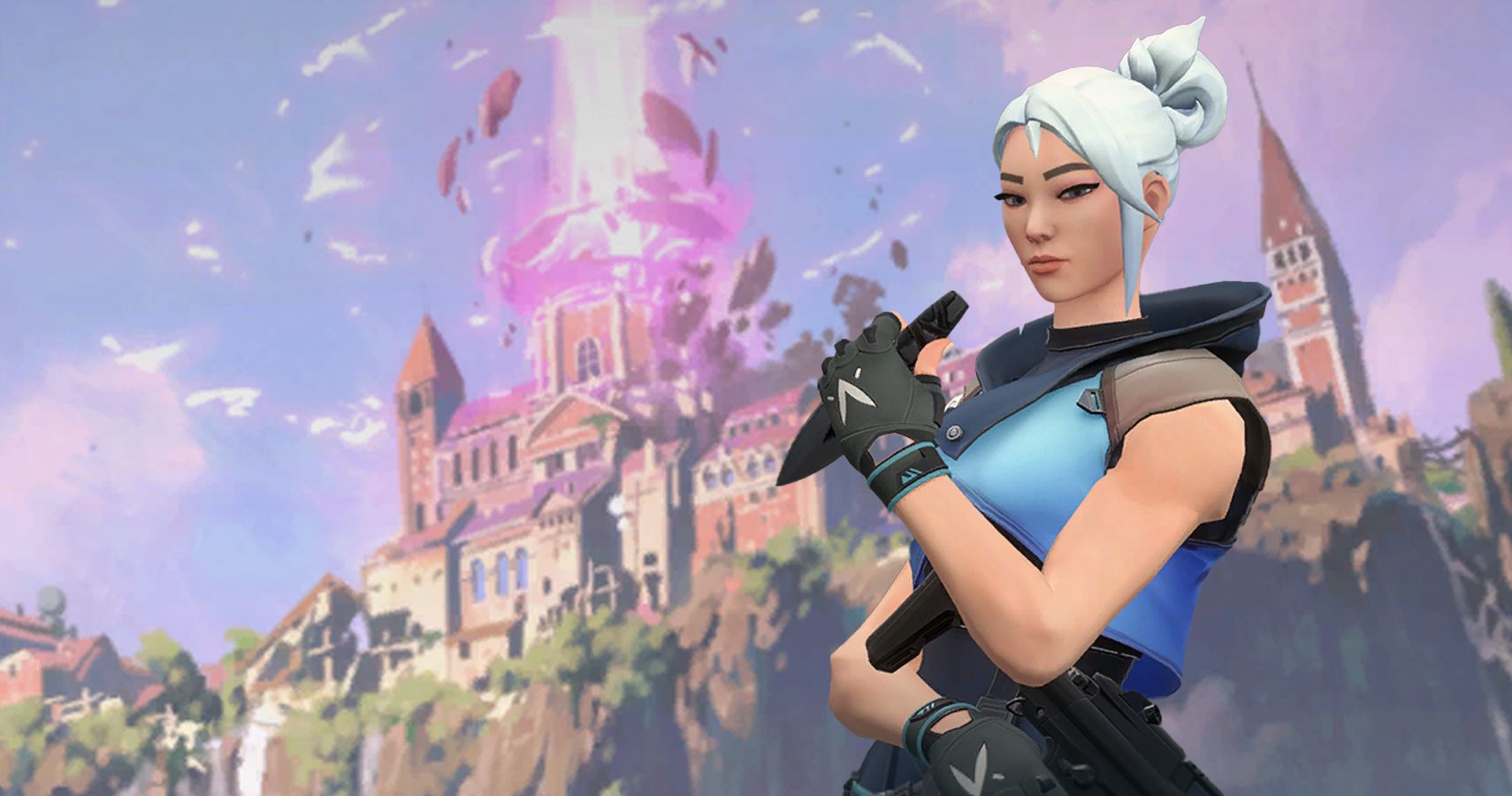 Jett is certainly a fan-favorite, so I imagine this is where I’ll get the most backlash. Heck, even I play Jett more than the other agents. Her abilities are endlessly fun, with speedy dashes and quick, versatile smokes. Jett’s primary function is to outmaneuver and overwhelm opponents, requiring clever movement and precise aim with her knives. In the right hands, she can run away with match MVP easily. However, aside from her less-than-unique smokes, her abilities are rather inward. That is to say, Jett doesn’t have a ton of avenues to assist her team, other than to slay out. 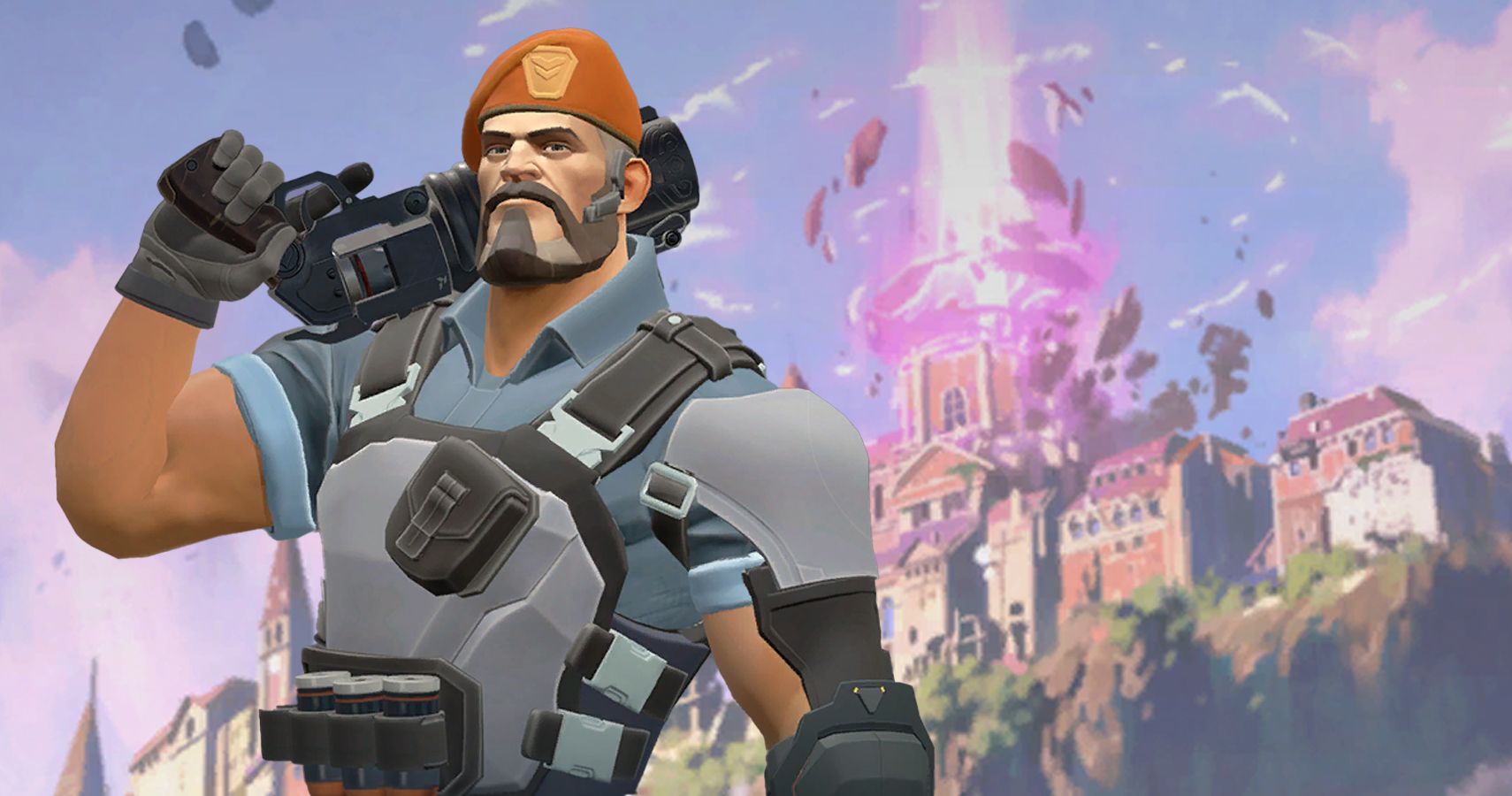 Brimstone begins the top-5 lineup on my list, bringing the best smokes in VALORANT for both offensive and defensive team plays. His incendiary grenade can zone out hot points; His Stim Beacon can grant rapid fire. Brimstone’s ultimate ability, Orbital Strike, has the capability to outright kill players caught within its range. Although not the largest area-of-effect, the strike hits quick and hard. 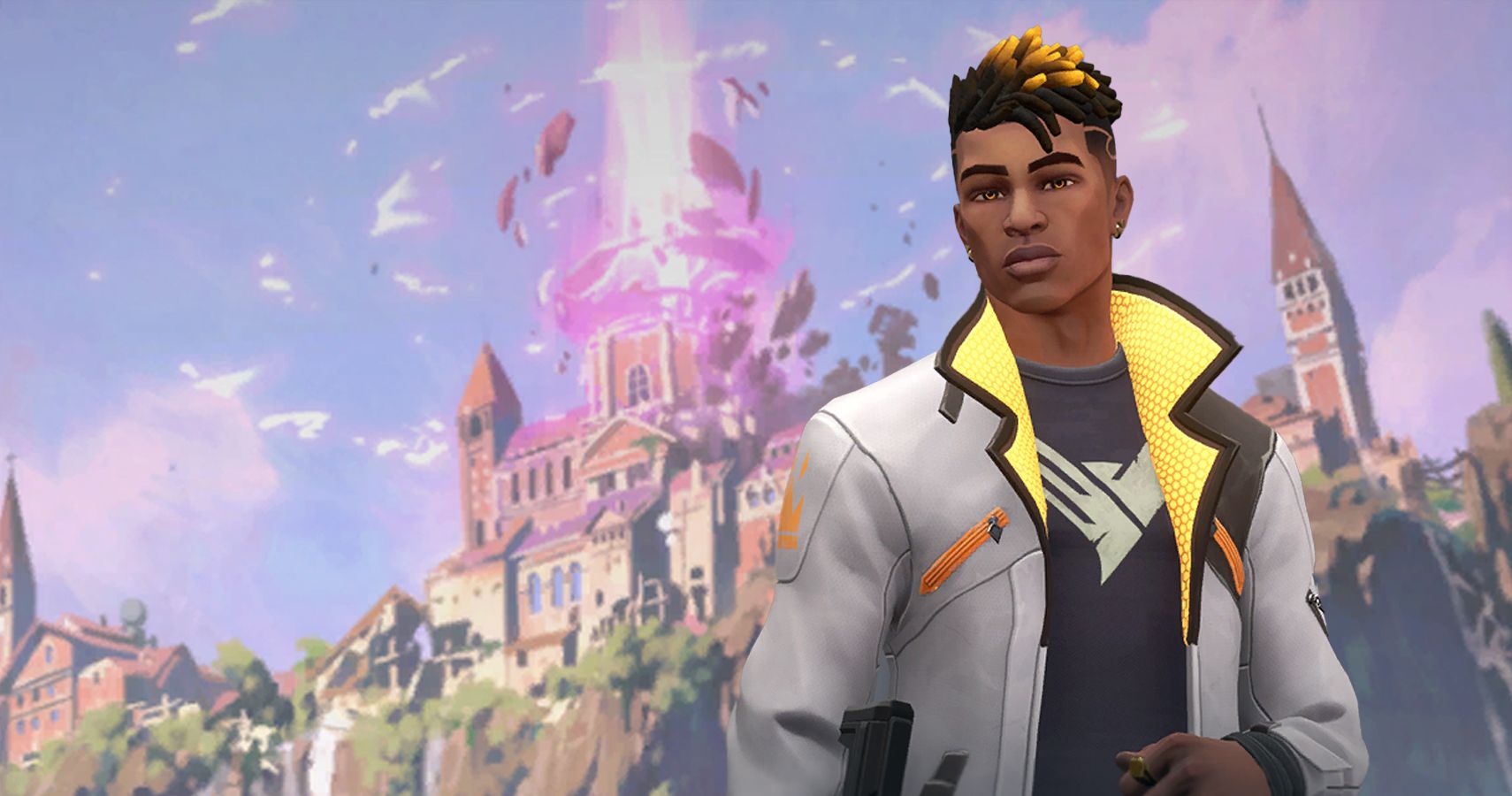 Phoenix is unarguably one of the best offensive characters. His Curveball ability is quick and maneuverable, completely obfuscating opponents’ screens. If a Phoenix player knows where you are when attacking, surviving his “flash-peak-shoot” combo is very difficult.

Phoenix’s Blazewall is decent for blocking vision, but mainly a great way to heal up quickly. His fireball is capable of self-healing too, not to mention blocking and damaging foes. Lastly, Run It Back gives Phoenix a free chance to push into any room, instantly reviving him if taken down during its duration; His ultimate ability is unique and endlessly useful. 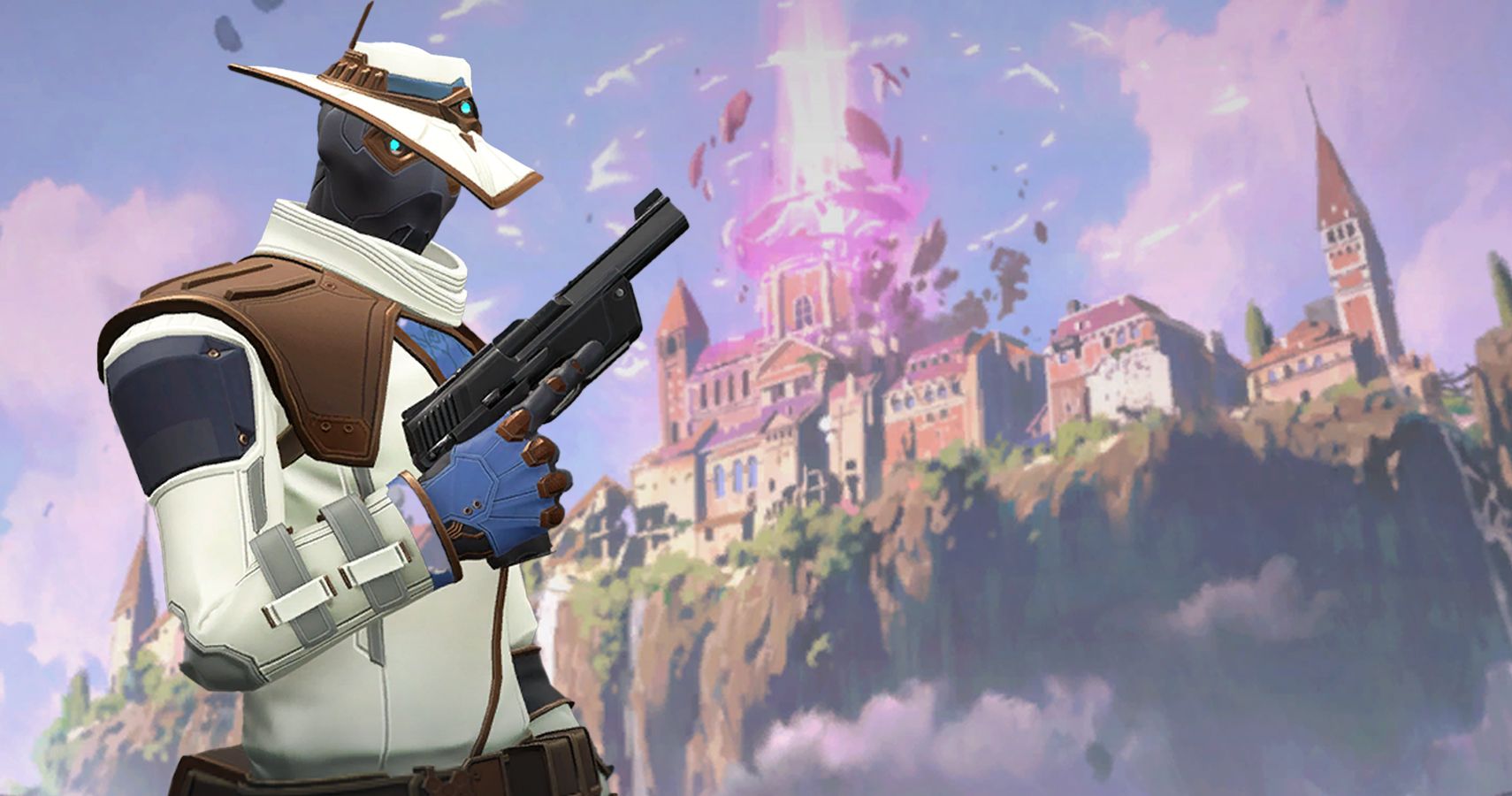 Cypher is the number one defensive character. His Trapwire and Spycam abilities are perfect ways for your team to allocate more resources towards other defensive points. Trapwires work completely passively. When an enemy is caught, they are revealed, dazed, and tethered. Even if destroyed, it will disappear on the mini-map, still alerting the entire team.

Cypher’s Cyber Cage is similar to ordinary smoke abilities, yet can be remotely activated will slow opponents caught within. His ultimate, Neural Link, will reveal the location of every remaining enemy – and knowledge is power in VALORANT.

Oh, and his camera can currently equip and shoot guns – an exploit that hopefully Riot is quick to fix. 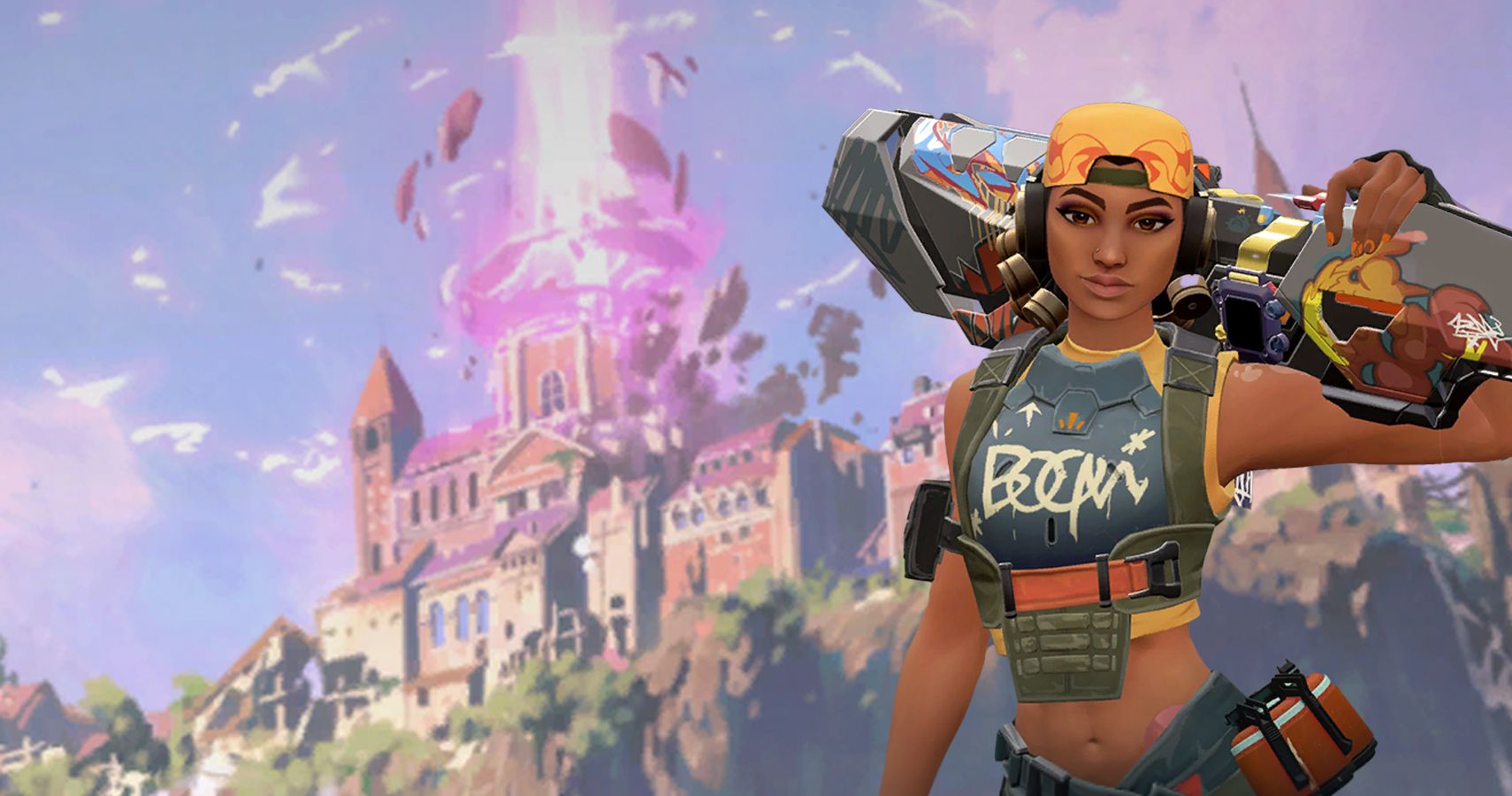 Currently, Raze is an offensive powerhouse. She has been the subject of debate lately, many believing her to be completely overpowered.

Raze’s grenades deal absurd damage, exploding in two, powerful phases. Her Boom Bot both locates and attacks nearby enemies. Even if shot at, a crafty Raze player can use that window to take the foe down. Her Blast Packs not only pack a punch, but also allow Raze to bounce upwards. Consequently, Raze players will often find new spots with cheeky angles. Finally, her Show Stopper is insanely powerful, dealing massive damage within a sizable area. Halo rocket launcher, anyone? 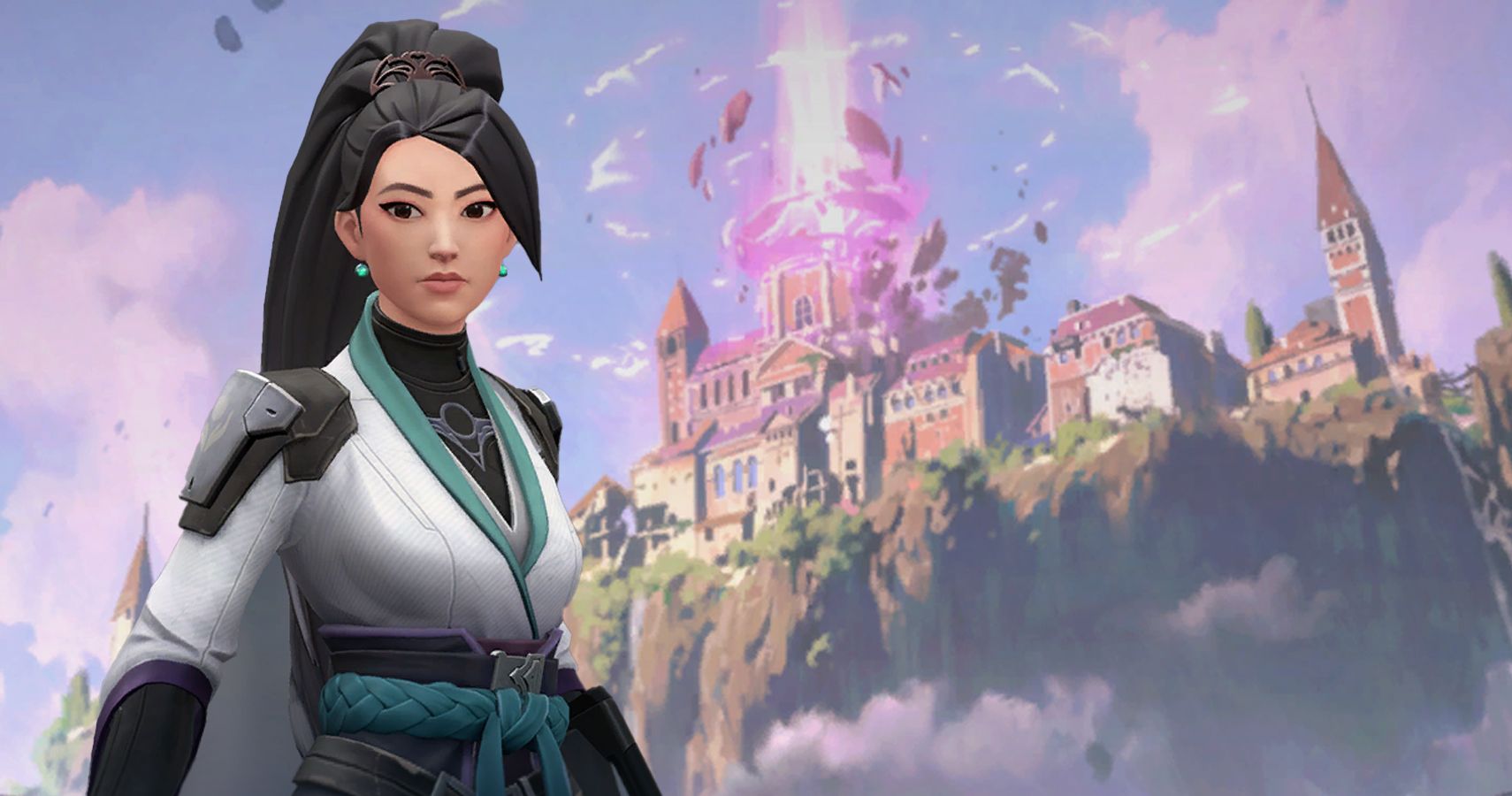 Sage takes the cake. Her healing orb is infinitely valuable in almost any situation. Shot in the body? Heal yourself. Teammate beat up? Heal them instead. Restoring lost HP is useful, and Sage can do it quickly.

Sage’s Barrier Orb ice wall may just be the most useful ability in the game. Whether attacking or defending, Sage can lock down an entire avenue with a massive wall. Additionally, when enemies use the teleporter on Bind, she can trap them in. Her Slow Orb is simply a great way to delay enemy pushes, rendering a large area almost completely untraversable.

Like Phoenix, Sage has the capability to reverse an enemy kill. Her ultimate ability can raise a nearby ally at full HP. Not much needs to be said about this – it’s just plan good. You’d be hard-pressed to find a serious squad without a Sage player.

The Psychology of Gaming: How A Good Game Satisfies Our Basic Psychological Needs