A couple of weeks ago, my boss sent me a message about Alpha Protocol – specifically that I should play Alpha Protocol. He’s got pretty good taste in games, so I ordered a physical copy that I thought would be backwards compatible with my Xbox Series X. It isn’t, which is a load of bollocks.

Anyway, he said I might write something about Alpha Protocol if I gave it a fair whack and now I’m temporarily borrowing his account to play it on PC. This is that something: Alpha Protocol is clunky and weird, but it’s also excellent in some remarkably unique ways. I reckon someone with deep pockets should ring up Obsidian and say, “Listen, all those folks who worked on Alpha Protocol? Double their wages and bring them back – we’re doing it all over again.”

Alpha Protocol is probably one of the most unfortunate games to have ever existed. I don’t mean that in any way that’s negatively connotative of the game itself – what I mean is, Alpha Protocol looked like the first Mass Effect game but ended up having to contend with the radically improved mechanics of Mass Effect 2. In our piece about how it was made, it’s pretty clear that although multiple factors contributed to the turbulence of Alpha Protocol’s development, this was probably the most major one.

But listen, right – I’m 25. I was 14 years old when Alpha Protocol came out and was too busy stupidly entertaining the idea that I was decent at football to play it – reader, I was not decent at football. Anyway, I booted it up for the first time a few days ago and it’s brilliant. Janky, sure, and a bit messy at times, but ultimately it’s a fantastic game that – for some weird reason – nobody really talks about all that much. 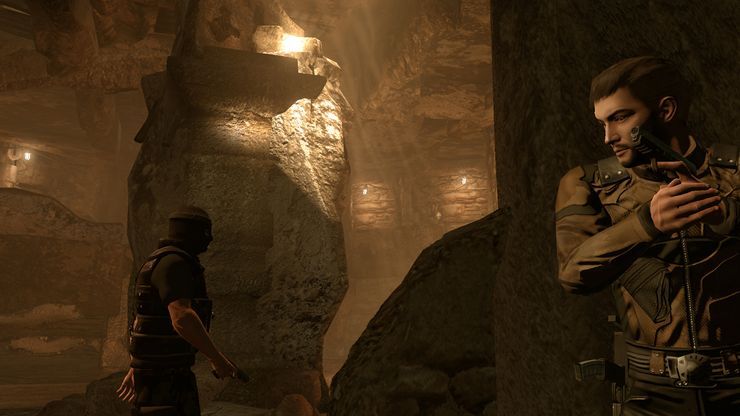 There are loads of things that Alpha Protocol does well. I like that each type of gun has its own distinct gimmick. I like that the hacking and lockpicking minigames are actually representative of hacking and lockpicking, as opposed to just being some weird, out of place point-and-click task that looks as if it sounds like a monotone robot voice saying “hi-tech.” I like that you have options when you’re taking on a level – you can quietly infiltrate a compound by sneaking through a locked door and scaling walls in silence, or you can run in with your shotgun and go straight to Scattershot City. Most of all, though, I like that Alpha Protocol’s branching narratives are frankly absurd – every time I play it my jaw hits the deck.

Branching narratives are difficult to pull off properly for a variety of reasons. First of all, it’s obviously easier to force linearity into a story instead of allowing people to make their own choices. Once you start accounting for multiple cause and effect permutations, the narrative web can become sprawling and unwieldy before you know it. It’s worth remembering that all of these scenarios have to be written and then implemented by a technical designer, and that this implementation needs to be integrated with each and every other one before and after it. That’s not to mention the fact that quality can nosedive when you’re pushing for this kind of quantity.

Except that didn’t happen with Alpha Protocol. In almost every conversation you have, you will have at least three options to choose from on at least five different occasions, all of which matter. It’s not the first game to make dialogue choices count, sure, but it’s probably one of the most important. Everything you say hazards a reaction – someone might approve of your choice, others might disapprove. Maybe there’ll be no ostensible change, but that’s still a reaction all the same – just because an arbitrary number doesn’t go up in the bottom corner of the screen doesn’t mean the counterfactual wouldn’t have been inherently different. What’s more, you don’t even know what type of shit you’re going to come out with half the time – it’s not “Thanks man” or “You’re a wanker,” it’s “professional” or “aggressive.” I’m not sure anyone truly knows what Agent Thorton is going to say next. 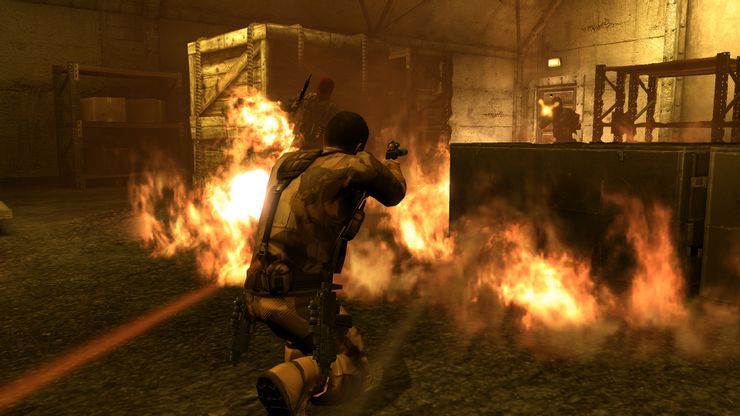 But that’s part of the charm, isn’t it? He’s so well written and well acted that just hearing whatever sentence is tied to “suave” is exciting in and of itself. Again, it’s not the first game to do this – again, it’s irrefutably one of the most important. I think the best proof of this lies in the fact that it’s actually in your interest to maintain awful relationships with some people and mutually respectful ones with others. All of your handlers have their own personalities – you need to learn not only what makes them tick, but what that ticking looks like. In some cases, a handler who is too fond of you will accidentally sabotage a mission by becoming too invested in your welfare. In others, you could be a sitting duck and your dickhead handler will hand the enemy a rifle. It’s impossible to predict at first, but as you learn more and more about all of the characters and travel further along Alpha Protocol’s winding branches, things will start to click and you’ll realize you can get by in Alpha Protocol regardless of whether you’re honest, brutish, or sycophantically manipulative. What matters is that you learn to be good at getting what you want, one way or another.

I’m not that far into Alpha Protocol yet. One of the last missions I did – which is one of the first in the game – involved tracking down an arms dealer in Saudi Arabia. My handler told me to go in quiet, but, being the idiot I am, I missed a headshot and alerted around 15 guards at the end of the level. I took them all down and my handler praised me for going against his wishes, likely because I had slightly improved his opinion of me right before setting out on the mission. If I’d chosen my answers less carefully in that case, though, things could have been different – knowing Alpha Protocol, they almost certainly would have been.

Alpha Protocol is ambitious – in truth, it was probably too ambitious for its time. Playing it now, though, 11 years after launch, as a 25-year-old who is used to shiny new toys like the Xbox Series X and my Nvidia 3070, I can see why it matters so much. I can see that it’s a game that game devs will love, even if some Mass Effect 2 stans thought Alpha Protocol looked like two years ago’s news. On the contrary, Alpha Protocol looks weirdly and vaguely like the future, a game where innovation in design, shape, and storytelling supersedes innovation in like, ray-traced puddles, or something. If I were a money man, I’d be lumping it into briefcases and sending them all the way to Obsidian via high-priority shipping. I’m not, though, so I’m going to need one of you to do it instead. Please. We really need an Alpha Protocol remake or spiritual successor – just something, anything, that’s half as weirdly brilliant as this. Also, let’s actually talk about it this time around, yeah? Yeah.

Afterlife is a Hard Hitting VR Experience Examining Grief, Coming in May