The Seven Deadly Sins is a fascinating show for the most part. I think it’s probably the Fullmetal Alchemist: Brotherhood fan in me speaking here, but I’m very intrigued by the idea of personifying Greed, Wrath, Lust, Gluttony, Sloth, Envy, and Pride – particularly when said personifications subvert the more immediate connotations of each and every one of them. We’ve seen enough depictions of Gluttony being a gravy-guzzler, thanks, and Envy being a Wizard of Oz-esque wimp is pretty boring at this point. Let me guess – Lust is really good looking, yeah?

The Seven Deadly Sins is both excellent and ridiculous in terms of how it approaches its own representations of biblical sin. It’s good because Gluttony isn’t the heaviest member of the group, but instead has an insatiable hunger for knowledge and power. Envy isn’t some kind of tiny little snake like he is in Fullmetal Alchemist, either – in The Seven Deadly Sins, the Serpent’s Sin of Envy, Diane, is a giantess who wishes she was normal-sized. It introduces a whole new perspective to the way in which we consider what these eon-old structures actually represent.

But then we have the shit part, which isn’t so much to do with the assignment of individual sins as the way in which The Seven Deadly Sins presents itself as a whole. I don’t mean to sound prudish, but The Seven Deadly Sins is remarkably gratuitous in its depictions of its female characters. Meliodas, the main protagonist, regularly feels up Elizabeth or buries his face in her chest. These animations see complete changes to the art style, further emphasizing them as ostensible comic relief. But they’re not actually funny. Instead, they just feel far less subversive than the rest of the show, paying homage to older anime that – at least in this specific regard – doesn’t quite hold up by contemporary standards. It’s the kind of anime you wouldn’t want to show someone who you were trying to get into your favourite shows because of the type of confirmation bias it inherently allows for. 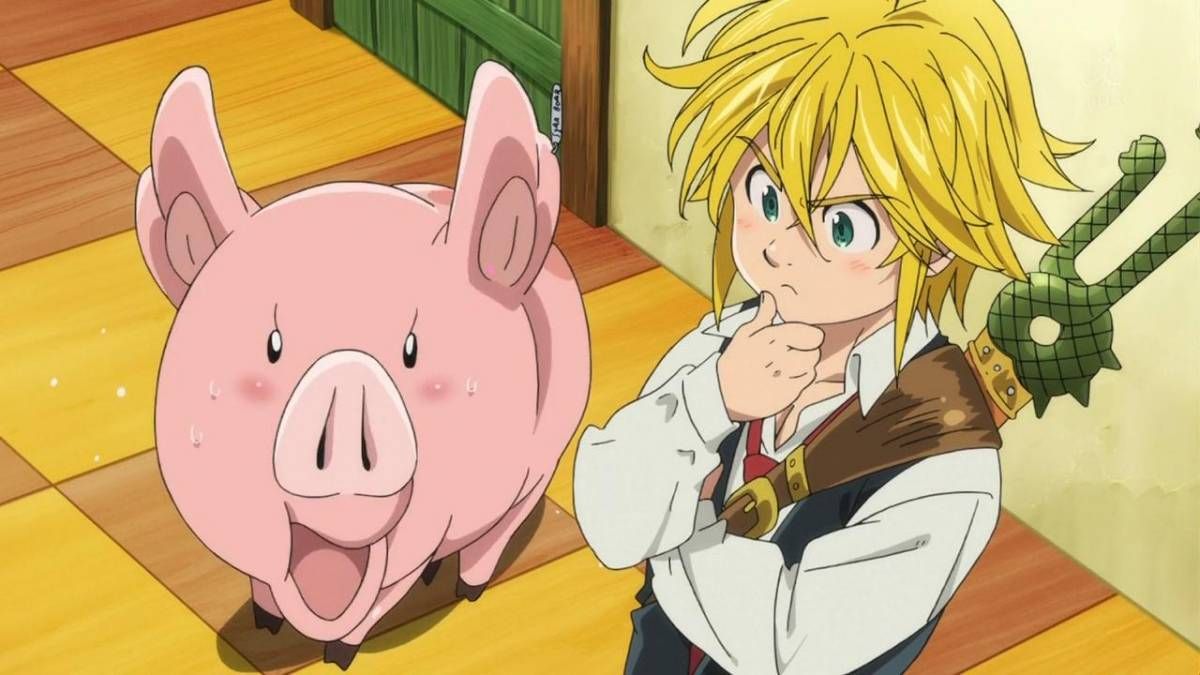 So, at the most basic level, The Seven Deadly Sins is both subversive and dismissive of subversion, which means that narratively, for me, it sort of zeroes itself out. But then there’s Ban, the Fox Sin of Greed and one of the most intriguing characters I’ve encountered in ages. For Ban’s sake, I tuned into the most recent season of The Seven Deadly Sins, and despite the fact his screen time seemed like it was less than half of what it was before, he alone made me excited for the next season. My brother, who I watched it with, feels the exact same way – Ban is the sole driving force behind our continued interest in this show.

I reckon Greed tends to allow for the best writing in most depictions of the seven deadly sins – well, except for in Persona 5. Wow is Okumura’s Palace shit, especially with the revamped boss fight in Royal. I can’t believe Persona managed to do boring Sloth so well but missed the ball completely with Greed – at least Okumura is contextually decent, despite the terrible mechanical design of everything surrounding him.

Anyway! Ban doesn’t give a shit about fame or riches. His greed was for life itself, which is why he spent years tracking down the fountain of youth. While he successfully obtained immortality and fell in love at the same time, he went on to lose said love and realize the curse of forever living lovelessly that he had inadvertently inflicted upon himself. Everything he ever wanted, won in an instant before disappearing for eternity – or so he thought.

I won’t spoil too much about Ban’s storyline in case you’re reading this with the intention of figuring out whether The Seven Deadly Sins is or isn’t for you. What I will say is that Ban is a phenomenally well-realized example of optimistic nihilism – basically, nothing means anything, so what’s there to be upset about? It’s a victory derived from the recognition of life’s inherent meaninglessness, championed by literary titans like Samuel Beckett and Friedrich Nietzsche, and it’s a far more fascinating iteration of Greed – specifically as a “sin” – than anything else I’ve seen to date. What’s more, Ban’s growth throughout the series is much more resonant than that of the other sins. I think Meliodas’ trajectory was altered in an intriguing way over the last season or two, and dynamics like King and Diane are definitely becoming more interesting to watch, but every facet of this show pales in comparison to Ban. Scenes without him usually make you long for the next scene he plays a part of, to the extent that seeing or hearing him instantly causes you to focus your attention more emphatically on the show. 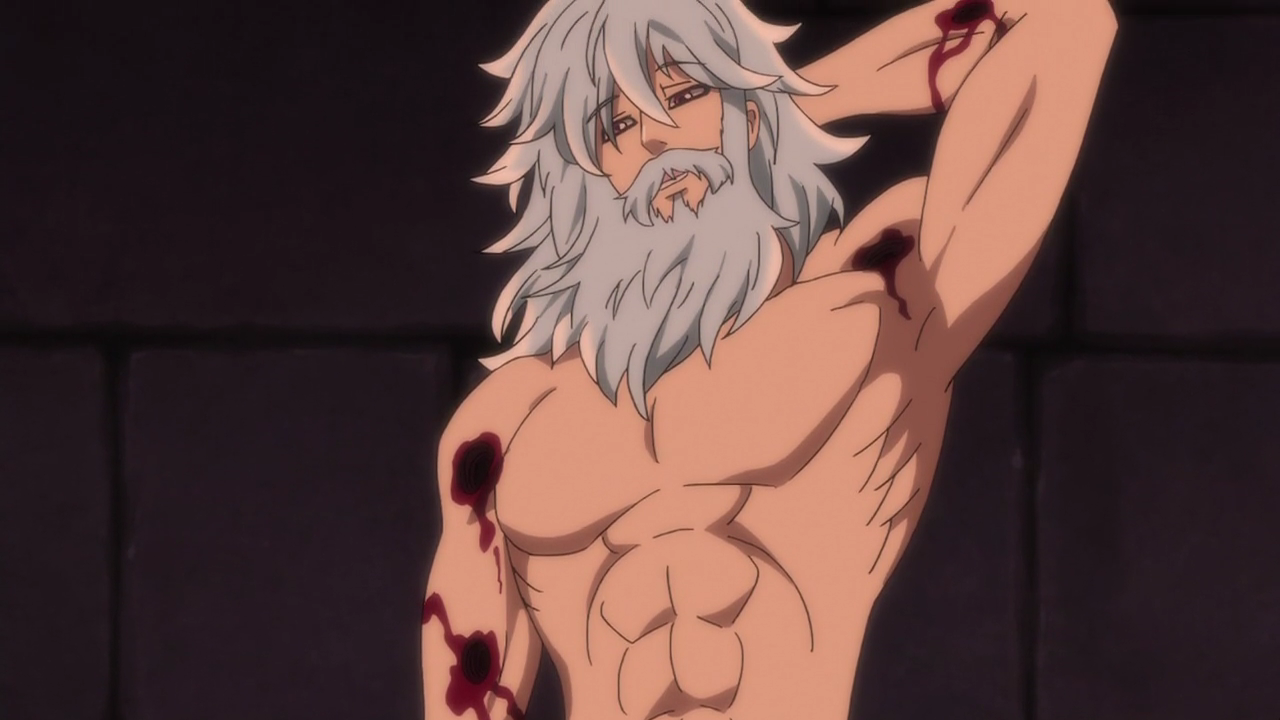 Ban also has more fascinating relationships with the other characters. He’s got a cruel wit but a warm heart, and despite his status as the usually shady Sin of Greed, he’s brutally honest about his allegiances. This honesty is cleanly transferable to his immense loyalty, too – if Ban messes up, you’d better believe he’s going to make up for it, no matter how innocuous his transgression may have been. All of this, coupled with the unique context of his background, makes him a perfect character for meaningful narrative progression – he’s a storytelling shape-shifter that fits a variety of different molds, and the main reason The Seven Deadly Sins has merit despite its more brazenly disingenuous elements.

I mentioned above that the most recent season of The Seven Deadly Sins had far less Ban in it, which I think contributed majorly to the relatively underwhelming response it received from critics and fans alike. Fortunately, season four makes it pretty clear that Ban is going to come back with a bang in season five, which is what brings me right back to my original point: Ban is the only reason I watch The Seven Deadly Sins, and, by extension, the only reason I’ll be tuning in for season five on day one.

Next: Haikyu Reminds Me Of Why People Care About Sports 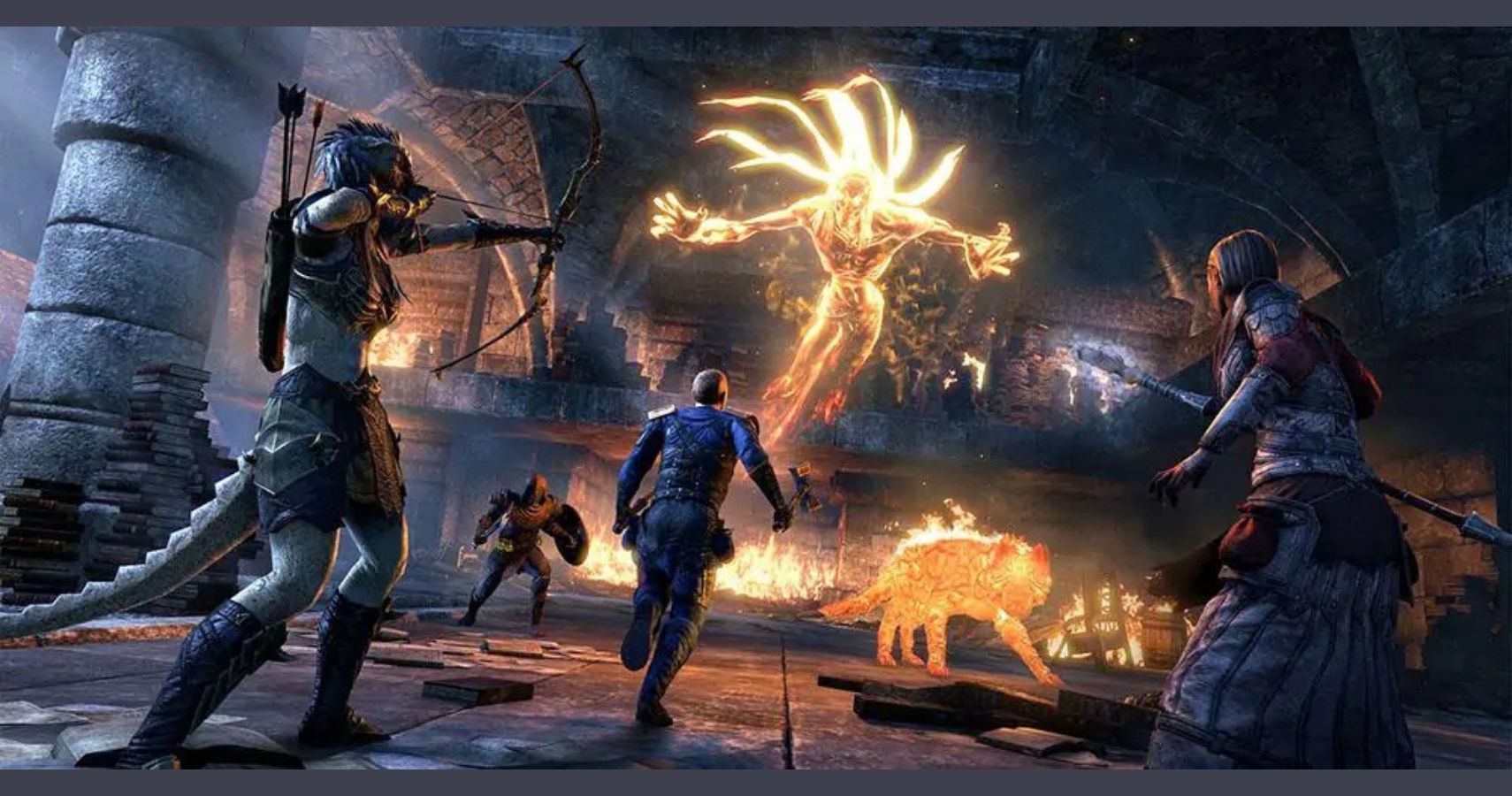 Yakuza: Like A Dragon Xbox Series X Preview – The Most Beautiful Kamurocho Has Ever Looked