I know how important Cowboy Bebop is to people. I watched the original series years ago, and I appreciate how passionate the fanbase is. It probably helps that there aren’t a bajillion episodes in the way there are with a lot of cult anime shows, meaning new fans can always hop aboard the Bebop without feeling intimidated by the journey ahead. To take something so special to so many people and try to do it again was always going to be a risk – but after doing the hard part (actually making the thing) why has Netflix decided to cancel it immediately?

The two shows are very different. Where the anime has a dry, winking sense of humour, the live action version is more ridiculous and over the top – but this is clearly a deliberate choice. John Cho and Mustafa Shakir underplay their roles as Spike and Jet, providing Daniella Pineda with the opportunity to go hammy and go ham, delivering the charisma we expect from Faye Valentine. No, her costume is not as pornographic as the six foot tall cartoon lady with the big round mazoombas. I wrote before the show made its debut that Pineda’s attitude to the controversy made her the perfect Valentine, and nothing in the show made me doubt that. The core cast of three did their jobs exactly as they were supposed to.

Related: Cowboy Bebop Is Timeless Because They're PoorIt’s a little rougher around the edges. Alex Hassell’s version of Vicious, while interesting, didn’t really land for me, and because the show needed to set up a new arc for Julia, that meant we spent too much time away from the Bebop. We also only meet Ed in the final scene, which feels like a missed opportunity – especially with Netflix acting so quickly to cancel. Much like Faye, Ed was clearly over the top, and if you chop off that scene in isolation and throw it to the baying mob on Twitter, then sure. I get why people didn’t like it. But in the show’s context, I don’t think Ed is anywhere near as bad as you’ve all made them out to be. I can’t defend the blackmail/black male line, however. That’s just terrible dreck and I felt embarrassed watching it. 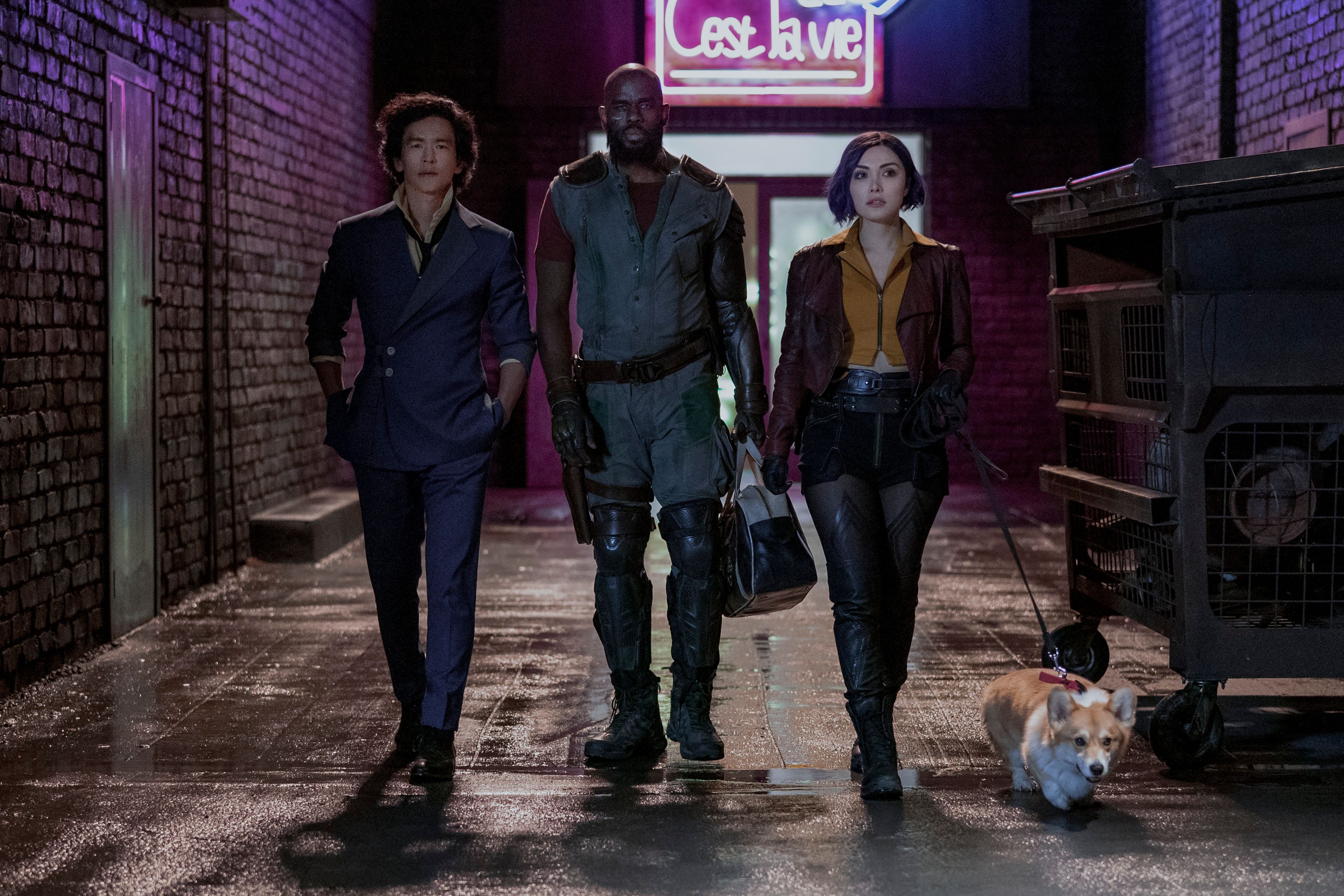 The rest of the show, however, is a blast. It’s a little too influenced by the MCU, but it mostly felt like a Bebop rip-off Robert Rodriquez would conjure up. As someone who ironically counts Sin City amongst their favourite films and only slightly ironically includes Machete in there, that’s a dream come true. I don’t expect everyone to like it. Adapting a show many would consider perfect is impossible – change it, and you’re messing with perfection. Copy it, and why do you even exist?

For my money, Cowboy Bebop justified its existence and then some, introducing some fresh perspectives, making the most of the live action format, refreshing Cowboy Bebop’s timeless quality to make it more of the moment without stepping on the original’s toes, and making some significant improvements. The anime Gren, a male with gynecomastia thanks to wartime experimentation, is reimagined as a non-binary sex symbol brilliantly here.

In many ways though, it doesn’t really matter. Like it, don’t like it. Let’s be honest, dear reader, you and I don’t always agree on things. I’ve read the emails. I know.

What the bigger issue here is how swiftly Netflix acted. What’s up with that? Cowboy Bebop clearly had a decent budget; while all but Cho are relatively unknown actors or up and coming stars, there has been significant investment in the sets and special effects. Even its detractors cannot argue the show looks cheap. It received substantial advertisement too, with posters plastered on buses and being pushed during Tudum, as well as Netflix dropping a trailer to distract from the Dave Chappelle controversy. It had several clips promoted in the run-up to its launch. And now, less than a month after its November 19 debut, the plug has been pulled. Who does that benefit? It would be unusual (and make terrible business sense on both sides) if a decision on renewal or cancellation was needed within three weeks of the premiere. The anime has slowly but surely picked up viewership over the years, and while the live action version was never going to get that length of time, you’d think it would at least get a few months to see if it can find a sizable audience. Not everything is going to be an Arcane level smash hit.

It feels sudden, and a huge waste. Netflix is coy with its numbers, and also clearly wildly inaccurate in what it shares. Red Notice, according to Netflix, was watched by more people in its first week than Avengers: Endgame. If you’re now asking yourself ‘which one was Red Notice?’ that’s a pretty big indicator that it had nowhere near the cultural penetration of the Avengers’ last big team up of the Infinity Saga. It may be that Bebop bombed hard, much harder than even the lowest of expectations accounted for. Still, giving a show fans have been waiting years for your three weeks of life before killing it off feels ridiculous and needless. See you never, Space Cowboy.

Fantasy Dungeon Crawler Demeo Opens Its Doors in May