Cricket 22 is up against it in the world of sports sims. It has a much smaller budget than the likes of FIFA or NBA 2K, and has to incorporate far more forms of the game too, with no chance of ever competing in terms of the sales. Graphically, it looks well off the pace when it comes to its sporting contemporaries, but to compare them would be unfair. Unfortunately, this isn’t the only area where it falls short.

Cricket is a slow game, even in faster iterations like The Hundred. Cricket 22 then can never have the arcade feeling we associate with other sports sims, but when you’re batting in the shortest forms of the game, it gets close. Better control over your footwork would get it all the way, but being at the crease in a one day match, with the option to drive hard, play a precision shot, leather it in the air, or block (never!), Cricket 22 starts to work. Everywhere else though, it doesn’t quite carry.

Related: Admit It, EA, You Were Wrong About SalahTake short form bowling, for example. It’s tempting to think of batting and bowling as attacking and defending in cricket, but nothing could be further from the truth. Bowling is a far more offensive artform than batting lots of the time, but it feels limp in Cricket 22. There are several options for delivery, ways to alternate pace, and the ability to swing the ball with aftertouch, but it’s far more complicated than batting. It doesn’t help that you plan your delivery from where the bowler starts their run up, meaning you’re half the field away from the wicket and therefore unable to aim as well as you’d like. 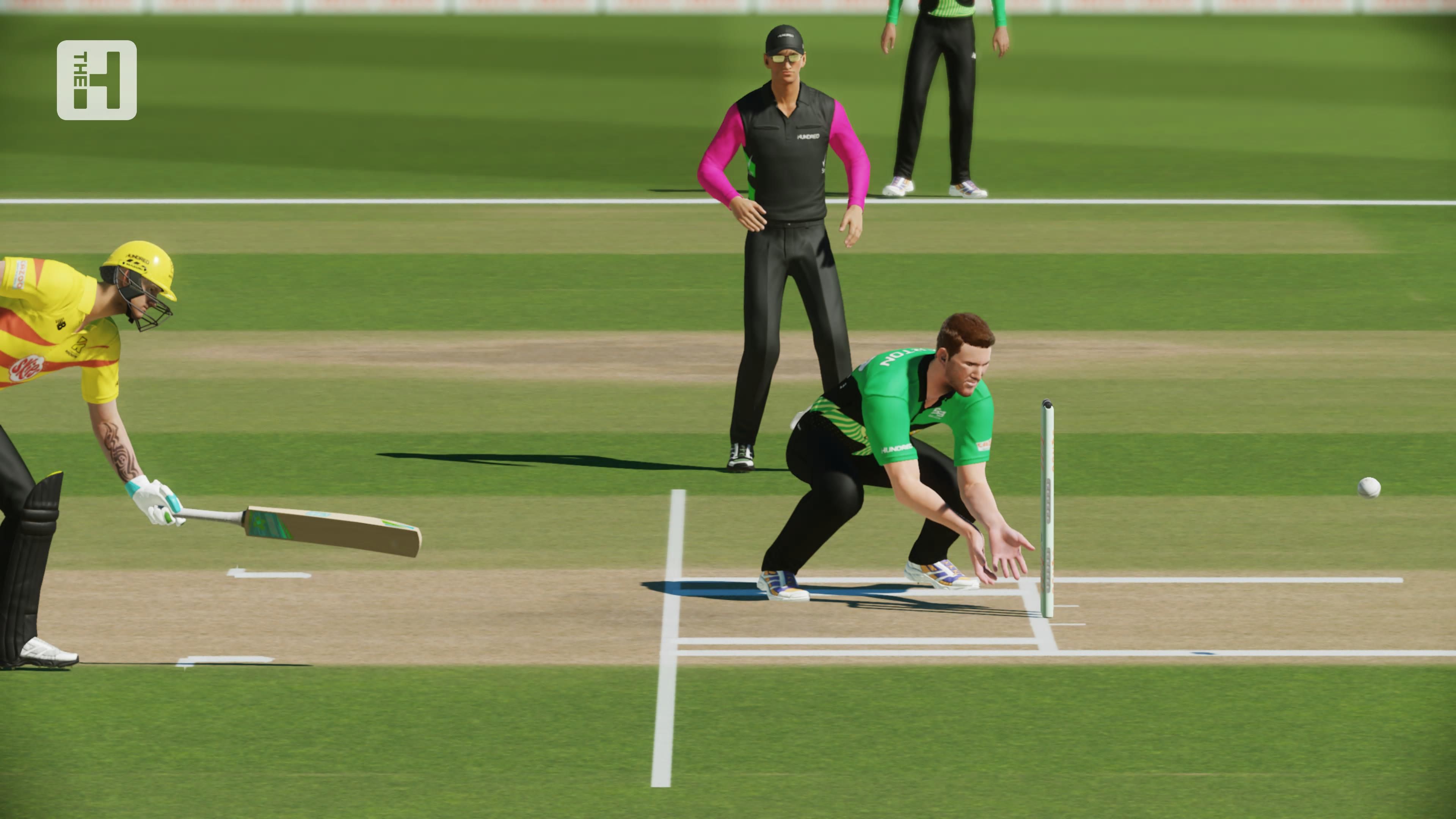 It feels like the batting is more suited to the aggressive nature of short form cricket, and bowling to the more patient Test matches. Prior to the game’s launch, I spoke to Mike Merren, director of development at developer Big Ant Studios, about balancing the many different forms of the game, and appealing to casual fans without cricket knowledge alongside hardcore enthusiasts. It’s a challenge the studio has attempted to tackle, but certain areas are clearly better suited to one form of the game over another.

I found myself drawn over and over to the shorter forms, although that’s mainly because I could conceivably finish a match in a single sitting. The long form is worth talking about though – this is an Ashes game, after all. It doesn’t really feel like an Ashes game anymore than it’s a Big Bash game though – it’s like saying FIFA 22 is a Bundesliga game.

Sure, it’s there, but it doesn’t feel built around it. There is a Manage Tour option that gives you a little bit of control, but mostly the Ashes is just another game mode. There’s nothing wrong with that, but the old rivalry isn’t treated with any special reverence beyond the box art. 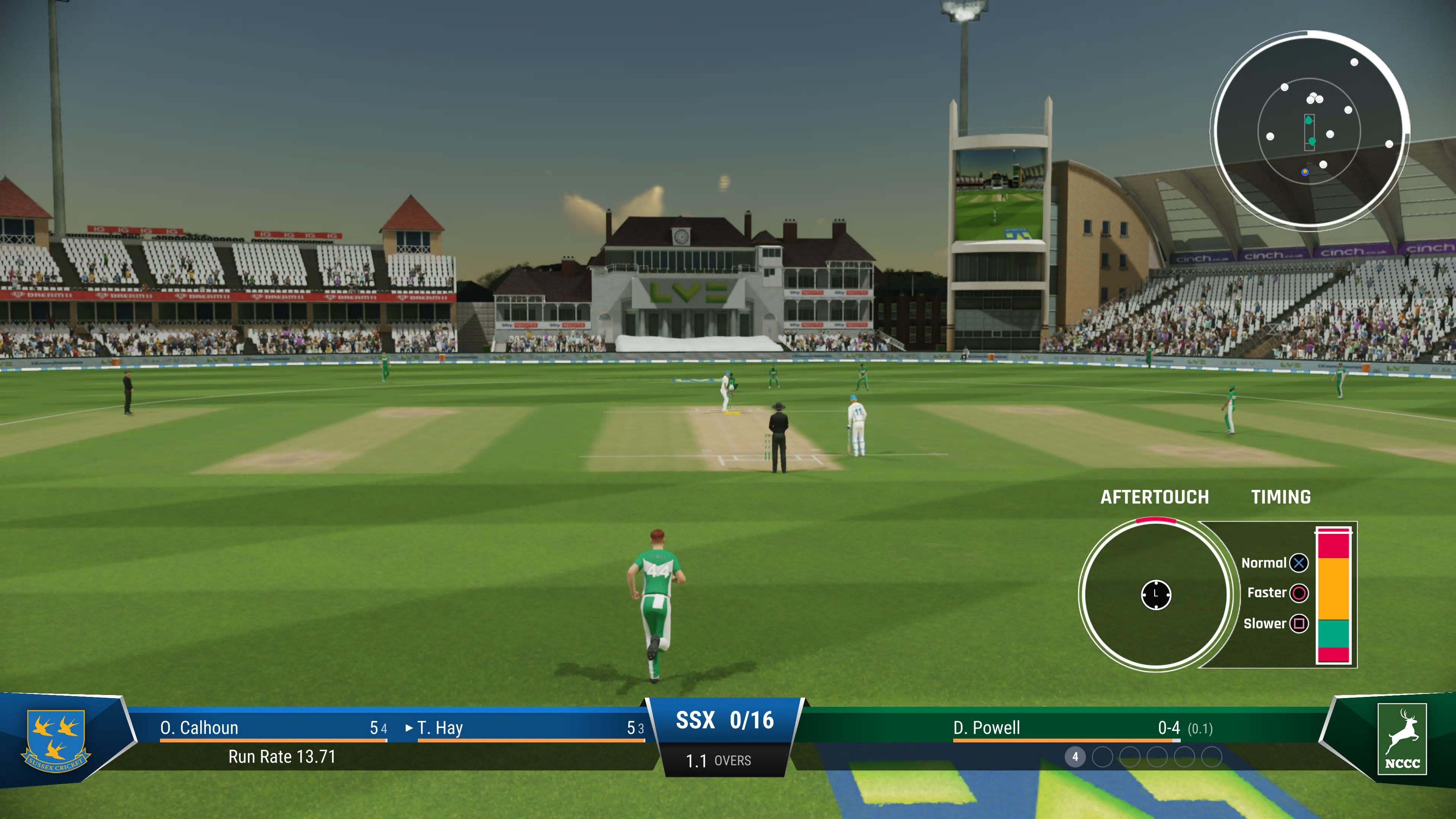 Speaking of the box art, the game was infamously delayed after Tim Paine stepped away from the Australian captaincy because of a sexting scandal. The more I play it, the more I suspect that was a cover-up. The game still isn’t ready – there are visual bugs all over the place, with odd coloured patches happening across the pitch. The commentary is… well, terrible. Top class talent is involved, and the individual lines are fine, but they never make sense. If an over goes six, six, four, dot, you’ll get a line about how the bowler is doing a great job keeping the score down. It’s extremely reactive to the last thing that happened, instead of commenting on the game as a whole.

The Career Mode however is a significant step up on previous instalments. Issues with gameplay notwithstanding, you have substantial control over your player’s journey, rather than just playing a succession of matches. 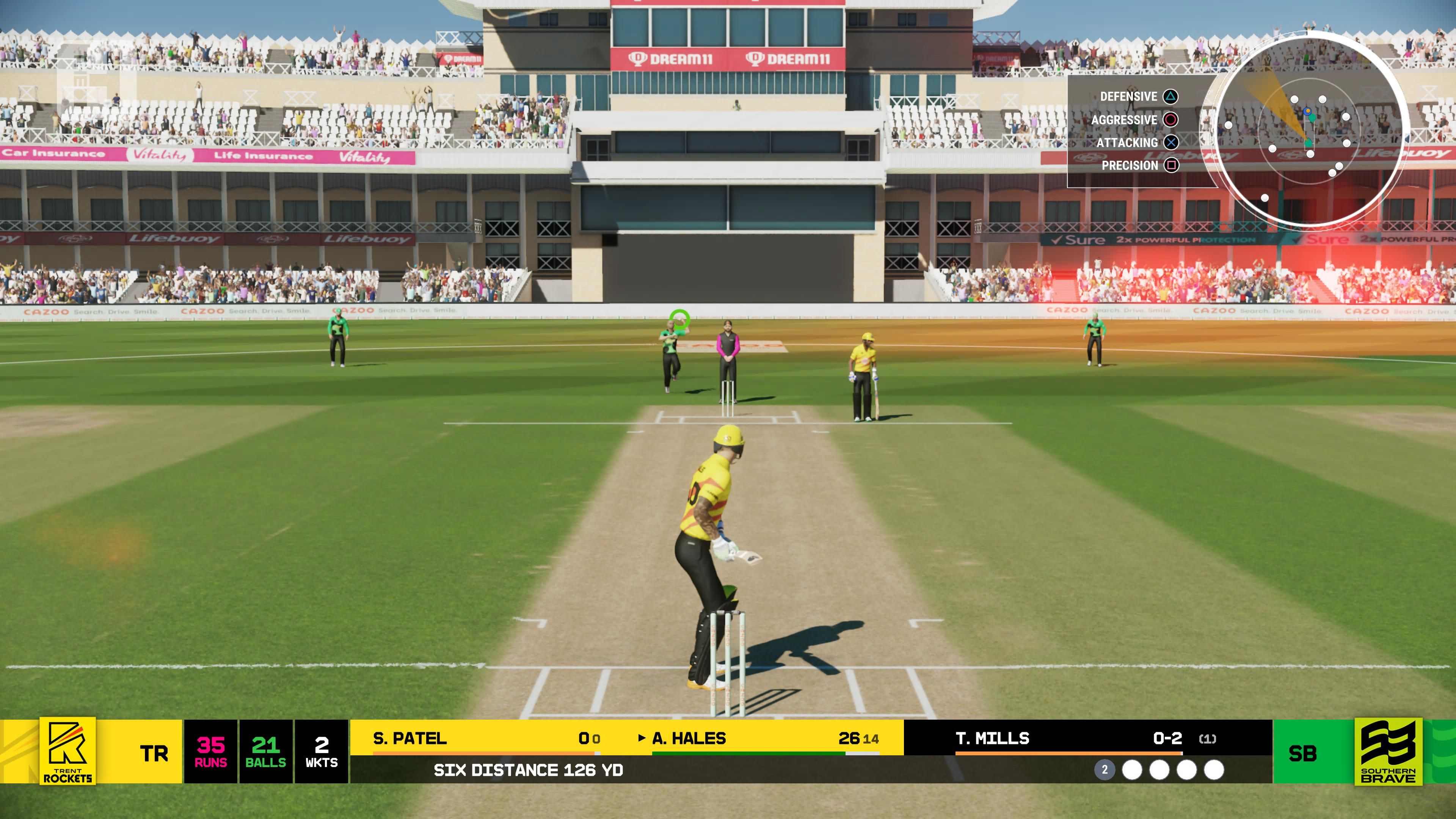 On the flip side, fielding has been tweaked, but probably should have been left alone. When you’re fielding, there’s a bit more to it and run outs are more interesting, but the AI either has pinpoint accuracy or gives you buzzers galore. They also take an eternity to throw the ball back, meaning I was picking up threes and occasionally fours from fielded balls. Other times they zip it in and run you out from the boundary because you’ve gotten used to them stopping to tie their shoe before throwing it back. On the easier difficulty settings, the drops are almost comical, to the point where the slow motion replays feel like the game is making you an unwilling voyeur in its public humiliation kink.

When all’s said and done, it feels better than Cricket 19, and that makes it the best cricket game on the market. It’s not as breezy as the Brian Lara series, but purists will prefer the depth here. Big Ant Studios is doing a great job of providing a solid cricketing experience on a limited budget, and if you want cricket’s answer to FIFA, this is as good as you’re going to get.

The Outer Worlds: Murder On Eridanos DLC Is The Perfect Murder Mystery Experience To End The Game