I don’t much care for Star Wars and Mass Effect is a better space opera than George Lucas could ever dream up, so away with any of you who are seething with rage over an 18-year-old game. I was seven when it came out and hold no nostalgic bias over Knights of the Old Republic – it’s a good game, whereas Dragon Age Origins is a great one.

The Dragon Age and Mass Effect series contain no bad games. Andromeda is excellent and Dragon Age 2 is considerably more brilliant than anyone who complains about reusing assets in a 2011 game would have you believe. Inquisition is a phenomenal RPG that was cursed with being overshadowed by The Witcher 3, and the first Mass Effect game is better than the second one, thanks. Yes, I know some of you might disagree with my BioWare ranking – more power to you, because I wholeheartedly disagree with you too.

Prior to Legendary Edition launching, I replayed parts of all three original Mass Effect games. I also replayed the Dragon Age trilogy in its entirety last month because I reckon it’s one of the best video game series of all time – beyond occasionally poor checkpoint signposting, it doesn’t even need to be remastered, which is yet another thing it holds over its sci-fi sibling. In fact, the first Dragon Age game is still the best BioWare RPG ever made by no small margin. 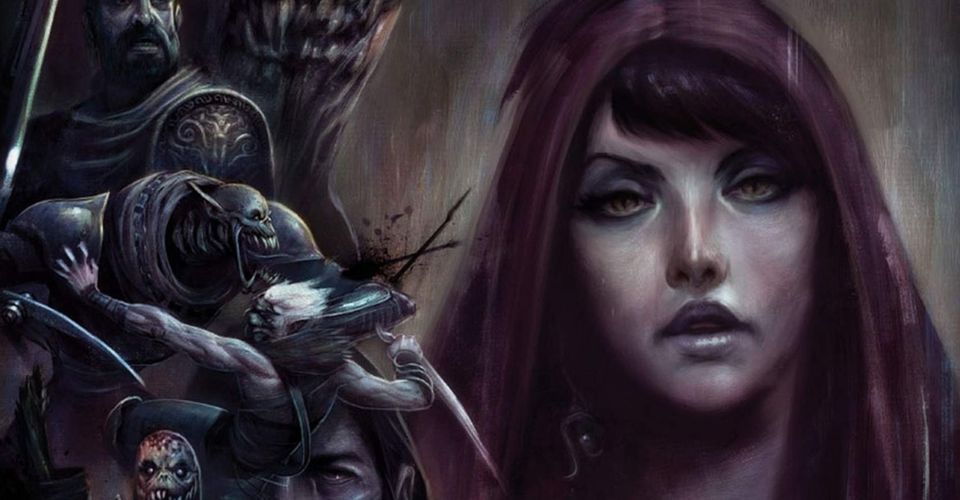 Mass Effect 2 is often revered as BioWare at its best. “The suicide mission!” you’ll say, talking about how people can die if you don’t complete a linear quest with some admittedly fascinating exposition about the character at the heart of it. Push through combat arenas that look barely lifted out of a devkit while crouching behind one of 500 polygonally identical chest-high walls – what’s that? Dragon Age 2 reused assets? How dare it!

The suicide mission – despite its linearity, boring set design, and stakes that aren’t half as high as people remember – is quite good. I even spoke to several ex-BioWare devs about how Mass Effect 2 was built around it. Do you know what’s better than “quite good”? Dragon Age Origins. As I explained a few weeks ago, the suicide mission is just a mediocre Dragon Age quest in space. While you were off partying with Garrus, I studied the Zevran. While you were pursuing a romance with Liara, I mastered the Morrigan. While you wasted your days alternating between Paragon and Renegade, I cultivated real Friendship. And now that the world is on fire and the BioWare rankings are on Twitter you have the audacity to come to me for help?

Origins is dark. It’s gritty, turbulent, and brimming with bravery. I don’t mean that in some emo sense – oooh, look how edgy the Deep Roads are! Mass Effect’s Collectors just aren’t scary – Saren Arterius and Sovereign are far better villains than Harbinger or any of the unnamed Reapers could ever be. With the Darkspawn Horde, things are different. The Archdemon is putrescent. It is vile and unrelenting, a dragon with an exoskeleton made of pure malice. The Horde itself is made up of legions of demonic hellions, all of which are recklessly violent to the point of self-destruction. Before we even get to how the game plays or why its RPG systems are far superior to anything in Mass Effect, the context, stakes, and cohesion of the narrative are so much better. 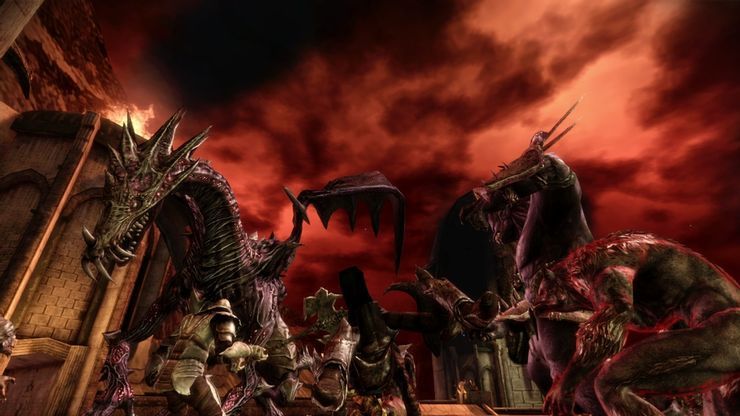 But we need to talk about those things too, right? Mass Effect is a third-person cover shooter. The multiplayer in Mass Effect 3 is amazing, but the campaign gunplay in 2 and 3 is boring – at least the first game has environmentally integrated combat arenas and generally varied biomes as opposed to 50 shades of beige. Dragon Age 2 is a bit more hack-and-slash than Origins, while Inquisition leans way more into the hybrid action/strategy combat. Origins, on the other hand, is a bona fide sword and sorcery RPG in every sense of the term. Combat is chaotic but fluid, messy but strategic, and equal parts tense and seemingly everlasting. Boss fights are brutal and belligerent, hordes attack with palpable viciousness, and the sheer ferocity of swinging an axe or shooting a sweltering blaze from your fingertips is a brilliant phenomenon in and of itself.

If you want to talk about stakes, we’ve got them in spades here. Oooh, Garrus can die if you don’t do his loyalty mission. Poor Garrus. Zevran will literally slit your throat if you’re not best mates with him. You can make Alistair the king of Ferelden or have him sacrifice himself to absorb the manifestation of pure evil’s essence. Or you can be a dick and he’ll show up in Dragon Age 2, sculling pints of lager in a dingy pub. You think Mass Effect has good romance? Excuse me, buddy, but have you met Morrigan? If Zevran isn’t being all murdery, he’s brilliant too. It’s not all about mandibles and chic fencing masks.

I just don’t think Mass Effect – or the other Dragon Age games, for what it’s worth – ever managed to recapture that same vital spirit at the core of Origins. It’s an astonishingly coherent game despite the enormous ambition of its courage, let alone the fact it’s 12 years old. Playing Origins in 2021 is giving yourself license to ask “what happened to RPGs?” because somewhere along the way, something special was lost. There’s more to games than nostalgically misremembered set pieces, which is something that Origins, to this day, displays a concrete and unwavering understanding of.

For what it’s worth, The Witcher 3 is my favourite RPG of all time, but Origins is objectively better in most ways that count. It is at all times enticing and surprising, holding its cards close to its chest while having all manner of tricks and treats lining the insides of both sleeves. It is the blueprint for a successful contemporary RPG, and no game since has managed to iterate or innovate on its formula in a way that made any genuine non-technical improvement. It’s the best BioWare game ever made – if not the best game across the board.

The best tabletop role-playing games are sold online, but not through Amazon

Will Smash Newcomers Pyra And Mythra Get One Amiibo, Or Two?

Temtem: Which Starter Should You Pick?