Guardians of the Galaxy came out in 2014. At the time, I was at Butlin’s, those little holiday getaways that are the epitome of mid-tier British culture with washed-up Got Talent stars headlining shows. Back then, I was 14 years old, and I wasn’t huge into the MCU. I’d seen Iron Man, Captain America, and The Incredible Hulk, and I loved them, but I’d never bothered with Avengers or Thor. During the school holidays, we went to Butlin’s own cinema, and we watched Guardians. It blew my mind and sold me on the love for this series.

But Star-Lord just wasn’t that intriguing. He was another snarky straight white dude with guns, like an intergalactic Indiana Jones without Harrison Ford’s pizzazz. The highlights were Drax, Gamora, and Yondu, never the ‘star’ character. I don’t think embracing his now-known bisexuality would have necessarily altered that in any drastic way, but it would’ve added some value to his otherwise ‘just there’ character that occasionally gets irritating, as in the case of socking a purple Titan in the jaw.

Seeing a bisexual character headline a major blockbuster in 2014 when I was struggling to come to terms with my own bisexuality would’ve been game-changing. At the time, though, he hadn’t come out in the comics, so James Gunn didn’t have that reference point. Now, Marvel does, so, seven years later, there’s no excuse. It’s time for Square Enix to do what Marvel Studios never did, and that’s make the lead of this highly anticipated blockbuster game queer. Loki being bi is a wondrous revelation, but it’s far too little, far too late. Guardians of the Galaxy could do so much more, and it needs to. 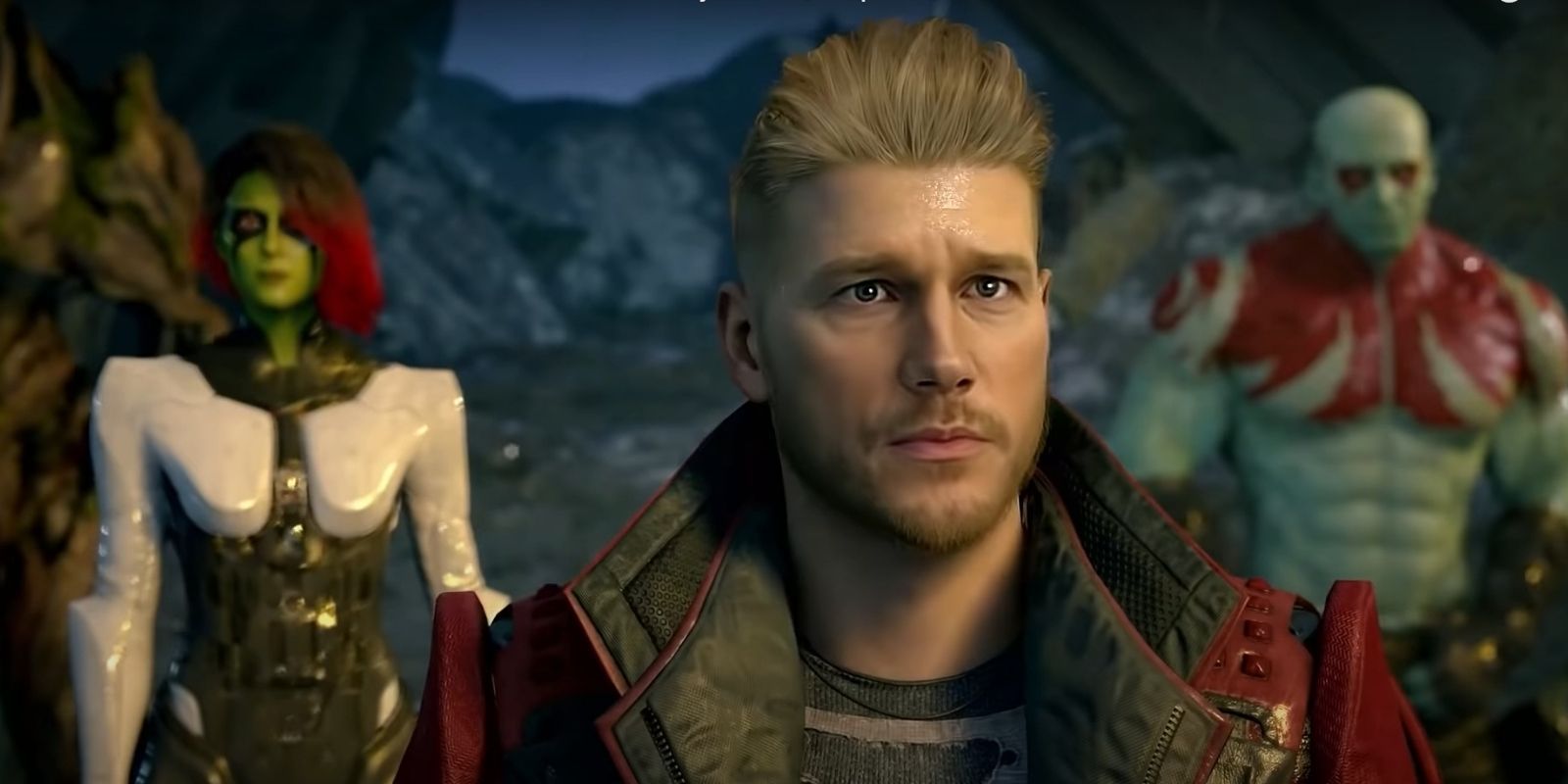 It’s a game that I’m on the fence with. Part of me wants to get excited, but then I get horrendous flashbacks to Avengers and the complete cock-up that is still being fumbled. But, Guardians is single-player with no microtransactions from another studio with space travel and more streamlined linear missions. That’s an exciting prospect, and it could quite easily be Square Enix’s answer to Jedi: Fallen Order, another licensed property, but with its track record, we could easily see it drop the ball, so I’m wary. I’m particularly concerned about where they’ll go with Star-Lord. It’s a strange choice picking the blandest character to represent the player in a medium oversaturated with his type, the aforementioned white gunslingers.

But I have to remind myself, there is some hope. He’s bi. At least, in the comics, he is. While in the films, he comes off as an awkward and inept womanizer, the antithesis to the suave hero that is Han Solo, in the books, he’s bisexual and trying to come to terms with his place in the universe, trying to do right despite his many failings, bringing together the most unlikely of people. He’s not the most compelling, and I don’t think there’s much Marvel could ever do to make Star-Lord anything more than the bland buttered toast of the team, but if he’s standing in as a surrogate for the player, the eyes we see this story through, then they need to show us his LGBTQ+ side.

We constantly see, in games, film, and television, these heroes delve into the personal with their love lives. It’d be naive to say that it’s not a part of superhero culture at all. It has been historically, and it still is. It’s just majority heterosexual, meaning that straight fans don’t notice that they’re overwhelmingly represented, so when those who aren’t are asking for it, they can’t comprehend what it would feel like not to be. Superman has always had Lois Lane, Batman has had a slew of women, even if he, by DC’s own account, doesn’t go down on ’em, and Spider-Man has a carousel of girlfriends he’s constantly messing up his relationships with. Secret identities are tough. Point is, who the heroes get it on within their downtime is absolutely a part of the story, and we often see that with Star-Lord as is. The MCU alone has explored his reciprocated love for Gamora. Maybe the game will too, but there’s ample opportunity to have that expanded upon. 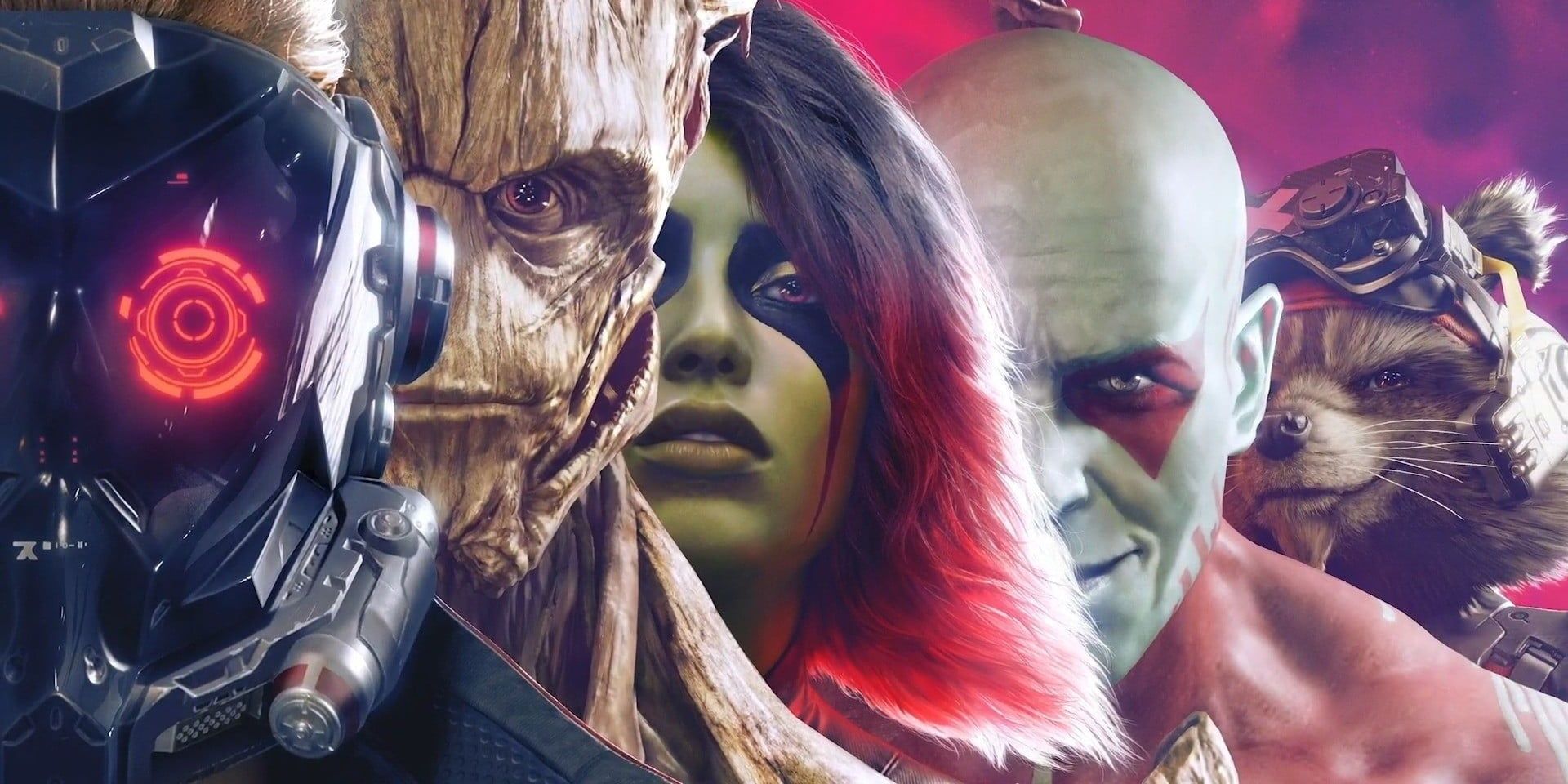 It could be done in many ways. Star-Lord flirts with Gamora and she shuts him down, so he finds love with a guy. Maybe they make Nova pansexual or introduce Hercules, and we see Star-Lord fall for them after being rejected by the cold and calculating daughter of Thanos. It can be a seamless and natural part of the group’s dynamic. However, using the MCU’s line-up of Star-Lord, Groot, Gamora, Drax, and Rocket Raccoon ultimately makes this much harder to pull off, but it could still happen. Hell, maybe they make the Destroyer gay. There’s a reason I’m talking about these actual named characters and pitting Star-Lord with them and not suggesting he goes on a ballet of one-night stands with no-names, sleeping around.

Of course, that happens with bisexuals, and there’s no shame in it. It happens with every sexuality. People do what they want, and that’s fine. However, it’s become a stereotype of bisexual representation to have them as promiscuous, sexual deviants. Leaning into that with Star-Lord would be an eye-roller. I’d much rather see a bisexual character lead a game that has meaningful relationships with men and women. It would be a treat to see, and unique because of how disgustingly rare it is. Mass Effect lets us do that, but it’s all by choice, so you can completely ignore it, and it’s not necessarily written as part of the character’s identity. Star-Lord could have that as part of his actual narrative, his own personal journey, the group’s dynamic.

It could be a central part of the tale, much like with any other superhero and their own constant stream of convoluted love affairs. I’m guessing it won’t happen. I’m assuming what we’ll see is an MCU-like romp where Star-Lord might be bisexual but, if he is, it’ll either be choice-based like most representation, or it’ll be an easy-to-miss line. Prove me wrong, Square Enix. I’m counting on it.

Feel the Ups and Downs of Radial-G: Proteus in This Gameplay Footage