I couldn’t earn achievements during my review playthrough of Halo Infinite, which pretty much labels me as a fake gamer. I didn’t have the numbers on my profile to show I’d finished the fight, so I might as well not have bothered. Luckily for me, 343 Industries’ spiritual reboot is bloody brilliant and I was more than happy to jump back in for another round. This time around, I decided to dial things up to Heroic difficulty. It’s faster, more challenging, and so much more satisfying. Once you get to grips with Master Chief’s new repertoire, he feels unstoppable.

For decades Halo has possessed the same four difficulty options – Easy, Normal, Heroic, and Legendary – and besting the highest echelon has always been a mark of honour amidst my friends and family. Me and my brother beat all of the original trilogy on Legendary back in the day, even if it took countless hours and an endless amount of frustrating deaths as we essentially brute-forced our way to victory. This month, with the release of Halo Infinite, the tradition of conquering the campaign on Legendary returns. Well, almost – I’ll stick to Heroic until they patch in co-op because I’m a big baby.

I found Normal to be a little too easy, with the exception of boss fights that possessed sudden difficulty spikes that required you to make ample use of Chief’s abilities and a liberal abuse of energy weapons to whittle down enemy shields. Outside of these instances, the large majority of foes could be killed with a single headshot, with our hardened hero able to waltz into even the most explosive battlegrounds and emerge unscathed. It all became a little predictable, and the challenge wasn’t suited to the selection of shiny new tools at my disposal. I’d grappleshot in, murder everyone, complete the objective, and be on my way. Heroic changes everything. A mere emergence from cover will see you greeted with an avalanche of gunfire, your shields running down in a matter of seconds unless you immediately spot the closest threats and eliminate them within moments. I feel vulnerable, yet I remain keenly aware that with the right execution of movement, skills, and abilities that I can march into the fray and emerge bloody yet victorious. Saving marines and conquering outposts no longer feels like you’re ticking off a checklist, they’re akin to major situations that require distinct planning to succeed. My environment isn’t just a fanciful biome to be traversed anymore, I have to consider vantage points, small pieces of cover, and the weapons best suited to each new situation.

One of the bounty hunter missions really stood out to me. I had a standard assault rifle and carbine on my person, ammo was running low, and a small army of heavily armed brutes awaited across the field. I had died countless times, trying desperately to throw explosive barrels towards my foes and sprint forward while taking on gunfire. It didn’t work, so I looked around and considered my options. Within moments I was atop a hillside, murdering a pesky sniper jackal as I stole his rifle and began taking potshots at the creatures below. I focused on the little ones, leaving my main target for later once I had a heavier firearm in my arms and the confidence to face him. 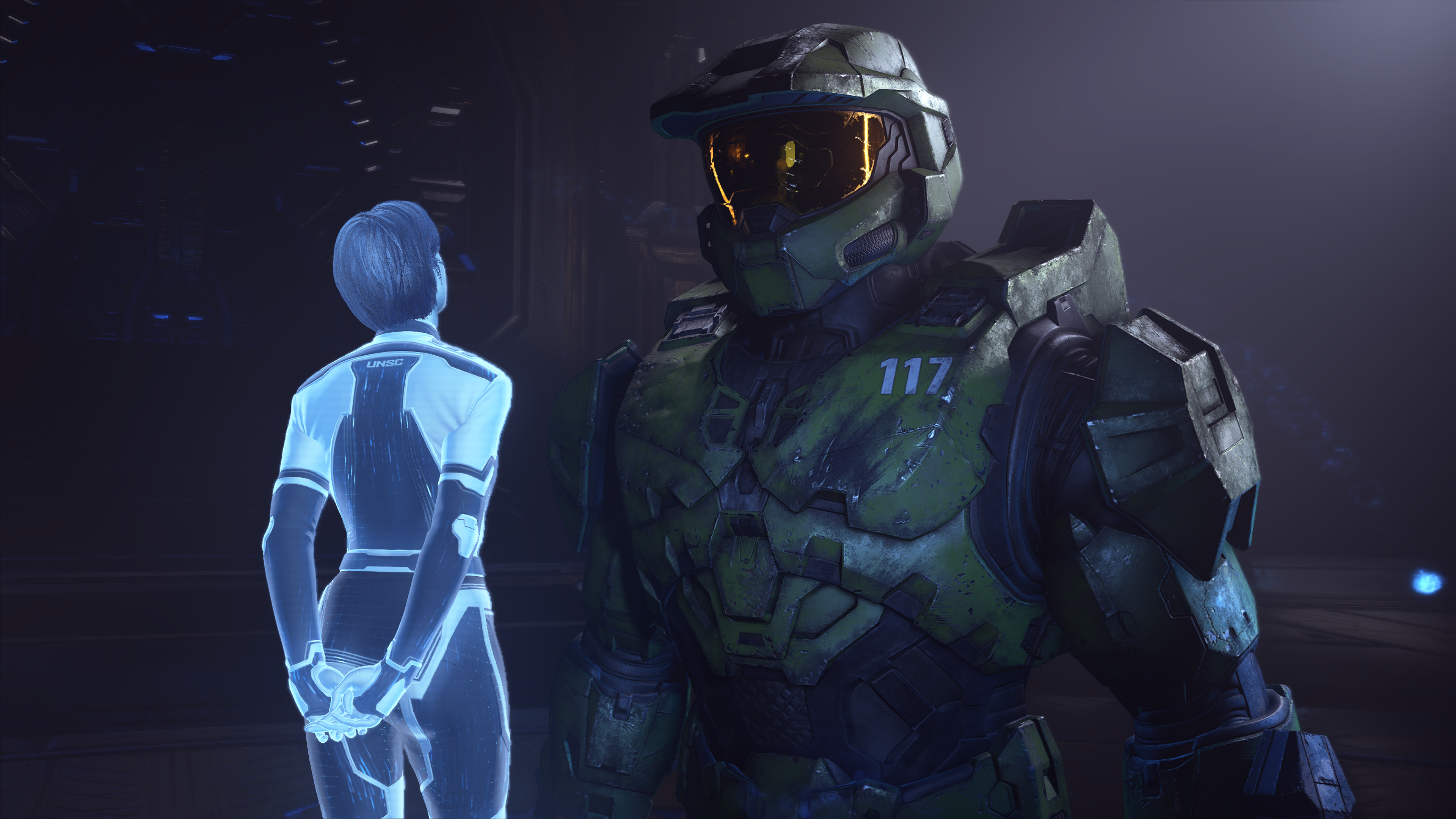 Once the land was mine, I grappled down, picked up a battle rifle and faced him down. Movement is given increased importance too, especially against enemies with jetpacks or rocket launchers that can decimate you from a distance. I grapple in close and do some damage before taking shelter just before my shields give out. After a handful of tense minutes, he’s down and my mission is accomplished. Halo Infinite feels incredible like this, and Zeta Halo is filled with distinct set pieces of your own making that a traditional campaign experience could only dream of. Part of me isn’t quite ready to tackle Legendary, but with all of the tricks I’m learning on this second playthrough, maybe I’ll be ready sooner than I thought.