Let’s face it – Goh is a much better Pokemon trainer than Ash Ketchum will ever be. He’s younger – despite the fact that Ash has been ten for over two decades – on top of being smarter, funnier, and just generally better at every single thing a Pokemon trainer needs to do. He also catches stronger Pokemon and understands team building and type effectiveness in a way that Ash has actively ignored since the ‘90s – hell, even Suicune decided to join Goh’s team. When it saw Ash back in Johto, it just legged it in the opposite direction.

Don’t get me wrong, I’ve always liked Ash. I mean, he’s the true villain of the Pokemon anime and he’s a bit of a loser compared to Gary Oak, but I’ve used a few of his teams in competitive battling to see how well they fared. The most effective one was based on me choosing from the best Pokemon he ever caught, but his current team and Pokemon League-winning squad were decent, too.

That brings me to my main point in two different ways: a) I clearly like Ash, but b) it’s time to let him rest. The guy has been vicariously getting his teeth kicked in through his Pokemon since 1997. Still, he’s had some great moments – I’ll always remember the first time I saw him try to punch Mewtwo, for example, which is the most “define Ash Ketchum” scene in the entire series. See that omnipotent psychic being who just cloned every single magical creature on the island and is floating in an impenetrable bubble while ripping a tower to shreds with its mind? Go on, hit it a dig. There’s a good lad. Eejit. 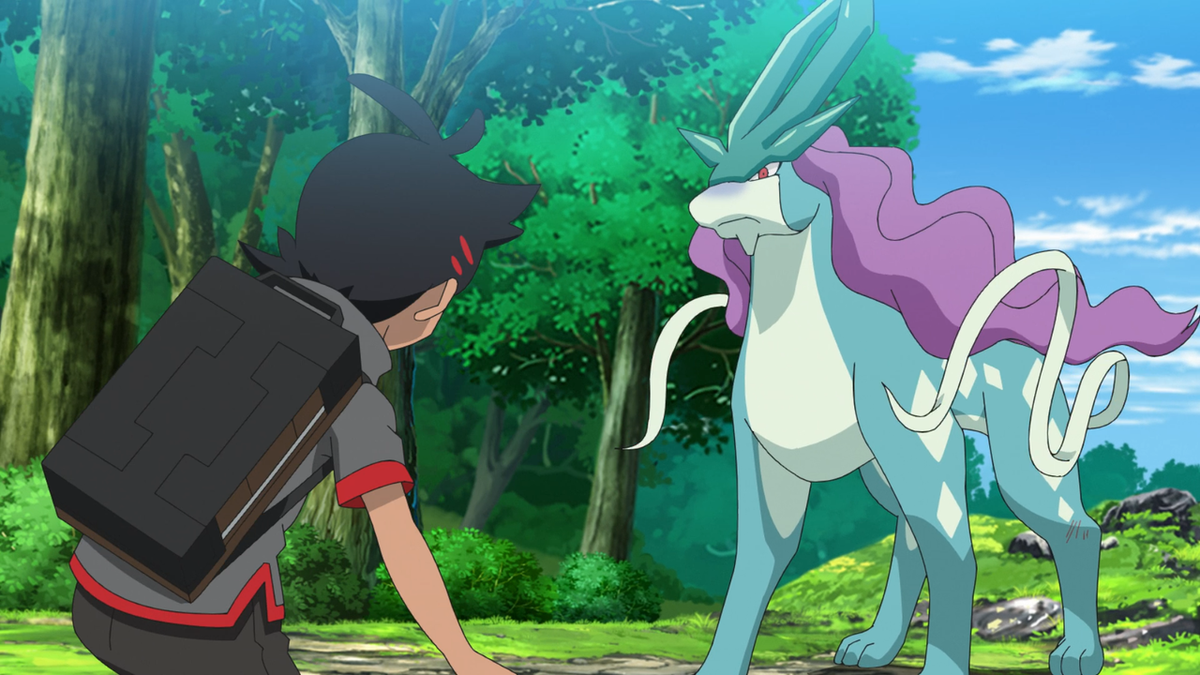 I mean, Ash is definitely on the way out. There’s a reason he won the Alolan League and has assembled such a strong team in Journeys – he’s going to be given a fond farewell by allowing him to do something he can be proud of. What’s more, even when he does pass the beacon on to whoever comes next, I’m sure he’ll sporadically return to the series in the same way that Gary, Misty, or Brock do now. Sure, he might disappear for a few hundred episodes at a time, but he’ll never be gone for good.

To be honest, that’s more than enough for me, and I’d like to think it’s enough for you and everyone else, too. I grew up with Ash Ketchum, but kids today deserve someone more modern, more relevant. I think Goh, with his trailblazing confidence and natural ability, fits that mold pretty well. I also think he’s sufficiently stubborn for other characters to come in and put him in his place in a meaningful way. He’s quite similar to Ash in that regard, except, you know, actually good at being a trainer. But Ash has more standout moments, more impulsive outbursts of idiotic bravery. It would be a smooth and welcome change, and one that’s long overdue.

Again, I love Ash – this isn’t me hating on him for no reason. Give him another movie – hell, give him a video game! If New Pokemon Snap was able to revitalize an old classic, why not do the same with Colosseum or PokePark and give Ash a main role? As for the anime series… look, Ash has been carrying it for 20 years. He’s tired and he wants a rest, and his buddy Goh is rearing to step into the spotlight. Give it a chance at least, eh? Or else just tell Goh to jog on and bring someone completely new in – the main point is that Ash needs a break, and it’s about time we finally gave him one.