Spoiler Warning: This feature dives into the ending for Spider-Man: No Way Home, as well as discussing things that happen throughout the whole film. You’ve been warned!

If the Spider-Verse tattoo didn’t clue you in, I’m a pretty big fan of Spider-Man. I’ve platinumed the games, watched every movie, got a little Spider-Man doll, and so on. Despite this, I’ve never really been a big fan of Tom Holland’s version of the character, and found Homecoming and Far From Home to be fun, but flawed, explorations of Spider-Man as a whole.

Don’t get me wrong, Tom Holland is a fantastic actor and a fun Spider-Man, but it never really felt like he’s actually playing Spider-Man in the first place. Instead, it felt like he was set up to be Iron Man Jr and given all the money and toys in the world to play with. This is a Peter Parker whose most iconic suit is one made for him by a billionaire, who becomes an Avenger just a few films in, and who doesn’t really put a lot of effort into protecting that secret identity of his. 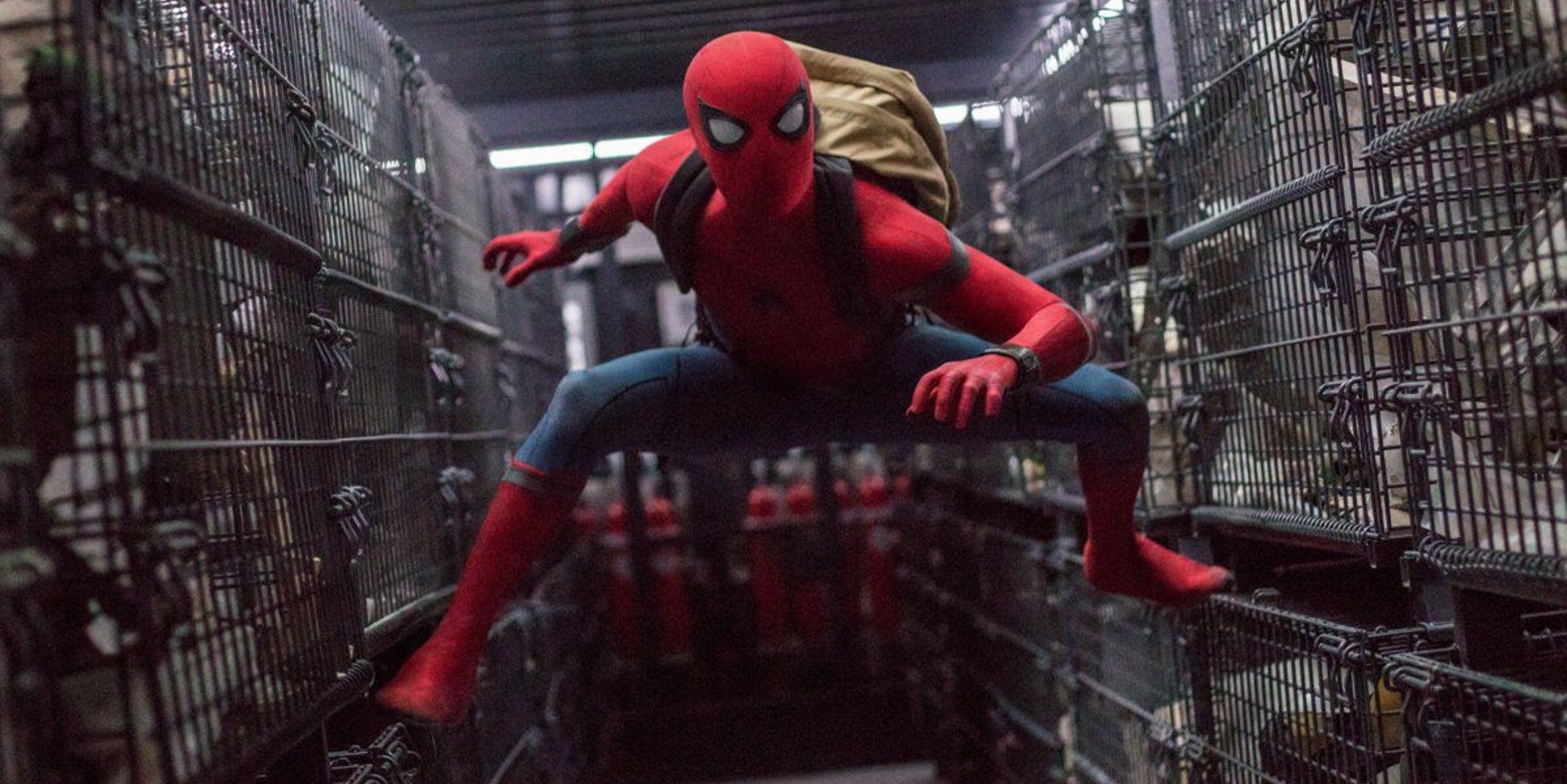 That’s not Spider-Man. Sure, Earth 616 Peter forms Parker Industries and also swings around in a mechanical suit, but that’s far into the future when he’s already made a name for himself as a ‘friendly neighbourhood Spider-Man’ and not the first few years of his career like we see in the MCU. I don’t need to hear the Uncle Ben backstory again, but I feel like we’re skipping ahead a bit here.

As sadistic as this sounds, being Spider-Man shouldn’t be easy. Peter should be struggling to balance everything in his life, losing friends and jobs as he refuses to let his identity be revealed out of love for his family. He should be broke, living alone in a shit flat – but doing it because it means he can keep helping people. He certainly shouldn’t care about being on a big team of heroes, and absolutely wouldn’t let Tony Stark take the place of Uncle Ben.

I understand that this is a different generation of Spider-Man but it’s been taking too many liberties with the whole ‘friendly neighbourhood’ thing – until now. Tom Holland’s films are a good time, don’t get me wrong, but it hasn’t felt like Spider-Man to me ever since we saw that he’s got a million web shooter combinations at the click of a button.

No Way Home fixes all of this in one fell swoop and makes it so that everything I said above is just wasted breath. It’s finally giving Tom Holland a chance to be Spider-Man, and I’m seriously impressed by the balls on Sony and Marvel to actually go through with it. Let me explain. Again, major spoiler warning here.

Towards the start of the film, Peter approaches Doctor Strange to try to wipe everyone’s memory so the world forgets that he’s Spider-Man. But it doesn’t exactly go to plan, and Peter tries to add too many little alterations to the spell, making it so that everyone who knows that Peter Parker is Spider-Man is going to come to the MCU.

As you know, all of the Raimi and Webb Spider-Man villains start showing up, and eventually even Maguire and Garfield’s versions of Spider-Man too. I’ll hold in the fanboy squeal for just a moment to move past that, but at the end of the film, Doctor Strange says that he can’t hold the spell back anymore and that the universe is essentially going to fill up with a billion villains and probably collapse in on itself or something. The details don’t matter, you get the point. 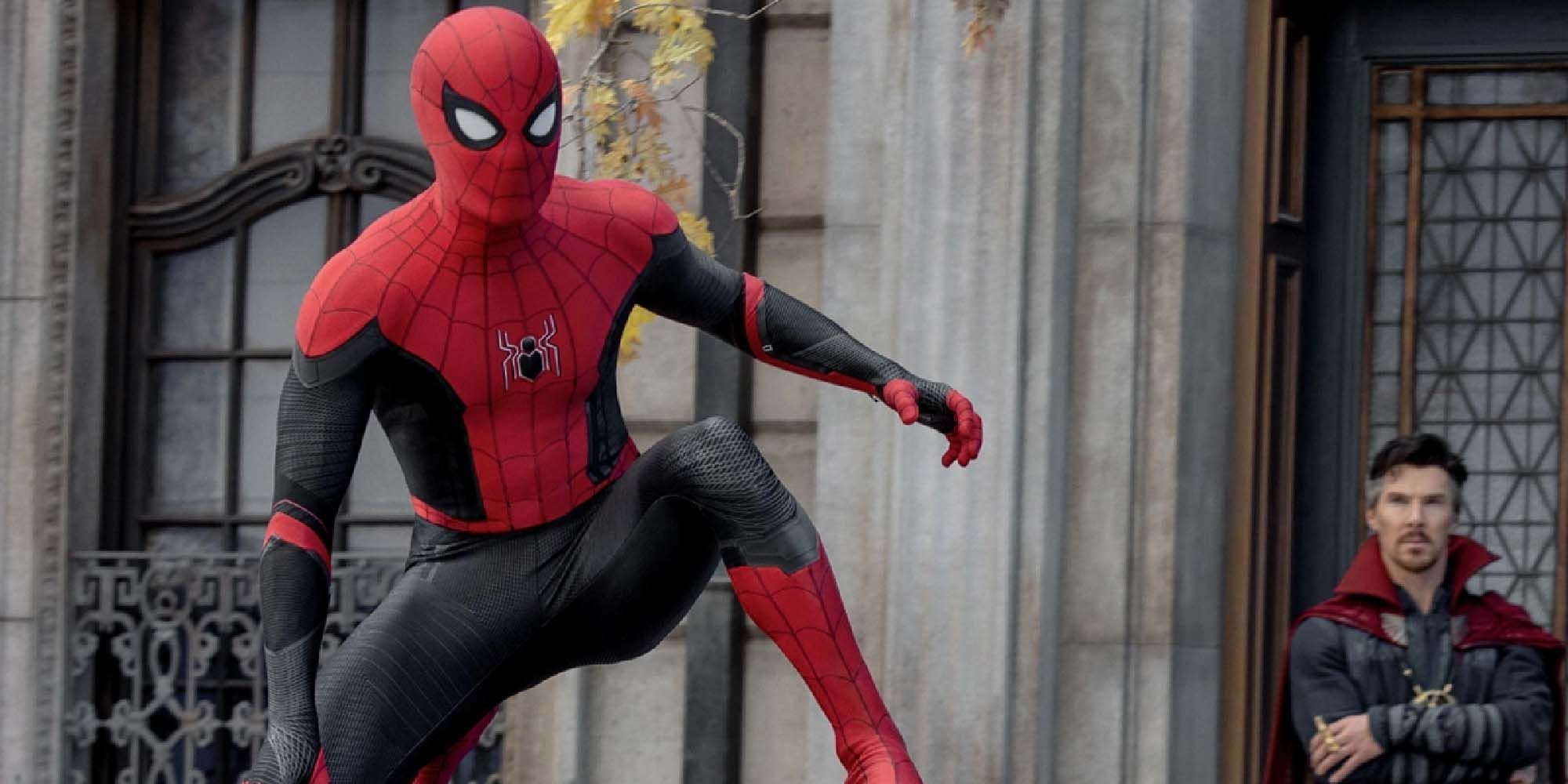 Peter then suggests using a spell to make everyone forget who Peter Parker even is, thereby making sure the villains don’t come through. However, this would have some negative side effects: it’ll be like Peter Parker never existed, so he’ll have no superhero connections, no friends, and no one who knows his identity. After a few emotional goodbyes, Strange performs the spell. At this point, the audience fully expects Peter to just tell a few people again and reverse it – after all, that’s what he told MJ and Ned he planned to do.

Instead, a few months later, Peter goes to see MJ, Ned, and Happy but finds he can’t tell them who he is and instead leaves them without any memory of him. We then see Peter moving into a tiny flat on his own, being told that rent will be due soon. He’s got books to help him get into college, a shit police radio scanner on his phone, and a sewing kit to make his own hand-made costume. It’s a long way from the Stark-provided Iron-Spider suit from Endgame.

As well as providing an emotional ending to No Way Home, the memory wipe eliminates every single problem I mentioned above. Spider-Man chose to have the most literal secret identity of all time to keep people safe. He’s not got any superhero pals or Tony Stark suits to rely on, and he’s not got Aunt May, Happy, MJ, or Ned to help with his heroics. He’s preparing for college and struggling with the rent. He’s not got the Avengers on speed-dial because even they don’t know who he is. It’s a fresh slate.

That fresh slate is great for audiences like me who want a more traditional Spider-Man, but the sacrifice on Peter’s part is what makes it so powerful. No matter what living conditions or suit Spider-Man has, it’s his choice to put others first and use his powers for good that makes him Spider-Man, and choosing to erase everyone’s memory of you is perhaps the greatest sacrifice you can make. He really did prove that with great power comes great responsibility.

In one Thanos snap, Tom Holland has stopped being an Iron Man-obsessed, identity-flaunting, and overall non-struggling supe, and has instead become who he’s always said he is – Spider-Man.

NERF Battles are Coming to Oculus Quest in 2022