Home » Reviews » One Year On, Cyberpunk 2077’s Biggest Issues Can’t Be Patched Out

Cyberpunk 2077 was a mess at launch, that much is clear. It’s almost a shame it was fixed at all – Cyberpunk 2077 1.0 belongs in a museum, it’s such an important piece of video game history. A monument to hubris and hype that deserves to be preserved. Of course, here in the real world where people shelled out hard-earned money for Cyberpunk 2077, it needed to be fixed. One year on, the game is in a much better state. In other ways though, it hasn’t been fixed at all.

It was destined for the headlines. Whatever state the game launched in, it would have been the talk of the town for a month, no questions asked. Because it was such an unprecedented disaster, this talk never got past the bugs. It was either an endless parade of memes, bug compilations, or newly discovered game breaking glitches. Even those who had fully bought into the hype were left with “it would be a masterpiece if not for the bugs!”

Well, the bugs have mostly gone. It still ain’t no masterpiece. Let’s ignore the fact the game included a riff on a racist meme, pandered to influencers with weird cameos that served no one, and all those bugs the game would have been a masterpiece without. It’s still just not that good. 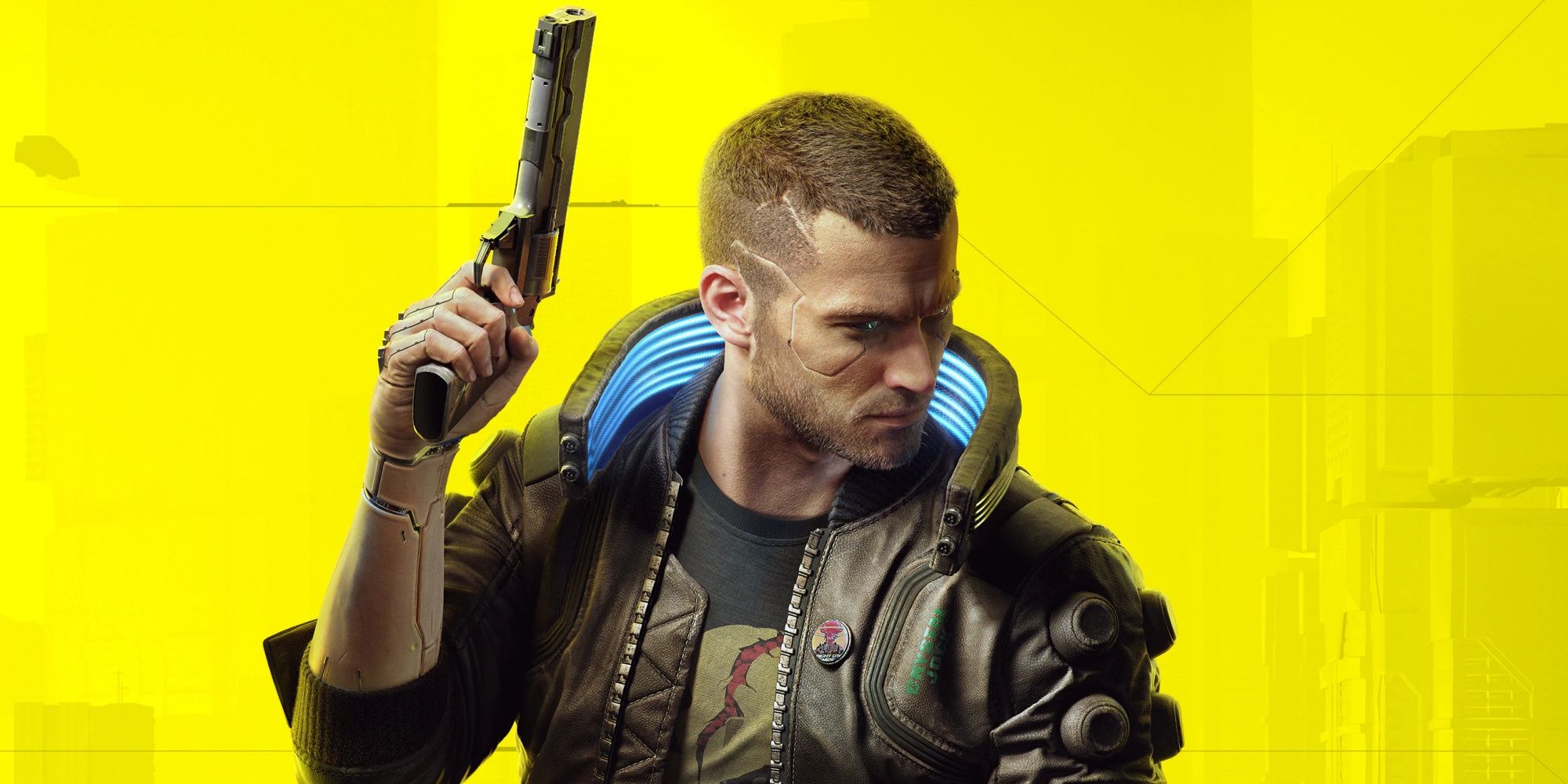 I’ve served my time here. I played it at launch in a rush, beating it in 25 hours, and thought it was terrible. This was when the game was still crashing every half an hour or so, of course. In January, after the game was in a more stable state, I played it fully, completing every quest (bar one that bugged out halfway through, because Cyberpunk) in 100 hours. After one of the more recent patches I dabbled again. It’s still just not that good.

There are two issues at play here. The first is on a raw gameplay level. Aside from the cut third-person mode and the wall running, what remains is clear evidence of an unfinished game. Cyberpunk 2077 is not half perfect, half bugs – even the things that work needed more time spent on them. Driving felt like pushing a lead weight covered in soap, hand to hand combat lacked the complexity required for a first-person view, there were too many guns and too few differences between them, and if Cyberpunk 2077 is an RPG then I’m a Margot Robbie lookalike.

Cyberpunk 2077 cannot just be evaluated as a game alone though. It has always sold itself as ‘more than just a game’, and its biggest cheerleaders were ready to christen it as gaming’s next big step. But even had all the above issues been fixed, it still would not have ascended beyond being a decent game. 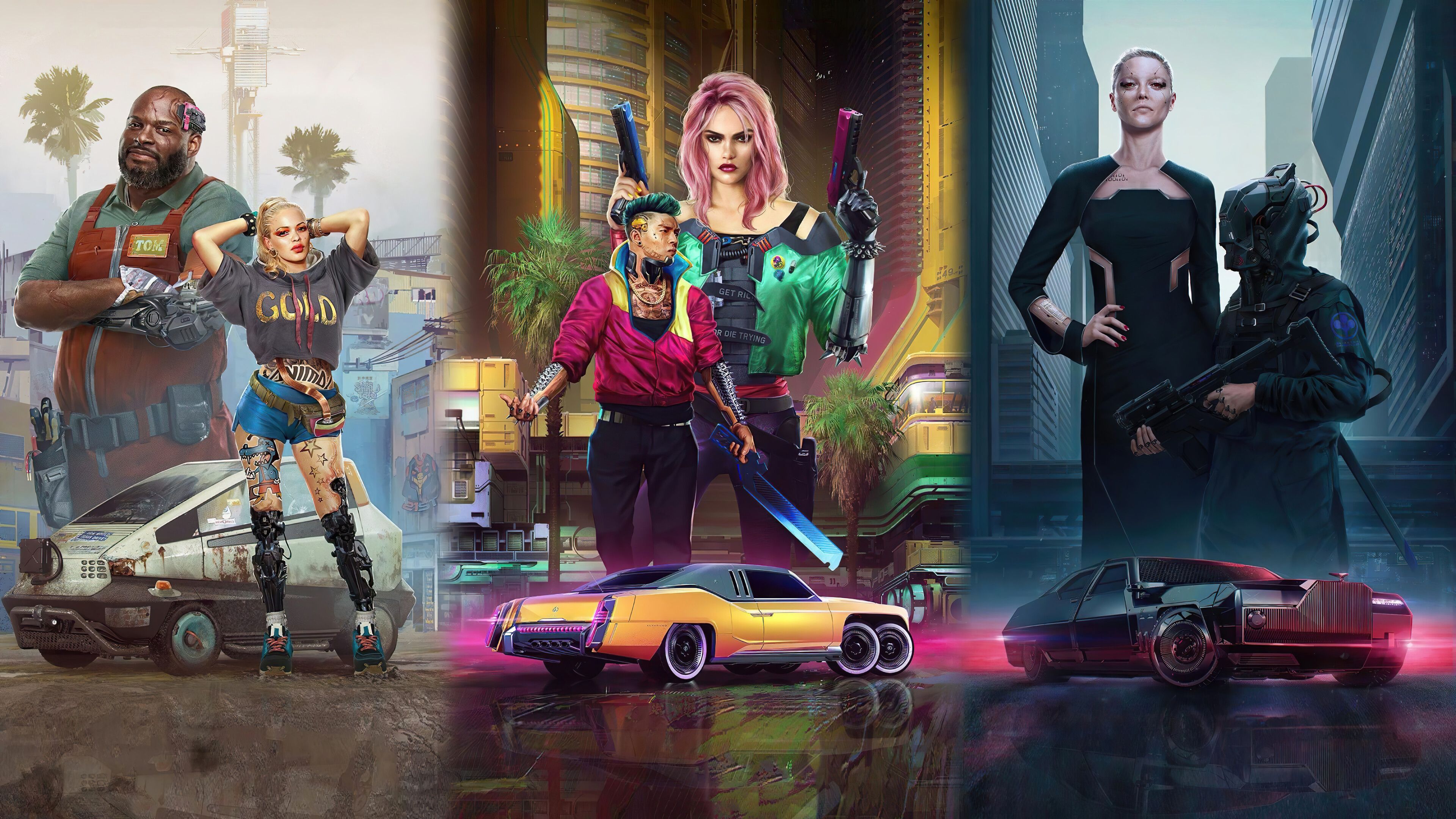 Cyberpunk 2077 is incredibly loud, yet it has nothing to say. It’s a game that vibrates with a sharp, punk edge, then asks you to help out the cops. It’s a game that spends copious side quests calling out posers, then routinely stops for selfies with Keanu Reeves. It congratulates itself for its own originality as it steals from Blade Runner every chance it gets. It’s a game with much celebrated (yet incredibly shallow) ‘transgender’ character creator, yet also with a deeply binary world.

Despite both lauding and mocking its own potentially progressive character creator in its marketing, after you’ve stuck your cock on, Cyberpunk 2077 ignores this aspect of your character entirely. Voice is tied to pronouns, no they/them option exists, and binary sex signs are everywhere. In a scene where you need to buy a session with a sex worker, you are explicitly asked to choose between a man and a woman, with the game acting like this view of sexuality, narrow even by today’s standard, is the hallmark of how advanced romantic relationships are in the year 2077. 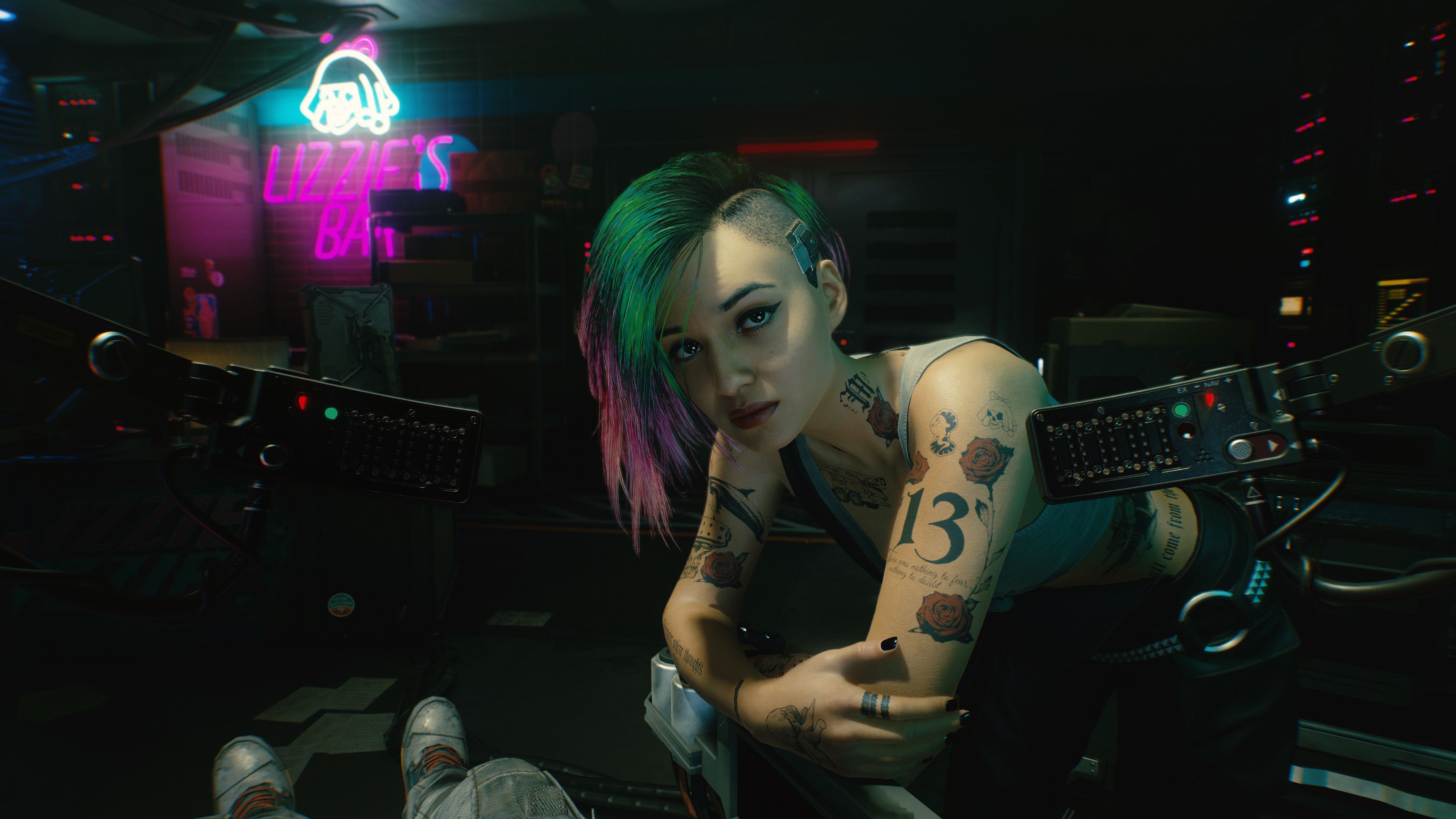 Nothing in Cyberpunk stands for anything. And it’s not even a nihilistic, Fight Club-riffing, ‘nothing matters’ bravado. It’s just a decent video game with quests and stuff, and it can’t even get that right.

One year on, the bugs are gone. Mostly. We still don’t have the promised new-gen versions, but this is the game, if not as it was meant to be, then certainly as good as it could be with a December 10, 2020 launch date. And it’s still just not that good. Patches upon patches upon patches might eventually make the gameplay as great as everyone once hoped for, but the underlying soul of the game cannot be patched. DLC might give the game a point of view, but one year on, Cyberpunk 2077’s biggest problem isn’t the bugs. It never was.

Gameplay: Taking One Stride at a Time