As a – very – casual Overwatch fan, the characters have always been my favourite thing about the hero shooter. They only tell vague stories, but they’re so well designed and are bursting with such life that they feel like bigger characters than they actually are. They’re similar to comic book characters; you don’t need to have read the decades long history between Batman and the Joker, you just see their iconic designs and you instantly feel as if you know them. Whether it’s Ashe and her Wild West gunslinger aesthetic, D.Va’s e-girl vibe, or Winston the science monke, the character designs tell their own stories. That’s why the recent Archives event feels like a big missed opportunity.

Despite my praise for the designs, Overwatch is not a game with in-depth characters – it’s all skin deep. Any attempt to flesh them out usually comes through fine print in the lore, promo reels, or external material like comic books. I understand why fans want these great designs to be built upon further, and I appreciate that a hero shooter all about utilising powers and fast PvP play is not the ideal genre for deep, interconnected stories. Overwatch has two queer characters, which is more than most triple-A games, but it’s hard to give it too much credit when their queerness has been so completely downplayed. It’s often lauded for its diversity – it even once had a GLAAD nomination – but that fact is its two queer characters are white, cis, and straight passing, while there are more playable animals and playable robots than there are playable Black women. That’s not too much of a stretch though, given that there are zero Black women in Overwatch’s heaving roster right now – Sojourn will join in Overwatch 2, but that feels too late for a game with playable 32 characters.

That’s an issue for another day though. Today, I want to focus on the Archives skins, particularly those of our queer characters, Soldier 76 and Tracer. The Archives event is running until April 27, and brings eight new skins to the game, each designed around a given character’s cultural history. Both Soldier 76 and Tracer are included in the event, but it’s extremely telling that neither of their cultural histories includes any reference to queerness. Soldier 76 is becoming Soldier 1776 which, I admit, is a good pun. The American soldier is donning the jacket of the Revolutionaries, these days probably best known from the musical Hamilton. 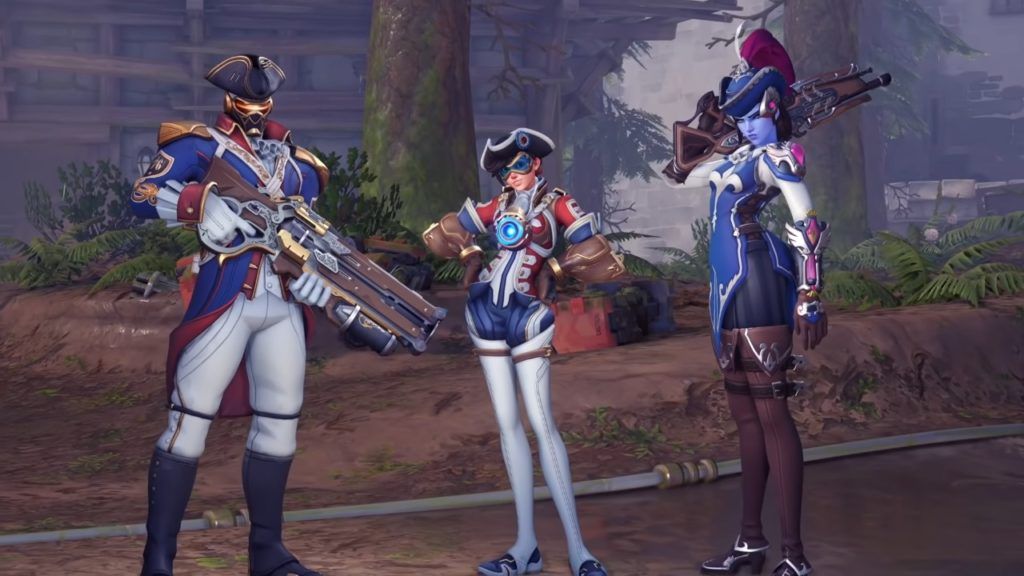 Meanwhile, he’ll see Tracer on the other side of the war, since she’s a Redcoat Cavalrywoman with twin Revolutionary-era revolvers in her hip holsters. I understand the logic behind this; lots of the other characters delve into their national cultural heritage too. Widowmaker is a Mousquetaire, Zarya a Polyanitsa warrior, Genji a samurai, and Lucio a Conquistador. But for a long time, the excuse held up in defence of Tracer and Soldier 76’s queerness only featuring off-screen is that Overwatch simply isn’t the type of game that allows for anything more. Well, the Archives skins do. There is so much cultural history in their queerness, in Stonewall and the earliest Pride protests, in the punk movement, in art, and through cultural trailblazers that speak to the heart of who Soldier 76 is far more than just putting him in a different soldier outfit from a few centuries ago.

They wouldn’t even be the exception to the rule, either. Mercy’s skin is based on the history of healers, taking inspiration from Florence Nightingale, while Zenyatta’s is a deep sea diver because… well, I’m not sure. It looks cool, I guess. 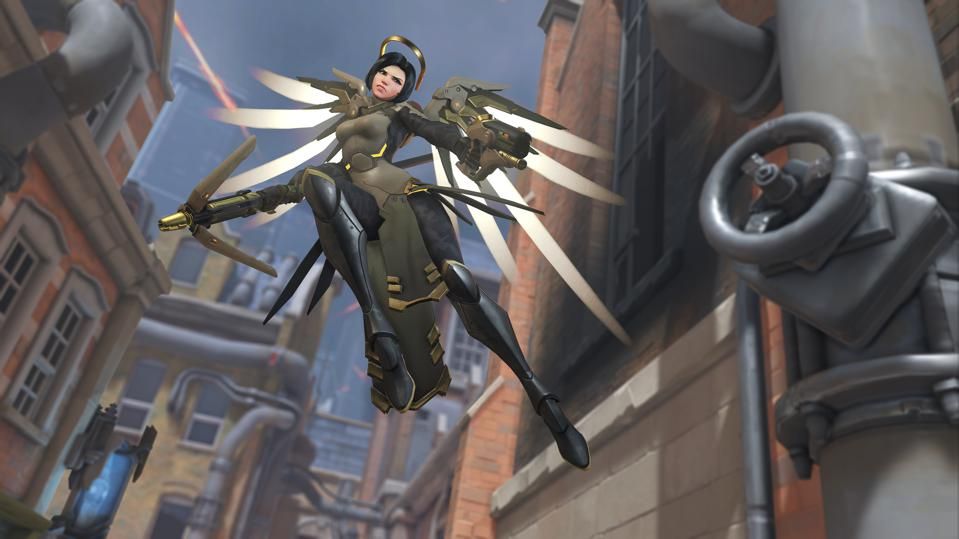 Overwatch skins are nothing more than costumes to dress your favourite characters up in, so it seems silly for someone like me, who only plays rarely and not even as Soldier 76, to care about them so much. But it’s not really about whether the skins look good, whether I’d want them, and whether they’re better or worse than other sets. It’s that Blizzard had the opportunity to embrace the queer culture behind Soldier 76 and Tracer, a culture the company is happy to cater to in only the most minor of ways, and instead ducked it. A skin that was unabashedly queer was an opportunity to reinforce the diversity Blizzard often talks about, but Overwatch deliberately let the opportunity pass by. 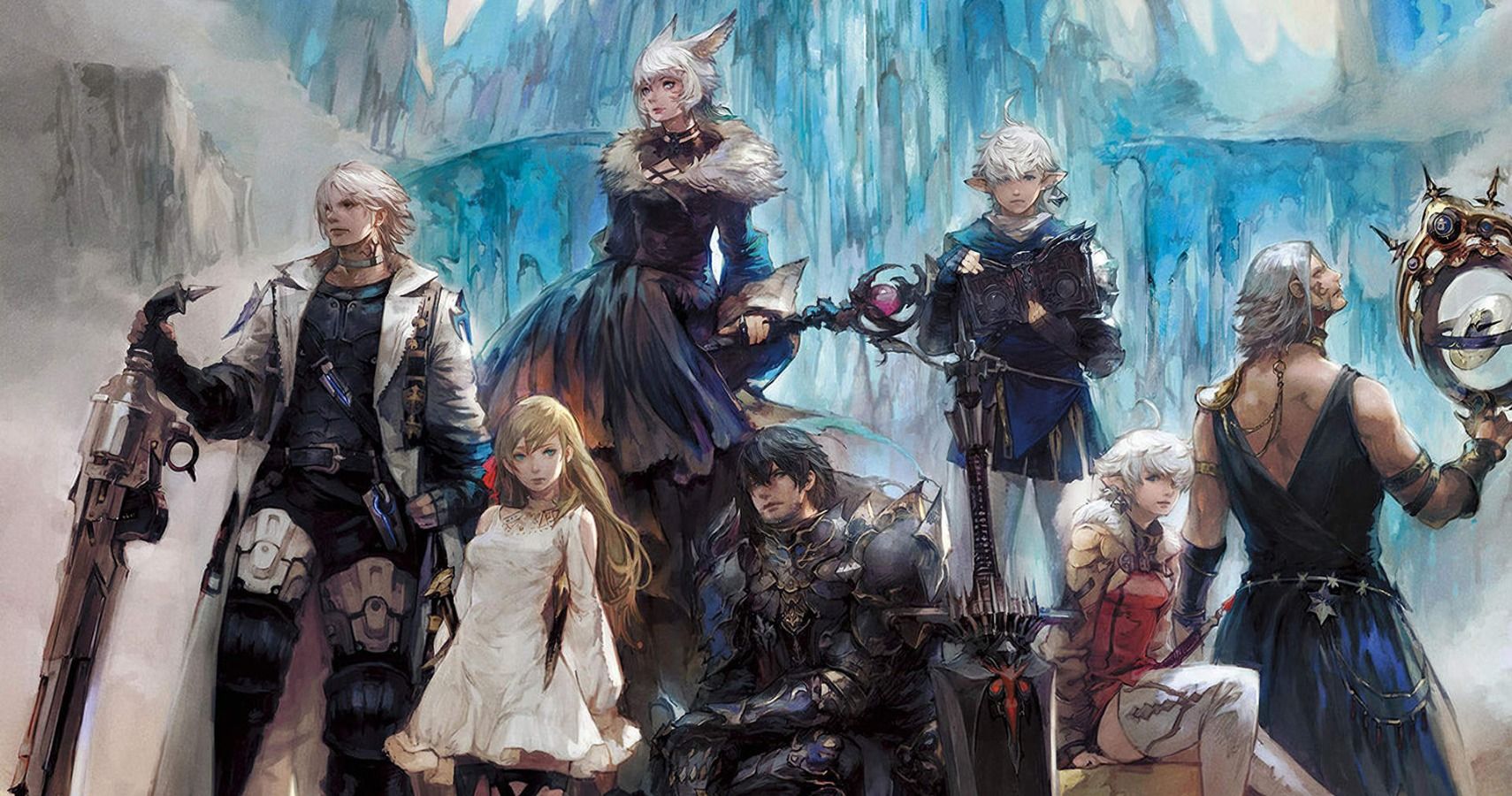 Cadence of Hyrule Review – A Pleasant But Discordant Melody