Home » Pokemon Is Great Because You Can Never Catch ‘Em All

The core theme of Pokemon is ‘gotta catch ‘em all’, but that has never actually been possible in a single game. Even leaving aside that the Pokedex grows year on year and the games don’t have the memory to house all of the old ones alongside a bunch of new ones, this issue goes back to the very first set in the series. In both Pokemon Red and Pokemon Blue, it was impossible to catch ‘em all. There are some flaws to the way this has been implemented, sure, but I think this inability to fill out the ‘Dex – at least on your own – is part of what makes Pokemon so great.

Let’s get the negatives out of the way first: version exclusives are bad. What logical explanation is there for Oddish hopping around in the grass by Cerulean City in Pokemon Red, but Bellsprout’s gangly roots stumbling there in Pokemon Blue? Obviously, the actual reason is money: exclusives mean there are two different versions of the game on offer, meaning to get a full ‘Dex, you either co-ordinate your purchases with friends, or you buy two. I’m generous enough to give Pokemon a bit of a pass for doing this originally, when the game was still a risky venture, but now that Pokemon is less of a video game franchise and more of a printing press for infinite amounts of money, it’s a lot harder to justify.

Despite this, I am quite fond of the idea of version exclusives when there is a thematic reason for it. Like Electabuzz and Magmar, for example. They – and their evolutionary lines – have typically been kept separate, dating right back to Red & Blue itself, to the point where it feels like they have some sort of rivalry going on. Seviper and Zangoose offer a less well known but narratively stronger example of an in-game explanation for ‘mons deliberately avoiding each other across different versions, too. 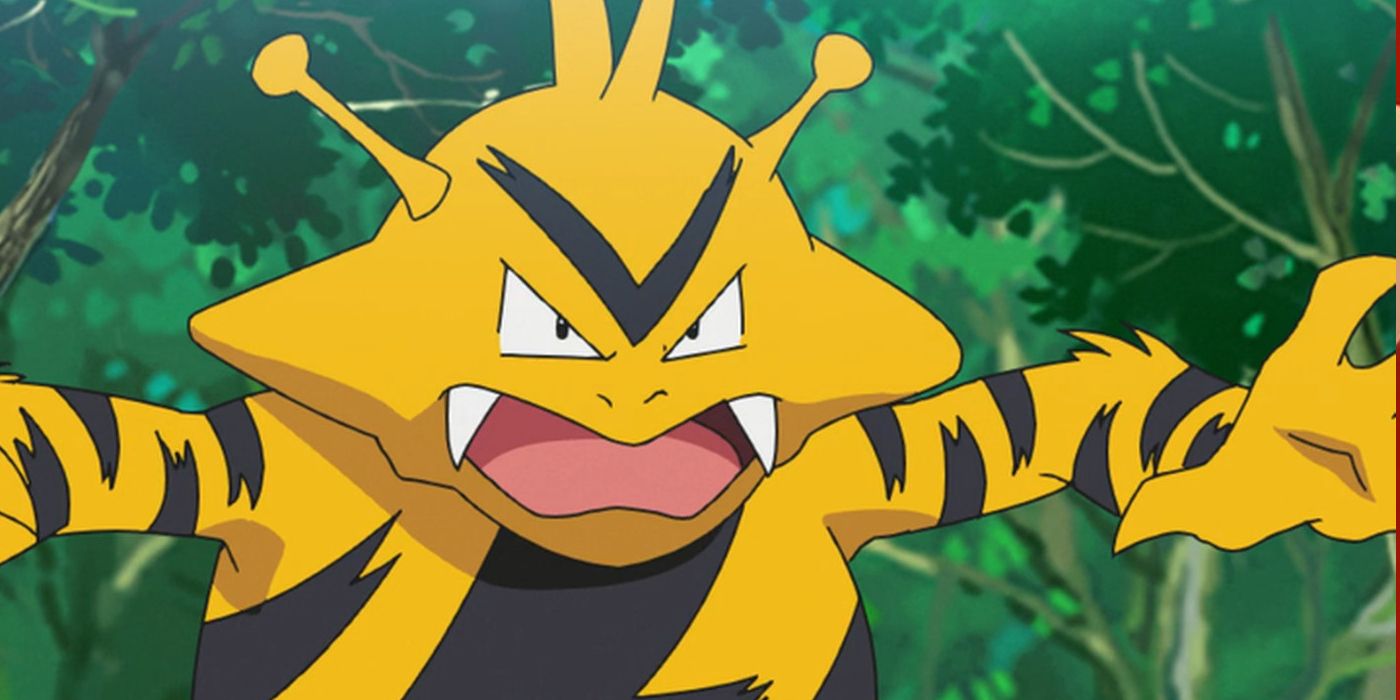 I suppose the reason I’m more on board with this type of version exclusive is because I like when the Pokemon games force you to make a choice, just not when it’s done in such a nonsensical, money-grubbing way. Pokemon games have always been about this choice, kicking off with you choosing a starter, so much so that people often define their playthrough by the starter they select. This decision not only dictates how difficult the early game will be, it also helps mould your team right from the first step. If you pick Squirtle, it’s unlikely you’re going to keep any Water Pokemon you catch for too long, because big ol’ Blastoise will have you covered. It means you’ll sweep some trainers aside easily and find others infuriating, while a different starter would see those scenarios switched. The starter mechanic ensures that two players will have completely different experiences of the exact same game right from the very first choice they make.

It’s not just the starter either. The game is peppered with these decisions, although none are as significant as picking between Bulbasaur, Charmander, or Squirtle. In Mt. Moon, you’ll have to choose between two fossils, with the late game payoff of being able to get either Omanyte or Kabuto in your party. You also only get one Eevee, and are left with the choice of which eeveelution to plumb for; a choice which might again be weighted by your starter ‘mon. Meanwhile, in Saffron City’s non-badge Gym, defeating an array of Fighting trainers lets you choose between picking up a Hitmonlee or a Hitmonchan. As a kid, I thought these were two of the coolest Pokemon ever, and my desire to replay Pokemon Blue was motivated less by wanting a new starter – Bulbasaur team for life – and more by wanting to give Hitmonlee a whirl this time around. I now think humanoid Pokemon are a bit silly, but I’ll always have a soft spot for those two.

There’s also the Master Ball, which could only be used once, adding yet another layer of choice to the game. While using it didn’t technically stop you from catching any given Pokemon, not using it on Mewtwo made that challenge almost impossibly hard. That said, anyone who struggled on Zapdos, Articuno, or Moltres could be forgiven for nabbing one of them with it instead. If you’re one of those mavericks who used the Master Ball on a Pidgey or a Magikarp because you thought it would be funny, I salute you, but I’m not sure I’ll ever trust you.

Besides all that, I just don’t think it makes sense that you should be able to catch ‘em all. You’re ten years old, and it’s bad enough that you’re catching Legendary one of a kind monsters, then becoming the greatest champion the region has ever known while being younger than the Stranger Things kids in season one. Oh, and the closest challenger to you is another ten year old kid, who depending on your sense of humour, might well be called Fartbutt. 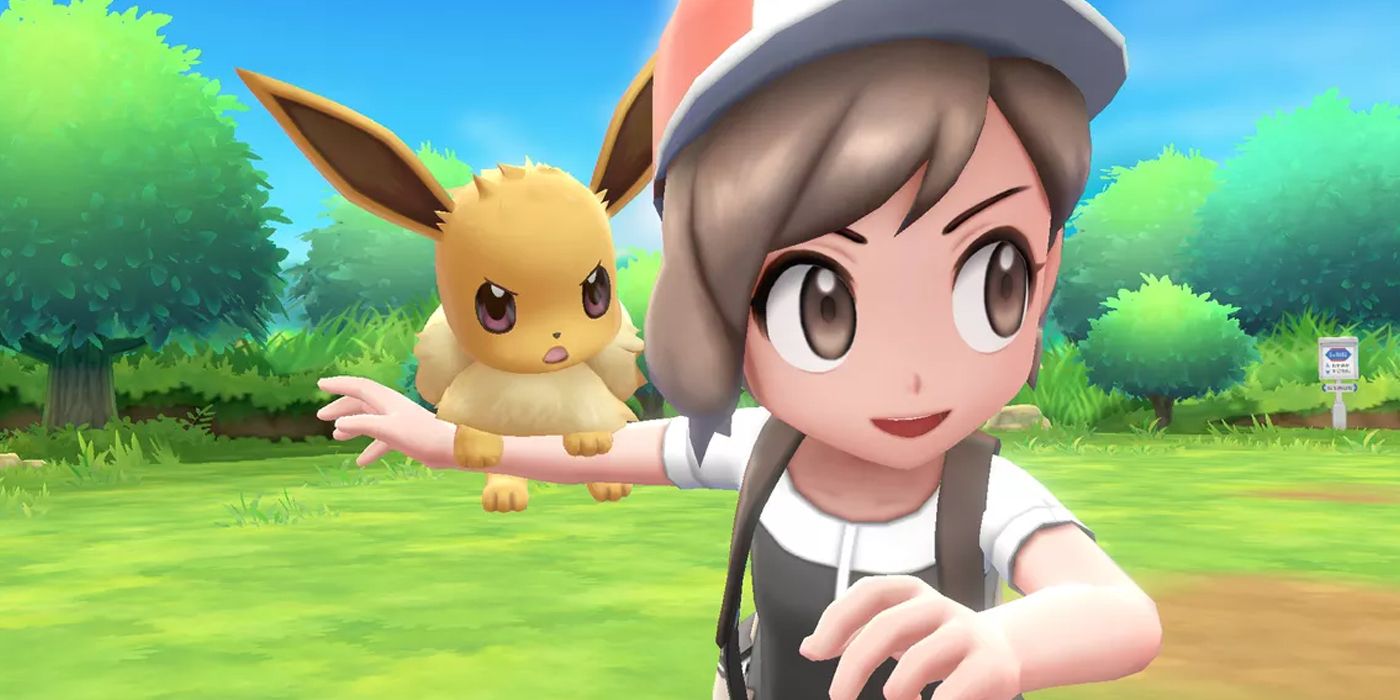 Of course, it is possible if you collaborate. I don’t like the version exclusives anymore than you do, but working with pals to ensure you both get a Gengar and Alakazam from trade evolutions taps into the spirit of teamwork Pokemon has always tried to showcase in the anime. Through trading, you can get both Hitmon ‘mons, all the eeveelutions, even all the starters if someone is willing to part with theirs. It’s not even that I love not catching ‘em all, but I love that I can’t do it without help.

You start the game completely clueless. Not only have you never trained a Pokemon before – you need to be shown how to even catch one. There is something heroic in you rising from those humble beginnings to become the champion, and in the laws of video games, I understand its feasibility. But to not only be the battle champion, but somehow the greatest archivist and anthropologist your region has ever seen, all while still being ten years old, just feels a bit much. Fair play to you if you got all 150 – or 151 if you glitched your game to get Mew – but I’m happy that I never did quite manage to catch ‘em all.