New Pokemon Snap has become my latest obsession. I’ve been doing everything I can to capture the best pictures of various pocket monsters in different poses and environments. To be honest, this may be the most I’ve ever cared about the entire Pokemon franchise. If there was more photography and fewer random battles in tall grass, I’d pay far more attention.

But for as much as I’m enjoying Snap, there’s been one aspect of the game that’s been bugging me. That would be Professor Mirror, the reckless menace who probably should be arrested or banned from conducting scientific research. Y’all want to talk about the monsters of Resident Evil Village? Professor Mirror is far more capable of inflicting psychological horror than anyone living in Castle Dimitrescu. 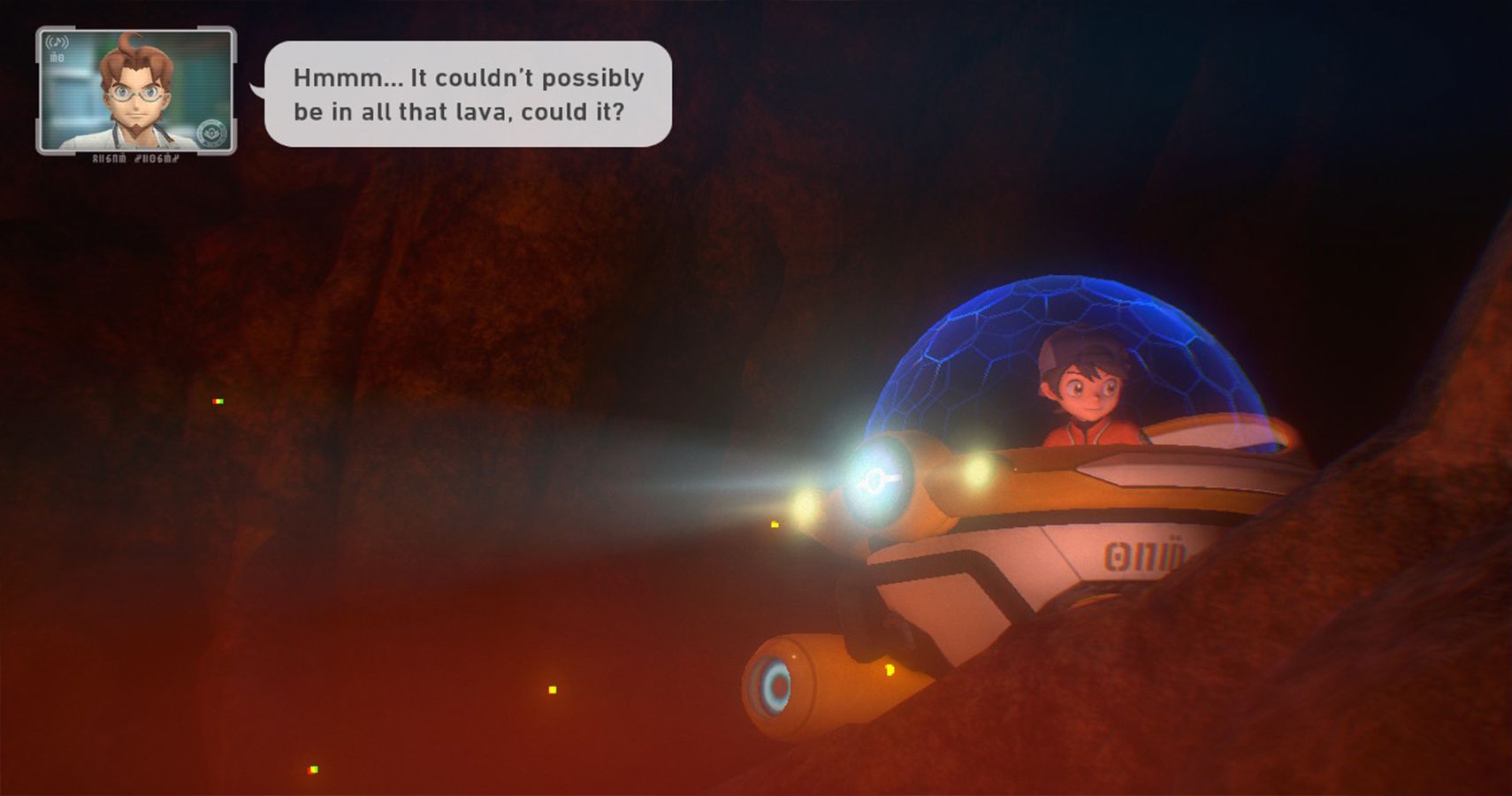 The whole concept of this game is that Professor Mirror sends your teenage avatar, a precocious girl named Rita, and some kid named Phil – who’s going to grow up to be just the worse type of person – into the world to take pictures of Pokemon. You get to ride around in a little buggy into jungles and forests while taking plenty of photos of cute, cuddly critters. Sounds innocent enough, right?

Well, things quickly start to spiral out of control. You go from forests to the middle of a barren desert. Then you go underwater into the deepest parts of the ocean. Finally, you get sent into the middle of a goddamn active volcano swarming with flaming Pokemon.

How is this not considered a traumatic experience on par with Ethan Winters’ stroll through a lycan-infested village? His harrowing journey is a lovely nature hike in comparison to New Pokemon Snap’s minecart ride through Hell.

Look, I get that the kids of the Pokemon universe are pretty hardy. They seem to be able to handle a lot at a very young age. When they hit their teen years, every parent sends their child out the door to kidnap magical murder animals, stuff them into tiny science balls, and use them to fight strangers for sport. These kids are capable of taming fire-breathing dragons, creepy mimes, living ice cones, and the literal Pokemon God. All for the purpose of receiving a badge that they can attach to their hat or shirt. That’s a lot of work for a glorified pin.

However, the children of New Pokemon Snap don’t have any captured Pokemon nor pokeballs. So, essentially, these are defenseless minors being sent out into dangerous conditions just so they can photograph a Pinsir that could probably snip their heads off with its claws if it wanted to. At least Ethan gets a whole arsenal of firearms and explosives. All these kids get is an annoying song to play that will drive Aerodactyls to disembowel them.

Are these kids being paid? Do they receive any kind of compensation other than maybe a badge? Or is this one of those situations where Mirror claims that they’re gaining “valuable experience” in lieu of payment? Because that sounds like a Mirror move if I ever heard one. 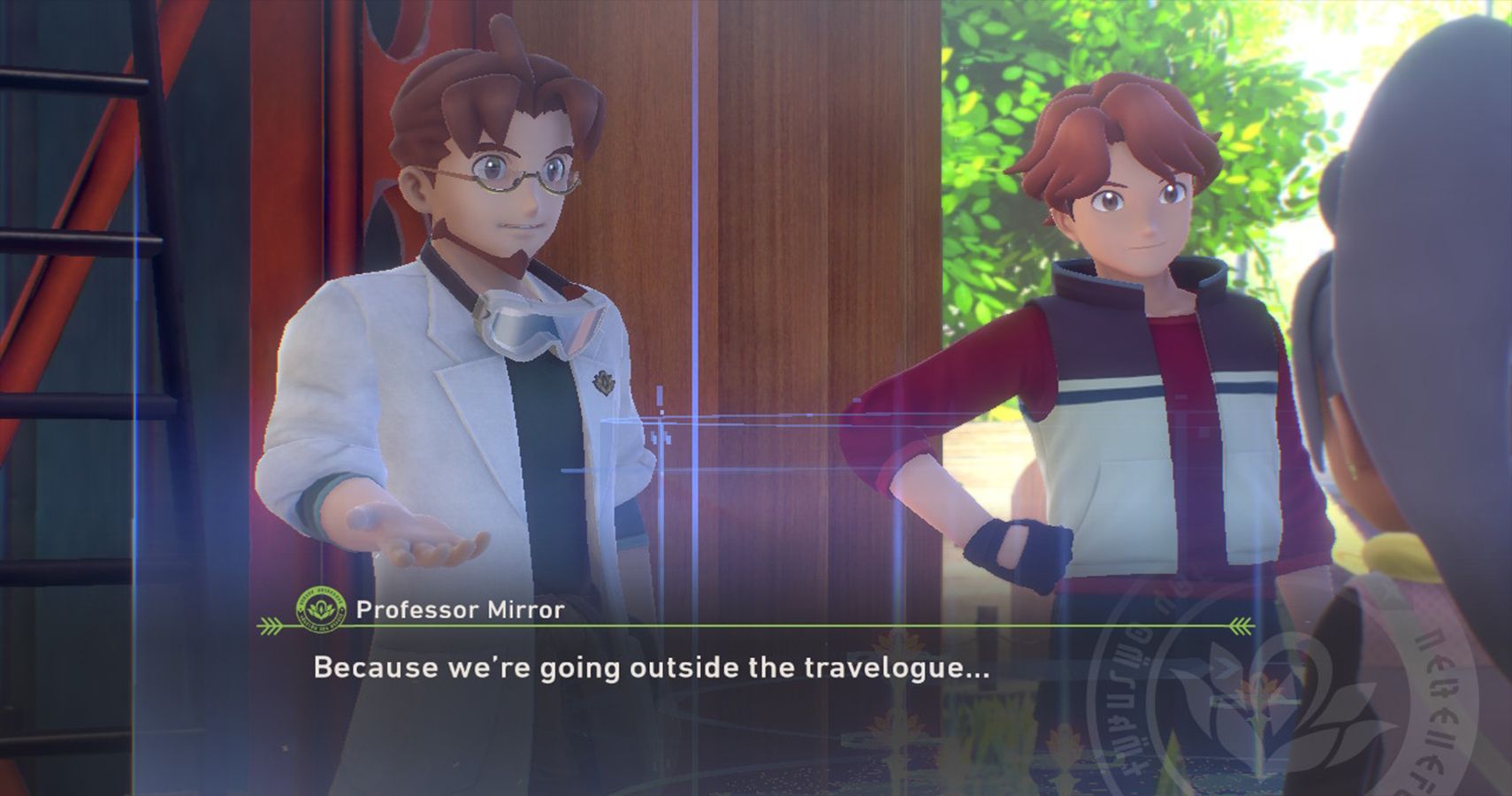 Not only is his work likely violating some sort of child labor law, but he’s also risking their lives with his experimental technology. Every time he finds a new high-risk location to explore, he always starts his speech by saying “well, the NEO-ONE isn’t really supposed to go there,” before revealing that he modded it to be able to traverse that terrain.

But how does he know that will work? Did he test it himself? Or are these kids his unknowing test subjects? There’s no way of knowing if his modifications are safe. What happens if that thing breaks down? The NEO-ONE only has a thin shield to protect these children from danger and if all the power is drained, that probably won’t even work. In the Voluca region, there’s a freaking Tyrantrum! Imagine being stuck in that volcano, sweating profusely from the extreme heat, with a pissed-off tyrannosaurus rex that you’ve been whipping Fluffruits at staring you right in the face. That’s terrifying.

And that’s not taking into consideration the whole teleportation aspect of the NEO-ONE. What if that mechanism fails? Has Professor Mirror never seen The Fly? He is one power outage or malfunction away from turning Rita into a pile of goo! Or worse!

I don’t care if a meteor is about to hit the earth and you need pictures of glowing Pokemon. Mirror needs to test out his own damn inventions before sending his underage volunteers out into the field.  Or at the very least send Phil out there first. That way if something goes wrong nothing of value is lost.

To top it all off, after you come back from whatever hellscape you’ve just explored, Mirror has the gall to criticize your photos. You just survived one of many trips into the darkest, most hellacious environments imaginable in a potentially volatile go-kart and you return to hear, “that’s a good picture of Sharpedo about to rip out your esophagus, but it’s a little off-center so I’m going to have to dock you points.” Well, that’s my bad. It’s my fault for not holding the camera straight while I was trembling with absolute terror. No gold star in my photo book for me! Send me back out into the ocean sir! 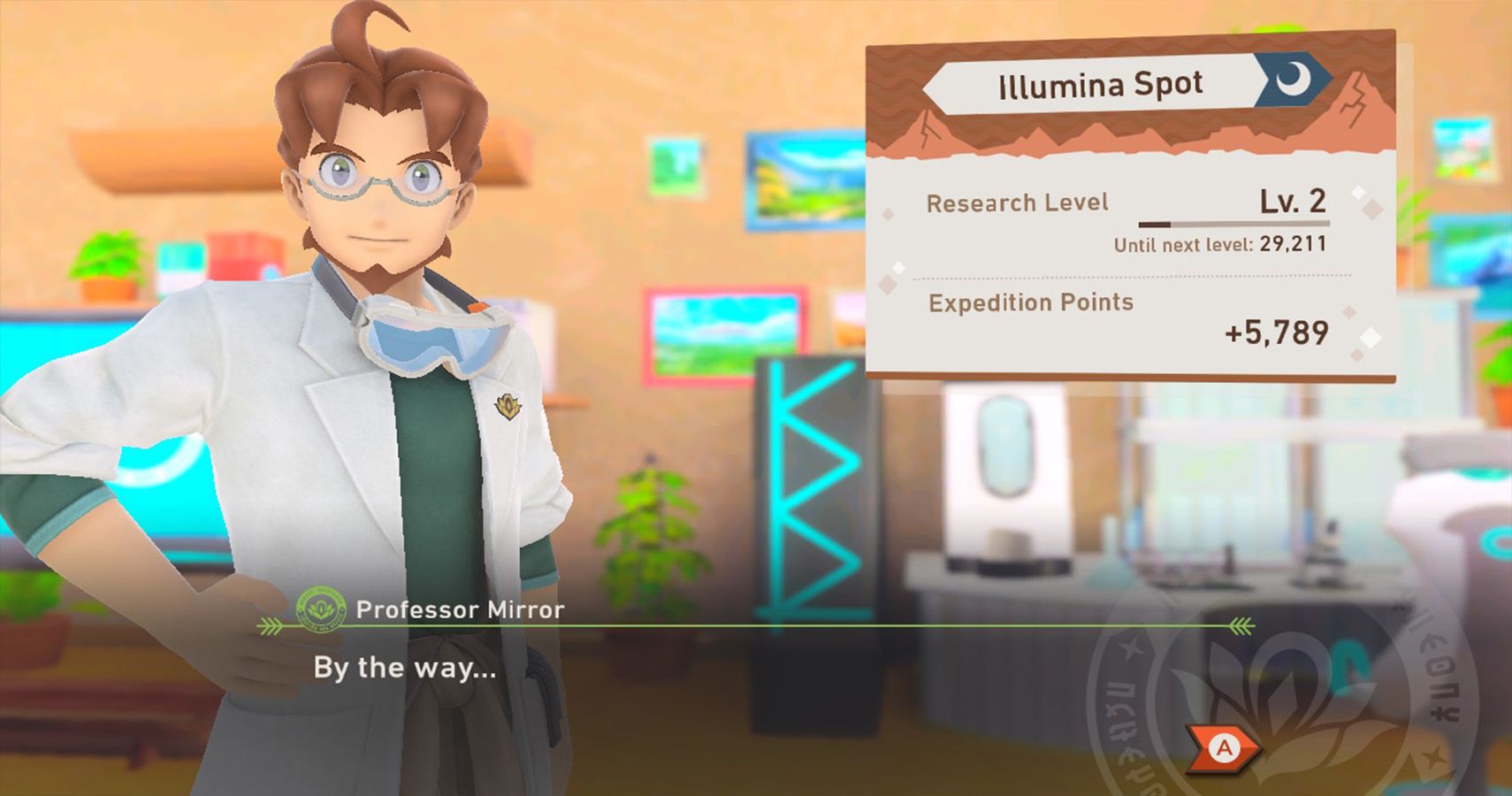 When you see a 9-foot-tall goddess or a dude carrying a giant hammer that looks like he just stepped out of Bloodborne you know you’re in for a bad time. But Professor Mirror is the true monster because he’s hiding in plain sight. Wearing a lab coat, surrounded by adorable creatures, and giving teens the chance to take all the Pokemon pictures they want with his magic science camera. All they need to do is step into untested machinery that could break down and leave them stranded in an inhospitable environment where they can be torn apart by wild Pokemon. But hey, at least you’ll get some JPGs of a Pyukumuku for your photography portfolio. What a deal!

I don’t know if the Pokemon universe has some kind of research ethics committee, but a formal inquiry into this child-endangering degenerate’s scientific methods needs to be done. Call the police, get him away from the children, and put this man in jail where he belongs.

Also, watch out for that Todd guy too. You ever see that look in his lifeless eyes? I’m fairly certain he’s got bodies buried somewhere in Florio Nature Park.

I’m a terrifying god with an army of mad crabs

Here Are The Best Indie Games Of Late September