I didn’t get into Mass Effect until well after the fact. During my junior year in college, in 2014, I bought the trilogy box set and threw myself into a month-long sprint to burn through them all. There were no expectations for me – no way I could really occupy the mind of somebody bent out of shape over the ending. All I knew was that they were pretty okay sci-fi games, and that everybody wanted me to play them.

But even in 2014, as my small liberal arts college sculpted my malleable little brain into being more socially conscious, something about Mass Effect stuck out like a sore thumb to me. No, it wasn’t the way the game’s neoliberal politics aged like cottage cheese, or how the franchise’s pivot towards shooters was a major downgrade – those realizations would come later.

Instead, what stuck out to me right off the bat was that… well, the much-publicized queer relationships kind of sucked.

Of course, playing as FemShep and exclusively romancing women in that first run, I saw the marginally better end of it. FemShep can shack up with 7 of the series’ women and 6 of the men. To put those figures into more perspective, there are 6 unique men and 11 unique women that can be romanced across the original trilogy. Right off the bat, it’s pretty apparent that these numbers are more than a little skewed towards a certain 18-34 year-old demographic.

What demographic, you ask? Oh, c’mon. You already know. 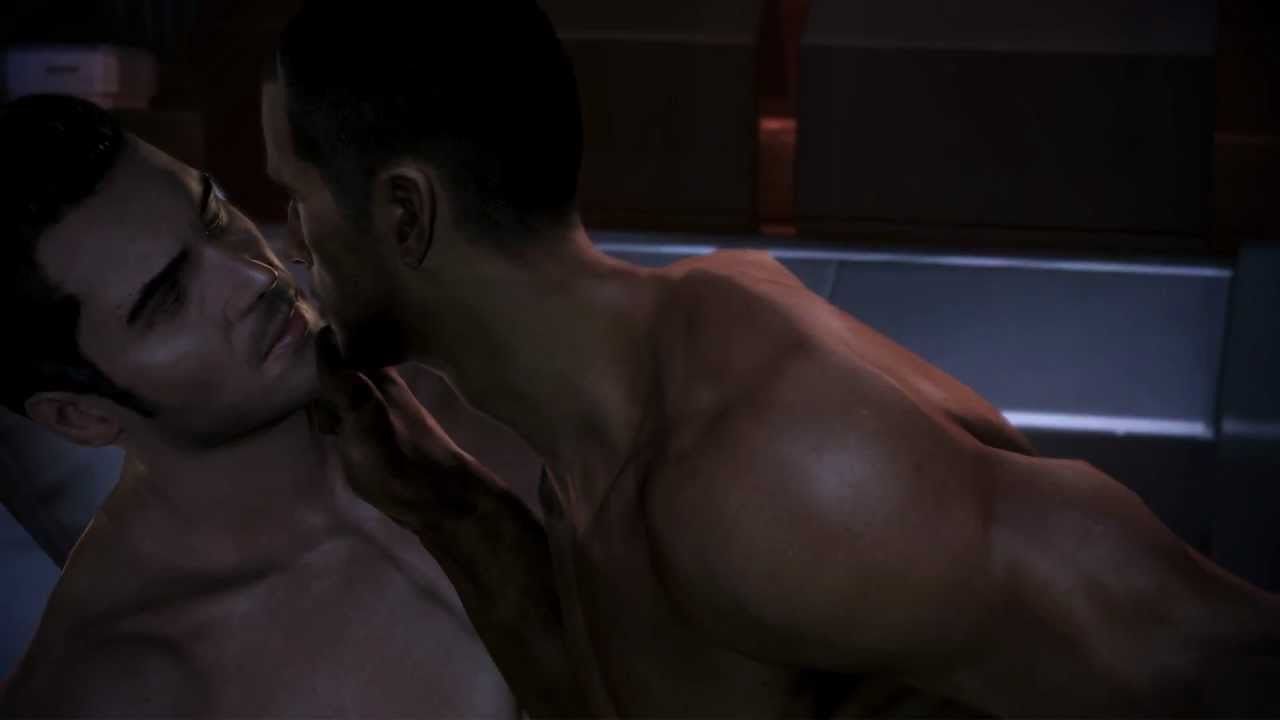 But I digress. DudeShep gets the broadest pick of women, with over 90% (10 out of 11) of them able to be romanced in a hetero playthrough. For those keeping count at home, this means a straight male Shepard gets the biggest dating pool in the trilogy. But if you think that wide array of choices extends to a gay DudeShep, then buddy, you’re in for a real shock. Out of the six guys that can be romanced, only two in the original trilogy can be romanced by a dude: Kaidan Alenko and Steve Cortez. The former, only bi in the third game, can die in the first; the latter can’t ever come on missions with you. Woof.

Let’s problematize these numbers just a bit more, though. While it’s true that FemShep can date the majority of the trilogy’s women, only one of them is exclusive to her – Samantha Traynor, who a) is only in the third game and b) can’t be taken on missions. The rest of the women are ostensibly bi, which is dealt with in the blandest, most inoffensive way possible. Speaking as a bi woman, these don’t read as bi women to me – they’re women designed by and for straight dudes, that you can just so happen to date if you’re a woman. That, to me, is not good representation, but rather an insignificant concession likely made for men playing female characters.

With all of this laid out, then, you can probably understand my confusion at why literally anybody would consider Mass Effect decent representation. Straight men rule the roost, women get steamy girl-on-girl sex scenes, and gay men are either dead or functionally useless. It reads less as a bastion of progressiveness, and more as a typical white guy sci-fi novel that takes the Hugo because it has space and alien tits in it.

But here’s the thing – even with all of this being the case, I would never try and argue that Mass Effect isn’t a watershed moment for queer rep in mainstream gaming. Because while it certainly has its blindspots, it’s also a hell of a lot better than what we were getting at the time. Keep in mind that these games came out between 2007 and 2012, a time when gay marriage wasn’t yet legal, and being a rich gay white dude in Hollywood still seemed risky. In a historical context, we weren’t even 20 years removed from Reagan’s vile, systemic genocide of the queer community during the AIDS crisis. The idea of mainstream queer rep somehow not ending in tragedy was… well, refreshing for the time. 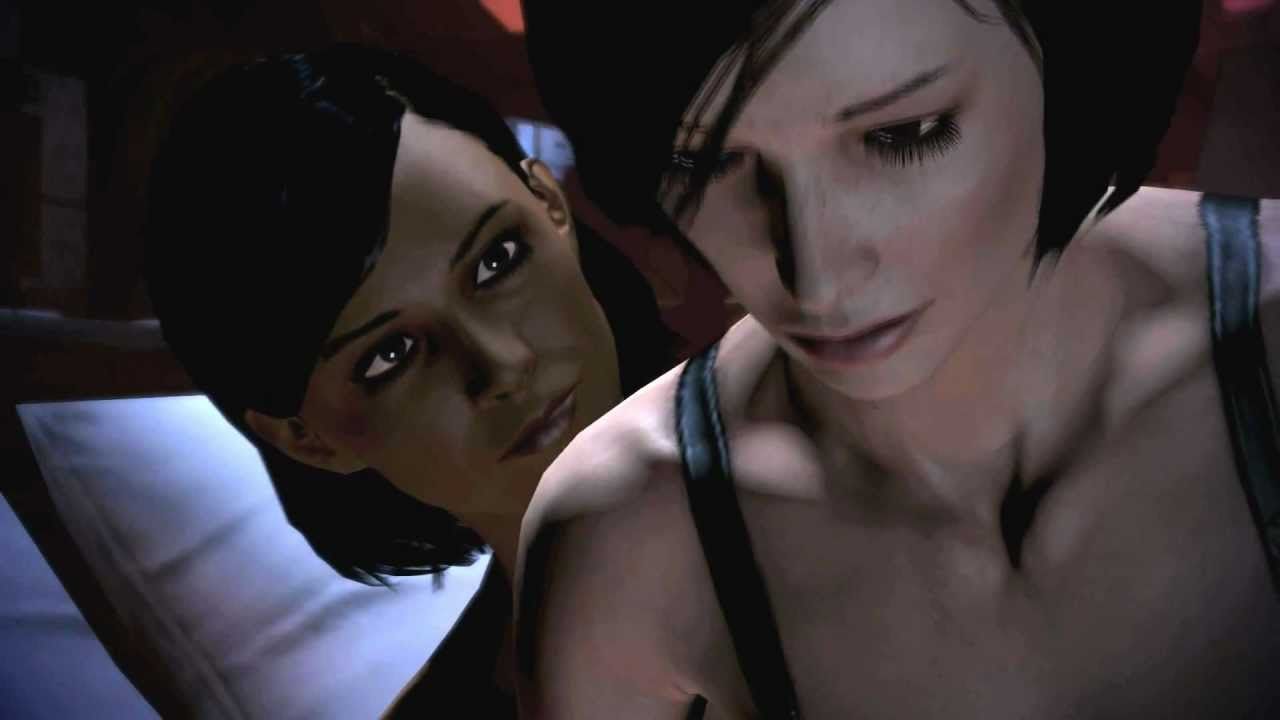 And, yes, there was better queer rep to be found. There were smaller games that dealt with queer themes and had decent rep, and the idea of M/M and F/F relationships was already trodden ground in the Japanese VN scene. But that’s just it, isn’t it? These weren’t titles being played on the scale of a big-budget EA production. The mere inclusion of a bi woman in an expensive, marquee title like this was enough to turn heads. Yes, the discourse of the time was largely centered on lesbian sex scenes. Yes, Liara (though a great character) is not exactly sterling bisexual rep. However, it was different from its 2007 contemporaries, which were games where the “moral choices” were figuring out which ugly racial stereotype you wanted to enact police brutality on or deciding if you wanted to kill little girls.

As depressing as this sounds, being a queer gamer means that you take what you can get, then try to push what you can get to be even better. You look at the representation available to you, you dissect it and you think about it in more critical terms, then you figure out what’s wrong with it and ask for something better. It’s a struggle, yes – and one that straight cis people can never and will never understand, at that. However, without this process, nothing would change. We wouldn’t learn anything.

To me, that’s why Mass Effect is still a vital turning point for queerness in gaming. It’s a franchise that started with the barest of minimums, and slowly inched towards something marginally more okay over the course of five years. Because queer fans latched onto it and rightfully critiqued it, that “bare minimum” got a little better. And because of that, BioWare learned and wrote even better queer characters in Dragon Age: Inquisition – a woefully flawed game, sure, but still one that did a lot of important work.

We need games like Mass Effect to exist, because while flawed, they still move the needle towards an ultimately good direction. Without those little, imperfect, sometimes hurtful pushes, we wouldn’t get anywhere. It’s important that devs keep trying – and equally important that we call them on their bullshit.

Note: I didn’t include Mass Effect Andromeda in this conversation, as a) it’s an unfinished work and b) it could very well be retconned.

Next: I’m Fine Without A New Silent Hill

Keep Your Head Up! You Can Now Pre-Order This Awesome Statue Of Overwatch's Lucio

How to catch shiny Gyarados in Pokemon Go?