Female characters that matter still feel like a relatively new thing in the world of gaming. Back when I was growing up I was often limited to oversexualised heroines in the form of Lara Croft or Jill Valentine where genuine depth was ignored in favour of titillation. Women were relegated to the background in favour of gruff male characters who were the only ones capable of saving the day. As a trans woman yet to come out of the closet, I had nothing to relate to, no powerful figures to project my struggles onto who could provide some form of hint about my queer identity. It was slim, sexy pickings in a heteronormative landscape of games that would take decades to change.

In 2021, things are much more palatable. Sexualisation is still rife, and strong female narratives remain few and far between, but the medium is most definitely shifting. For example, Ratchet and Clank: Rift Apart will see the arrival of Rivet, a female character who is poised to have equal footing in the narrative alongside Ratchet. A female counterpoint to Ratchet, the beloved lombax who has led the series thus far, she is being pitched as a charming, capable, and adorable lead character who could become a mainstay for the franchise if fans take to her.

Judging by the oodles of questionable fanart and the mountain of love she receives on social media, it seems they already have. This is so exciting, even if a strong female character has to be one based on the existing facets of a male mascot we’ve had for decades now. But it’s a start, and her tail is super fluffy so I’m willing to take the punches and settle with this cutesy compromise. We’ve also yet to see the full picture, and I wouldn’t be surprised if Rift Apart delves into Rivet’s backstory and explores her family, motivations, and perhaps even the status of the lombax race in her universe. 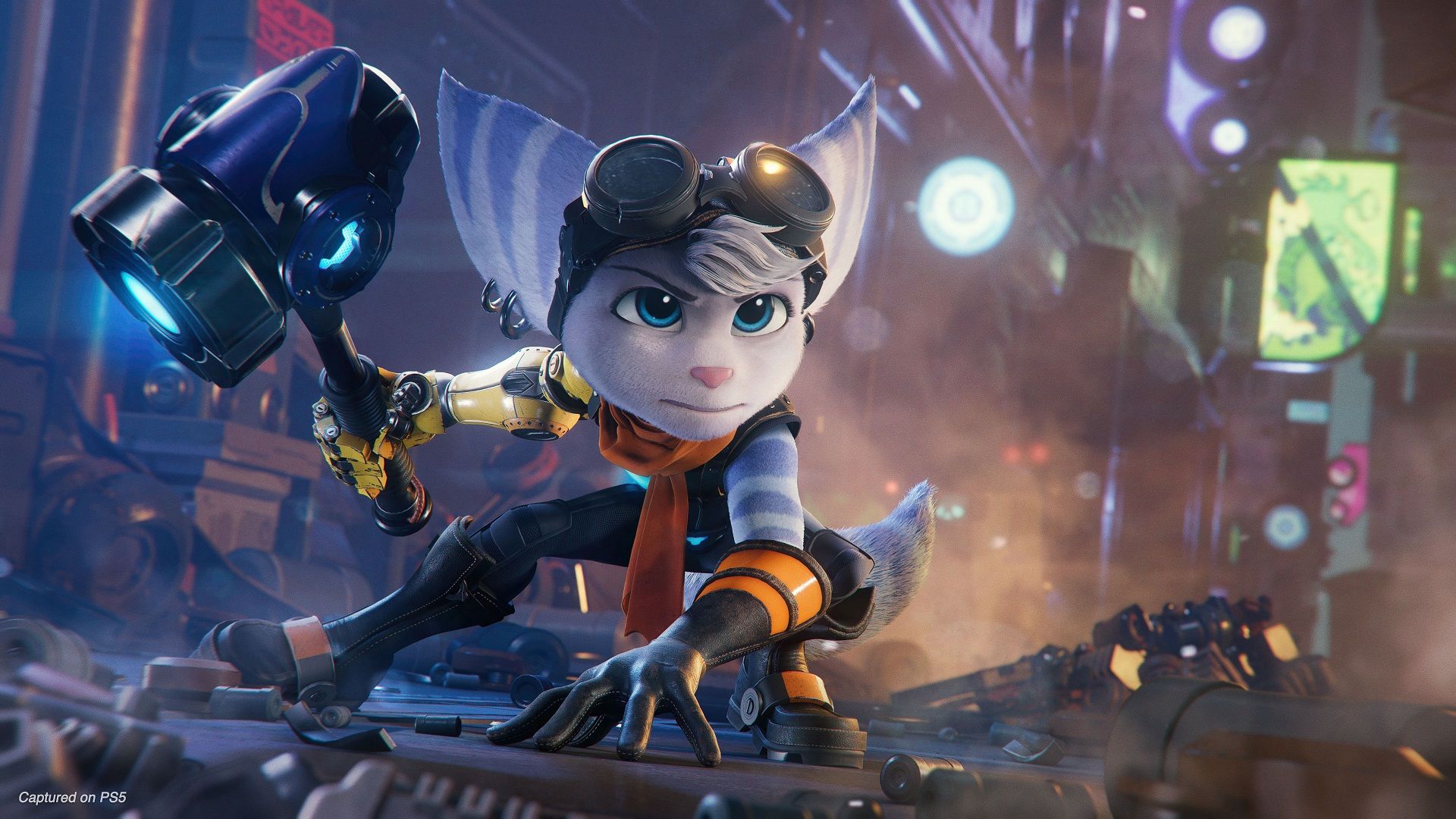 She’ll also pass the Bechdel Test, and likely won’t be interested in swooning over male lombaxes when she’s busy trying to stop Nefarious and save her own dimension. Besides, she’s a fluffy mechanic who runs around twatting robots with a wrench, if she isn’t a lesbian I need to have a word with Insomniac. She’s trans until proven otherwise anyway. Jennifer Hale is providing Rivet with a sense of playful determination that is perfect for a character like this, and I can’t wait for her to meet Ratchet and have their personalities clash in a showdown that will likely evolve into warm friendship.

Rift and Apart and its inclusion of Rivet as a playable female character is a huge milestone for platformers like this. When I was growing up, the space was, like most other genres, completely dominated by men. Spyro, Crash, Gex, and Mario are all men. Sure, Peach and Coco had their occasional moment in the spotlight, but these moments were often only brief cutscenes or a one-off level before the boys took over for the adventure’s majority.

Platforming mascots might seem like little more than cutesy animals, but for formative players, they can be so much more than that. This is especially true when female characters in many of these games are seen as sexual objects, which is rather awful when you consider the genre is aimed towards a younger audience. Gex spent much of his time trying to rescue a Playboy model while spitting out archaic pop culture references, while Crash tried to rescue and win over Tawna by nailing a bonus stage, echoing a damsel in distress trope that was also common at the time. Her modern iteration is miles better anyway, going against all of the cliches that defined her back in the day. 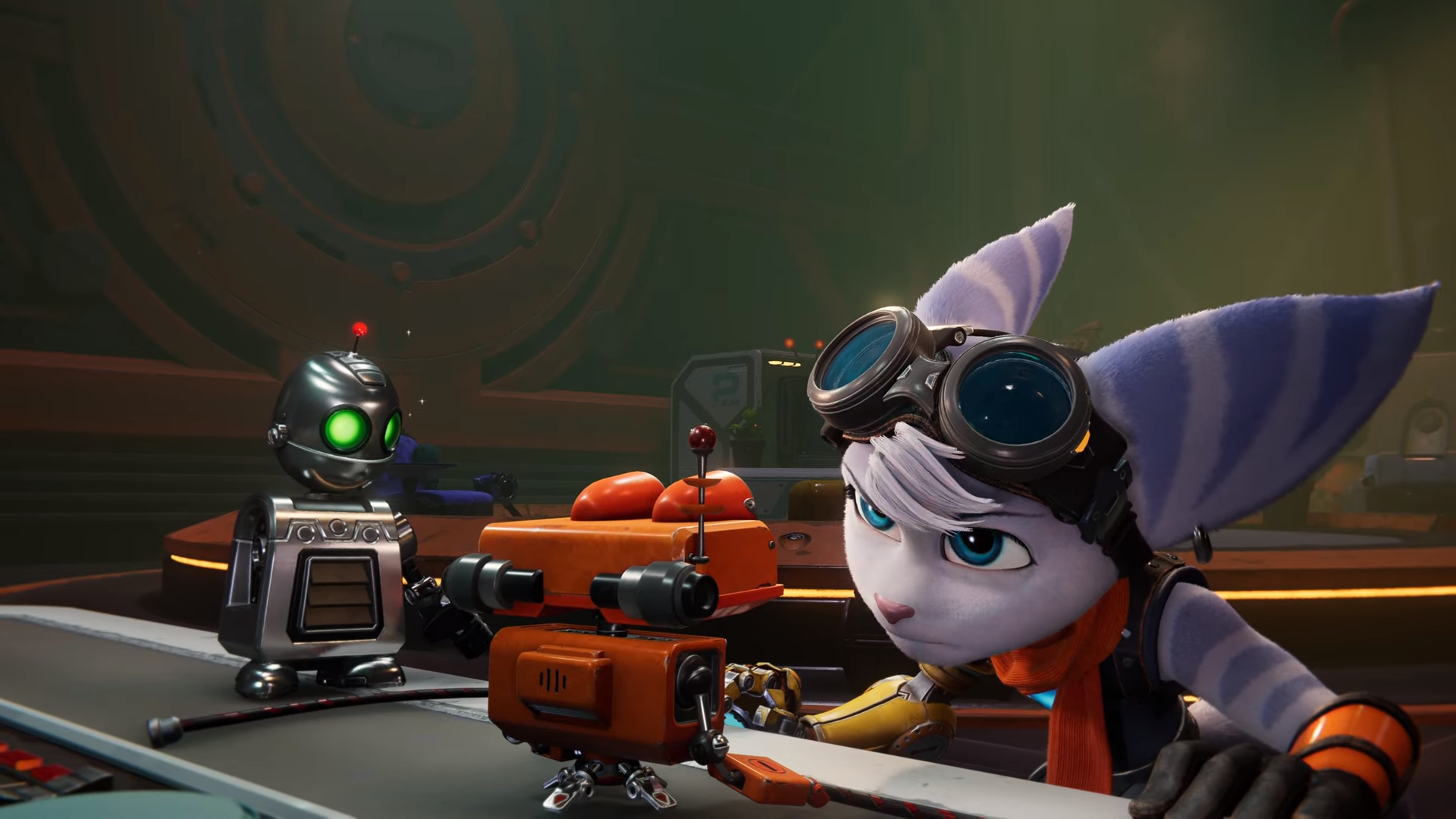 Rivet has already proven herself to be so much more than this in Rift Apart. She goes against design conventions we’d expect from characters like this, carving a space in the series’ universe where she will belong for years to come. Insomniac has confidence in the new lombax, taking attention away from its titular character to shine a light on someone new, someone of a different gender that isn’t afraid to buck established trends.

I hope the physical copy has a reversible cover that changes the title to “Rivet and Clank” or perhaps the game itself will play on that joke as dimensions begin to splinter and rift apart before our very eyes. While its attention on all-consuming blockbusters can grow a bit tiresome, I have to applaud Sony for its focus on female characters in its games. Ellie, Abby, Aloy, and Rivet are all immediately iconic, putting the likes of Joel and Nathan Drake to shame with their shared charisma alone. Games are just toys for boys anymore, they are far much more.

Next: There Is No Winning With The Returnal Difficulty Debate

Destiny 2: Beyond Light Is Pulling Me In Too Many Different Directions