Home » Reviews » Spider-Man: No Way Home Is The MCU At Its Absolute Worst

Spoilers for Spider-Man: No Way Home

The conversation around Spider-Man: No Way Home is inescapable right now. My TikTok feed is filled with fans filming cinema screens as audiences scream at the surprise appearance of Andrew Garfield and Tobey Maguire, caught up in a whirlwind of adorable nostalgia as our trio of webheads do battle with a selection of iconic villains.

No Way Home has been christened as the coming of the multiverse, an evolution of the MCU that will change its trajectory forever with untold plot developments and character moments that seek to usurp the foundations we’ve spent over a decade coming to know and love. In many ways, it achieves this objective, but in so many others it descends into a pandering, emotionally manipulative mess that swaps out creative new ideas for half-baked references and callbacks to hold our interest instead of actually being, you know, a good film.

Perhaps I’m just a boring old scrooge or my connection to the older films isn’t as cemented as I once thought, but I can’t help but feel like Tom Holland’s latest adventure could have been so much more. It has the ingredients to push this cinematic universe to new heights, but far too often falls back on tiresome old habits even if such decisions have resulted in mammoth box office success. But when all is said and done, it feels hollow.

The cat is out of the bag – Andrew Garfield and Tobey Maguire are now officially a part of the MCU – although said bag has been thoroughly translucent for the past 12 months given how leaks and speculation has made their presence all but official. The same goes for Doc Ock, Green Goblin, The Lizard, Sandman, and Electro, these characters are rocking up from their respective universes to ruin Tom Holland’s day and show him the consequences of his actions. It’s a wonderful premise, and the conflict between Peter Parker and Doctor Strange only serves to drive home the stakes of what should be Holland’s biggest and best film yet.

Sadly, for me it all fell apart. Major plot points like the fallout surrounding Spider-Man’s true identity are brushed over in a matter of seconds. Matt Murdoch appears and assures him all of the charges have been dropped and he returns to school, the only real cost of this revelation comes down to Parker and his friends being rejected from college, which is a fairly reasonable thing to happen given you’re apparently a vigilante who murdered Jake Gyllenhaal. No villains abuse his identity to go after his friends and family, or even use it to blackmail fellow superheroes into a twisted game they have no interest in playing. 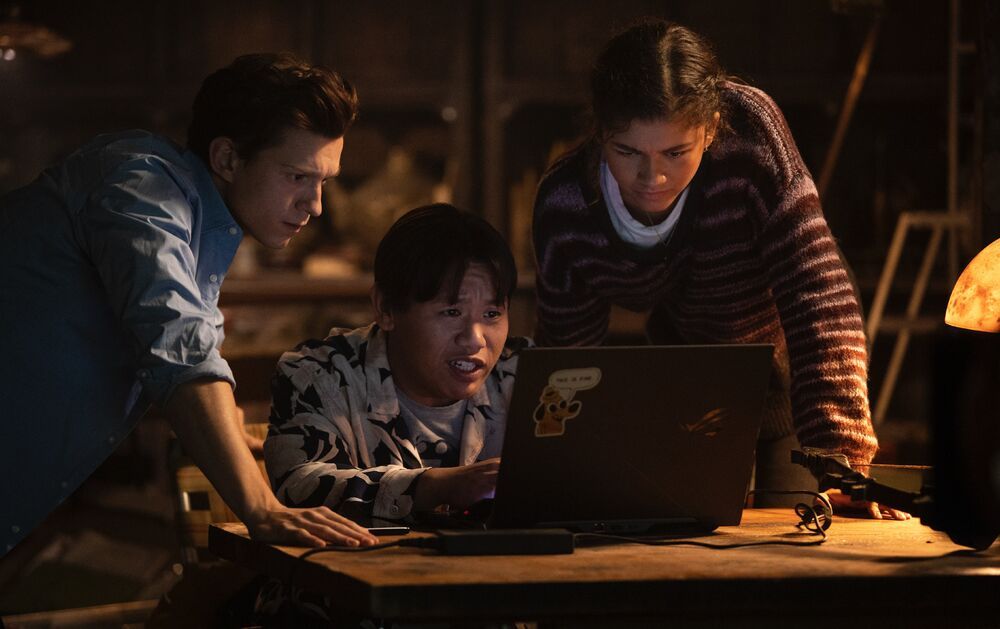 Peter Parker becomes the MCU equivalent of Logan Paul, a viral sensation born of circumstances far out of his control. This tumultuous lifestyle is what causes our hero to approach Doctor Strange and inevitably tear open the multiverse. It isn’t a life-or-death situation, it’s something far more personal, and it would have been so much more fun to see the film lean into this approach instead of morphing the narrative into an avalanche of memes and easter eggs that will see it age like milk. The multiverse could have made Garfield and Maguire tangible elements of the MCU, and the same goes for their cavalcade of respective villains, but instead they are little more than forced cameos with awful dialogue and half-baked action sequences that feel painfully out of place.

I think the appearance of Andrew Garfield secured this perception for me. Ned opens a portal using his newly acquired powers as he searches for Peter Parker and out pops a webhead – but not the one we ever could have expected. Garfield walks out of the portal and is accused of being an imposter, Ned and MJ asking him to prove his superhero identity until he relents and sticks to the ceiling, even going as far to clean up cobwebs for Ned’s mum while he’s up there. A scene which has been the subject of endless hype and speculation boils down to a moment in a living room where the same tired, self-referential MCU dialogue is spouted out with enthusiasm so limp that I couldn’t help but roll my eyes.

Maguire appears in the same scene, waltzing through a portal to a chorus of cheers in the audience as he only serves to confuse the situation further. He cracks jokes and fails to acknowledge the gravity of the situation, which really shouldn’t be frustrating – but it is. I just wish the MCU could stop to take itself seriously for a single continuous minute without descending into Whedon-esque jokes and wisecracks that just don’t make thematic sense. I understand it’s a superhero film and I shouldn’t be taking it so seriously, but that doesn’t work when the narrative itself expects me to. Garfield and Maguire’s characters aren’t accustomed to the aliens or Avenger-level threats of Holland’s universe, so should probably be losing their shit right about now, but instead they act like you’ve bumped into them in the street and engaged in the most casual conversation imaginable. It’s like their characters are aware of how obvious the fan service is to the awaiting audience, playing within those boundaries instead of daring to develop or even subvert our expectations.

These characters are more than lazy one-liners and playful references to past hijinks, but No Way Home boils them down to that and refuses to let them do anything else. Garfield and Maguire do everything they can with the material they’re given, but their presence in this new universe is given so little time to breathe amidst all the jokes and set pieces that their departure comes much too soon. You could have filled an entire trilogy of films with distinct arcs surrounding three Spider-Men amidst the multiverse, and maybe one day the MCU will, but here it feels like nothing more than fan-service reliant on Disney’s chokehold on the world’s media than an actual expression of creativity. The film’s villains are equally as underbaked. Electro, Sandman, and The Lizard deliver subpar performances anyway, while Willem Defoe and Alfred Molina steal the show as Green Goblin and Doc Ock. They are brilliant depictions of these characters, and are unfortunately the only two who seem to acknowledge the importance of suddenly being pulled into a new universe. Their arcs play with the concept of morality amidst a new plane of existence, and how people are willing to change for the better when given a chance to redeem themselves. Holland’s main mission in the film is to prove that these villains deserve a second chance, even if such innocent beliefs result in those he loves most being killed, he still seldom wavers from this position of moral superiority, and it’s a powerful message that should have been reinforced so much more.

Perhaps I’m just being overly negative or placing too much of a critical eye on a superhero film, but when it’s pulling in millions and will have a substantial impact on the growing MCU and other blockbusters like this, I think it’s worth considering how a film this shallow and pandering will only serve to cheapen the art we know and love. It’s putting a reference to our own nostalgia in front of us and expecting us to clap like obedient little seals, even as the substance fades away into nothingness moments after we look away from the screen. I guess I was just hoping for something more, or that Maguire and Garfield would be given more room to shine in a film which all but hinges on their fleeting presence. Superhero films can and should be better than this, and No Way Home was so close to breaking the mould before deciding to take a step back and abide by it in the most formulaic way possible.

The best Dungeons & Dragons campaign for beginners, plus 3 different ways to run it