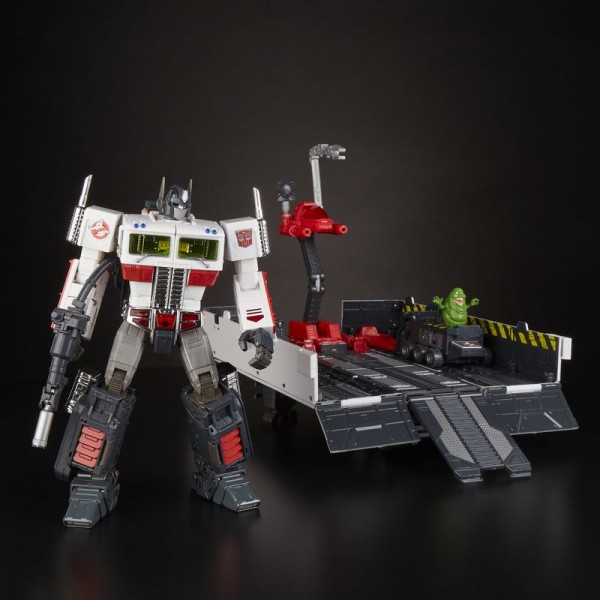 A few months back, we noted what seems to be the first collaboration between the Transformers license and the Ghostbusters license, which of course manifests itself as Transformers turning into the Ecto-1. The famous car from the Ghostbusters movies allowed the team to respond in style to ghosts hunts, but also, what if it was Optimus Prime? Now you no longer have to wonder!

Unveiled by Bleeding Cool, the new Transformers x Ghostbusters collaboration paints Optimus Prime a bright white to match the Ecto-1, but doesn’t take the same 1959 Cadillac form as the actual car from the movies. Instead, it becomes a mack truck to fit Optimus Prime’s size and style more accurately.

The figure is exclusive to San Diego Comic-Con attendees at Hasbro’s booth for $150, so expect to bring some money with you. Should there be any supply left after the convention, they’ll be available on Hasbro Pulse, the toy manufacturer’s online store.