People are rioting in the streets, chanting “save the NHS”. News anchors wax lyrical about fake news while simultaneously denying reports of protests. Anti-immigration rhetoric has reached a fever pitch, fuelled by media organizations to deflect attention away from the ruling class. More and more jobs are being lost to automation and there’s no support for those who are cast aside and replaced by machines. Everyone has access to 6G and somehow their faces haven’t melted. One MP thinks they have the solution – fix the bong on Big Ben.

This isn’t some Berenstain Bears-style alternate reality where we skipped over COVID-19, upped our roaming data plans, and kept everything else intact – this is the setting of Watch Dogs: Legion, the next game in Ubisoft’s hack and fash series.

Watch Dogs: Legion’s London citizens might be ruled over by a private military corporation that’s armed to the teeth and in control of an army of precognitive murder drones – think Minority Report via the Obama administration – but somehow it’s more hopeful than the Great Britain of 2020. At least the NPCs of Watch Dogs can rise up. All we have is Twitter. Twitter and despair. 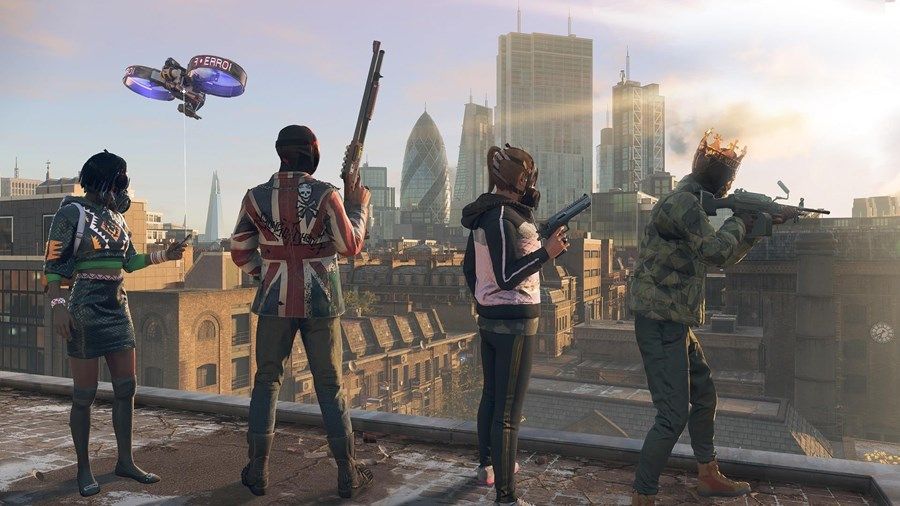 The core conceit is that there’s no primary protagonist – you can recruit literally any NPC in dystopian London and play as them (does that make them a PC?). Each has their own traits, relationships, equipment, and abilities. You can recruit a street sweeper who can hide from police pursuit by pulling out their broom. You can recruit a cyberpunk beekeeper who can fire swarms of the stingy gits from their hands. You can be a spy with a rocket-equipped Porsche and a silenced pistol. There are dozens of possibilities, unique traits, benefits, and even drawbacks. I had to remove my spy from my team because he had a gambling problem and was bleeding me dry, while my stealth expert had to be retired because she kept farting.

Watch Dogs: Legion is one of the most mechanically interesting triple-A games released in recent memory, but it feels like the developer was terrified of fully committing to its ideas.

The game opens up with an option: do you want your agents to stay dead when they die? Losing all of your characters means game over in this mode. The default option is nestled above and instead puts them out of action temporarily while they rest up at a hospital or spend time in jail. I went for the latter since its position as the default option suggests it’s the way it’s meant to be played. After finishing the game, I feel like the option was added because the developer bottled it – Ubisoft was scared of turning people off by making them restart if they manage to fuck up too much. It’s a shame. Watch Dogs: Legion would have been much more interesting with consequences for failure.

You see, “play as anyone” feels a little bit like a gimmick when your agents can’t die. At first, I was scanning everyone looking for potential recruits, but you occasionally get pinged to tell you there’s a special recruit with actually useful abilities and few – if any – drawbacks. You also get a unique recruit every time you liberate one of London’s boroughs. It’s not long before you have a fully stacked team of super agents. Why would you want to be a binman? 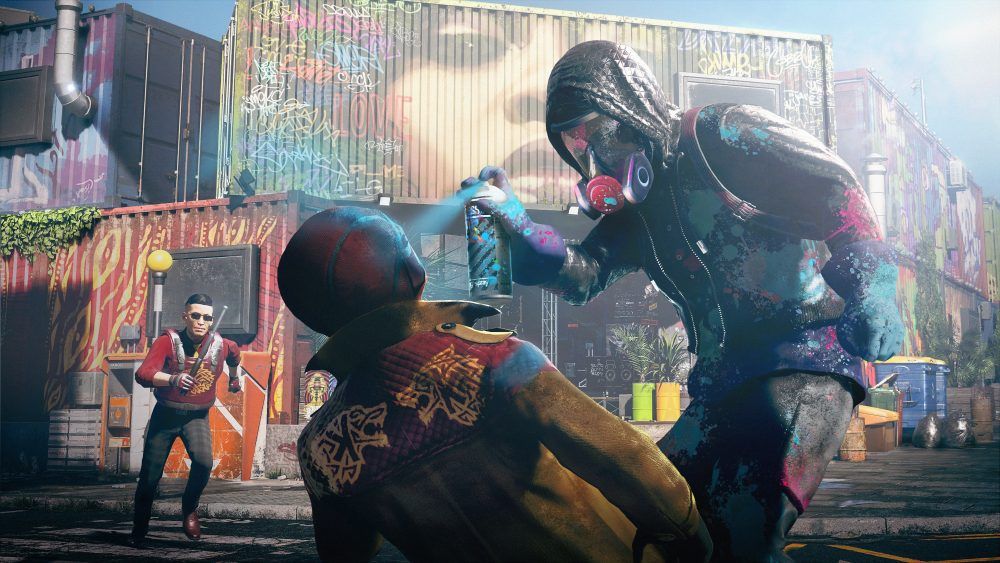 With permadeath on, you’re forced to recruit less capable people to keep your team stocked so you don’t get a game over. By the halfway point on the default setting, I didn’t bother recruiting another soul.

There’s also another issue – it’s hard to connect with characters. Everyone feels replaceable, and they are. It’s a technical marvel and I love what Ubisoft has done with it. I’m in awe of how cutscenes just adapt to whatever agent you’re using at the time, and I’d hate to think of the work that went into getting every single scene in the game acted out with a dozen different performers. It’s also pretty funny at times, but only because of how ridiculous it is. Seeing my football hooligan woman decked out in a full Union Jack ensemble, complete with face mask, glasses, and top hat in cutscenes fills me with a joy that’s hard to describe. But everyone is a Spitting Image puppet – there are no believable characters here, just caricatures. By the end of the game, I was simply alternating between my two strongest team members: an ex-Albion guard who can infiltrate PMC compounds, and a hitman who can pull off sick combat rolls and gun takedowns. Occasionally, I’d bring in my construction worker to summon their cargo drone to more easily get onto a roof.

I love what Watch Dogs: Legion is attempting, but its non-commitment to permadeath takes away from the experience. I’d suggest toggling that option on to get the most out of it. Embrace the death.

Watch Dogs: Legion would have also benefited from more simulation. Yes, each person has their own traits and schedule. You might scan someone to see they’re playing darts until a certain time, or visiting a friend, or 100 other activities – this gives the illusion of a lived-in place. But it falls apart if you look too closely. For example, if you run someone down in a car and scan them, it will tell you that they’re heading to a hospital to recover. No matter how long you wait, an ambulance won’t come and scoop them up like in GTA. They just lay there forever, waiting for you to leave the area so they can safely despawn.

Because of the slightly procedurally generated nature of the game, you also sometimes get sent back to areas in different missions. You can clear a compound out, complete your mission, start a new one, and it’ll send you back to the same spot to do a different task. Everyone is back on their feet when you get there. Watch Dogs: Legion feels like magic, but it doesn’t take long before you rip off its sleeve and see the cards strapped to its wrist.

Saying that, missions do feel different depending on who you play as. My hitman lets me play it as a pure action game, taking cover, popping heads, and strangling people with fiber wire. Bring in my hypnotist and it’s a pure stealth game, snapping people asleep with a kaleidoscope pocket watch and turning enemies into temporary allies. If you switch to someone with the right uniform, it turns you into Agent 47 as you slowly walk through areas to avoid detection, keeping your distance from guards to maintain your disguise. This is my favourite way to play. It’s Legion at its most tense, and I love how you can quickly disrupt an enemy’s phone if they’re getting too close to temporarily distract them and slip past. Switch to a drone expert and you often don’t even physically need to enter a hostile area – you jump between cameras, spider bots, and drones to complete your objectives.

Hacking is still what sets this series apart from other open-world games – taking over cameras, turrets, and my personal favourite: making cars accelerate into people. You feel like you are outsmarting the game, and a smooth escape or infiltration feels slick. 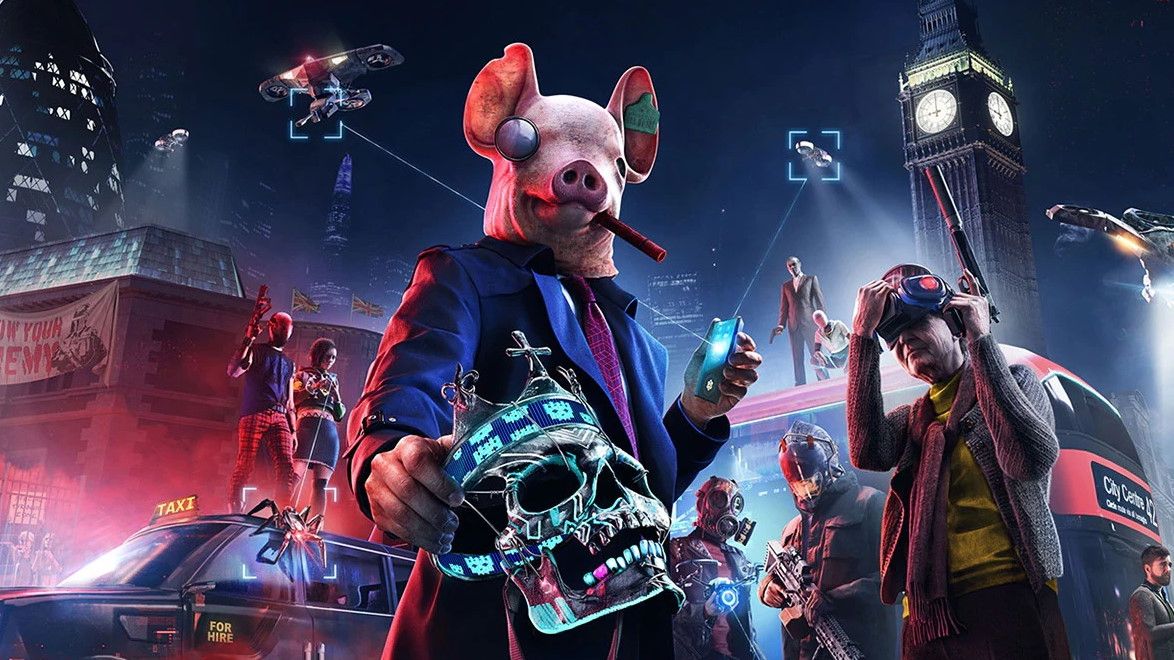 In one escape, I’m gunning it from an Albion patrol as fast as my electric car allows. I drive into a park to escape my pursuers and jump out at the last minute, sending it into the lake. An Albion vehicle careens down the grass after me – just one pursuer kept the pace – and brakes to a stop alongside me. Before he gets a chance to climb out of the car, I hack the vehicle and send it screeching into the drink. A clean getaway. It is extremely satisfying.

Unfortunately, there’s a couple of things holding it back here as well. For one – to get appropriately English on you for a minute – the vehicles handle like a twat. Some of them are passable, but most feel like controlling a shopping trolley made of other shopping trolleys. They’re skittish as hell. Minor stick adjustments barely do anything, while hard turns will literally spin you into a wall. The motorcycles are a complete write-off. The pre-patch version is also plagued by technical issues that are most prominent when driving – freezes when going at speed, as if the game was struggling to load in the city. Opening up menus often results in similar issues, and I even experienced a handful of hard crashes during my time with it. Ubisoft says there is a hotfix coming for this, as well as another big patch in early November. 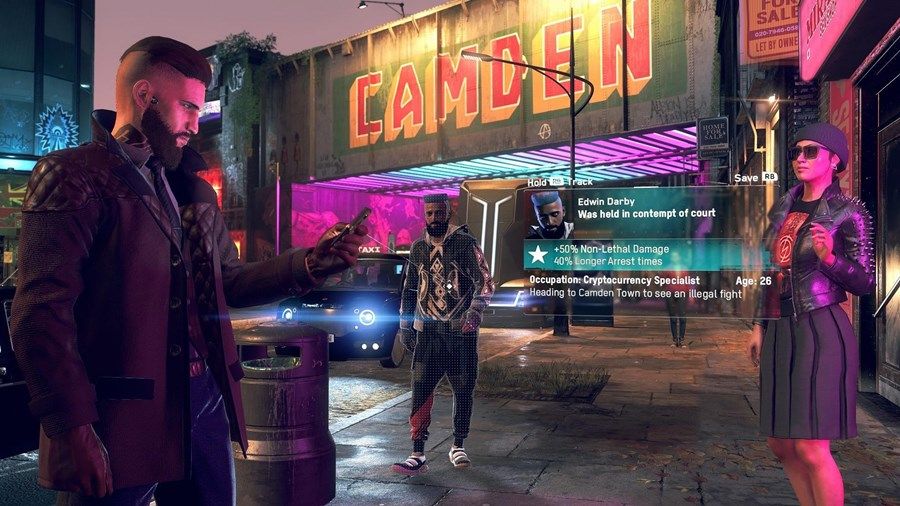 Character models aside, Watch Dogs: Legion looks like a next-gen game at times. At night when neon shop windows reflect in the puddles, it’s stunning. It has some of the most impressive lighting I’ve ever seen, and I’m sure this game is going to be one of the best early showcases of ray tracing on PS5 and Xbox Series X. One mission in particular, where you’re tasked with flying a micro drone through a supercomputer, is unbelievably gorgeous.

Light is even used to good effect in some missions, asking you to navigate by positioning a drone and its torch so you can clamber across a climbing puzzle. Ubisoft also seems to have improved its soft-body physics, so NPC reactions when hit by vehicles are more convincing than they have been in the series previously. It’s a technical step up from Watch Dogs 2 in every area.

Watch Dogs: Legion is a good game that could have been a great game if it had fully committed to its systems. Its recreation of London is stunning, its core concept is up there with Shadow of Mordor’s Nemesis system in terms of innovation, and I would love to see where it could go if Ubisoft gives the team a second crack at it. With a stronger story, a much better ending, an improved driving model, and a bit more polish, I could see Legion being a classic. I hope the series continues in this interesting direction and it’s not unceremoniously shunted into a lake.