Home » Reviews » Why Does Magic The Gathering Have To Host All Of Its Crossovers?

Over the last 18 months, Magic the Gathering has gone full-steam ahead with hosting as many crossovers as it possibly can. Starting with the Godzilla cards in Ikoria: Lair of Behemoths, we've since seen The Walking Dead, Stranger Things, Dracula, and Arcane all appear in Magic, with Fortnite, Street Fighter, Warhammer 40K, and The Lord of the Rings all planned between now and 2023.

While there's a lot of criticism out there about how all these crossovers dilute Magic's distinctive visual identity and turn it into a crossover soup of one player playing Rick from Rick and Morty against another player's Captain America, it does raise a different issue as well. Why does Magic have to host all these crossovers? Why isn't it popping up in other properties?

Of course, there are the crossovers between Magic and Dungeons & Dragons. We've had Ravnica and Theros be full sourcebooks for D&D, and Strixhaven: A Curriculum of Chaos is set to release later this month. They're rich, detailed worlds brought to life and are great for both D&D players wanting a new setting and MTG players eager to explore the worlds behind their cards in more detail… but they're both published by Wizards of the Coast so it doesn’t really count. It isn't a crossover in the same way Arcane or Stranger Things is, it's just one publisher playing with its two biggest properties in ways you would absolutely expect. It’s Wizards’ version of Space Jam. For a series set in an almost-infinite multiverse, Magic has been very closed off when it comes to appearing in other works. Ten years ago, things were slightly different, but not much: in 2010, as part of a promotional deal with Disney for the movie The Sorcerer's Apprentice, a minor antagonist was 'sponsored' by Wizards of the Coast, and even had Magic cards mocked up for them… only for all mention of it to be cut from the final movie. In 2011, there were promotional cosmetic items in Team Fortress 2 for those who preordered Duels of the Planeswalkers 2012, based on Garruk's helmet and Chandra's goggles.

The most recent crossover, and frustratingly also probably the most significant one to date is with… Leyton Orient Football Club. The League Two club announced earlier this year that Magic the Gathering was sponsoring them, and the logo would appear on the training kit. The training kit of a team, who play in a stadium that seats less than ten thousand and doesn’t even sell out, who find themselves coming up against the likes of Scunthorpe United or Crawley Town on a weekly basis. Such a high station for the world's first and biggest trading card game. And how did they announce this partnership? With this monstrous bastardisation of one of Magic's most-loved characters, Ajani Goldmane. 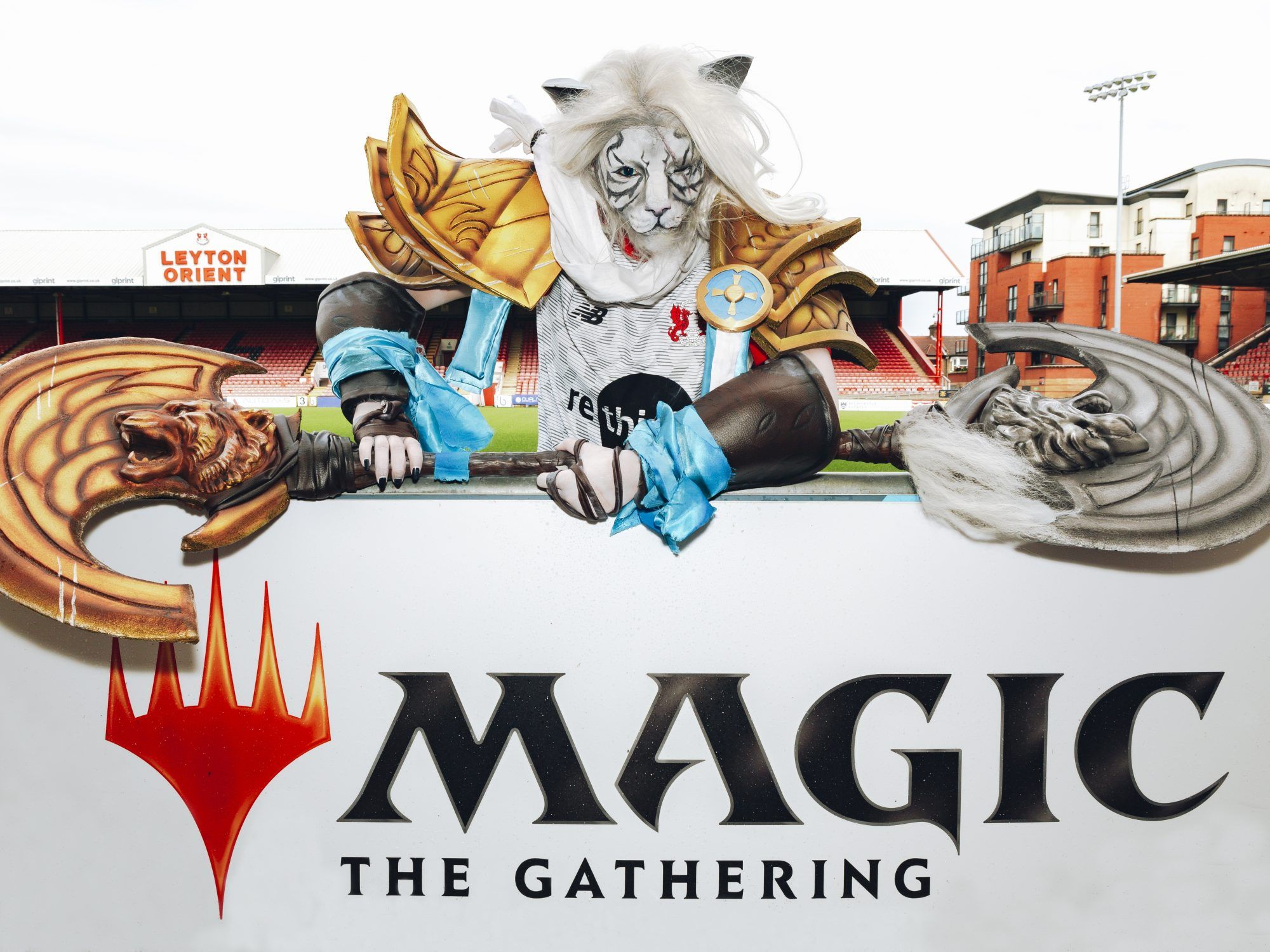 Why does Magic lower itself to this? While I'm not a big fan of the current trend of reducing everything to a slurry of IP through endless crossovers as Fortnite does, if Magic's going to be hosting them anyway, we should at least be seeing it treated with the respect it's earned over the last 30 years by other properties. Magic has a long history with memorable characters it could easily send off to represent it in other crossovers. Jace could appear in Legends of Runeterra, or Gideon could pop in Fortnite. Yeah, I said it. I want my favourite IP in the IP game too.

Restricting every Magic crossover to the confines of Magic the Gathering itself feels desperate on Wizards' part. It feels like it's inviting over 'the cool kids’ to be part of its game, ignoring the fact it's never invited elsewhere in return. "Yeah Epic, you can have a Secret Lair! Can Ajani be in Fortnite too? No? Oh okay, no worries!" While 'pathetic' is a very harsh word, it does at least feel pitiable for a 30-year old, industry-defining title with millions of fans and billions of sales. 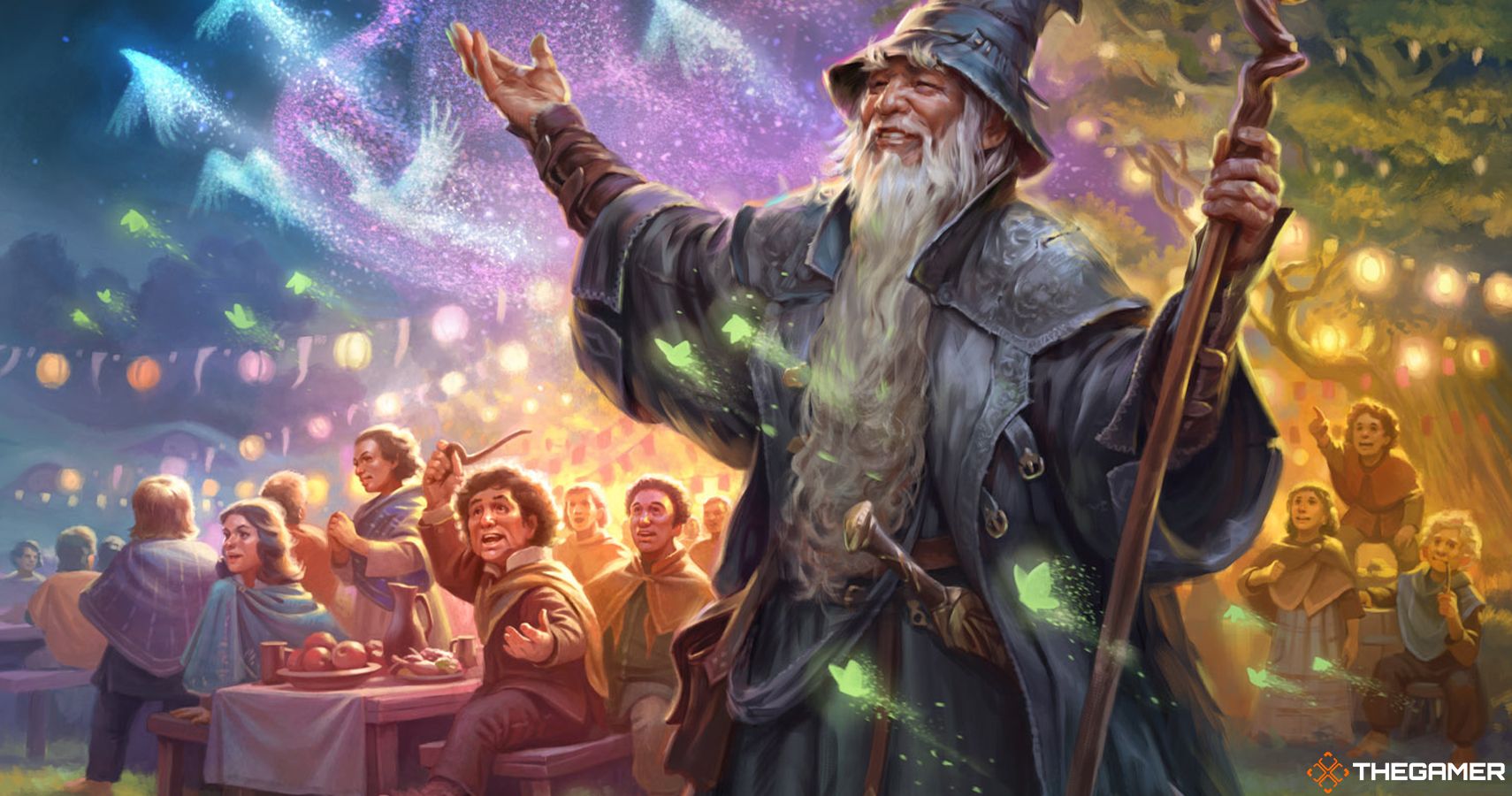 More than that, it's representative of the state of Magic's story. It's not that crossovers are 'diluting' or 'taking away' from it – the crossovers are designed by different teams who don't have anything to do with charting the course of Magic's ongoing plot, and are mostly released as supplemental products outside of the normal release schedule. It's that, by Wizards hosting all these crossovers and seemingly not pushing for anything in return, the world of Magic itself feels devalued. Combined with other problems like the shambolic War of the Spark novels, the complete absence of Theros: Beyond Death's story, and the lack of time for any one setting to build up a compelling story before we're whisked off to another plane for the next set, it feels to players like the characters they've grown attached to are disposable as long as a big enough IP wants to do a spot of one-sided cross-promotion.

Other than the aforementioned risk of making an IP Soup that even Ready Player One would label as pandering, I have no problems with the crossovers. They're great ways of bringing people into the game, and it lets Wizards explore characters and aesthetics it hasn't ever touched before.

It just needs to be reciprocal – we need to see the game we've grown to love be given the spotlight elsewhere, to introduce those players to our characters and worlds, to show them what makes Magic Magic. But Wizards won't do that, because, right now, it doesn't seem to value its own creations as much as it does other companies'.