2020 was a bad year for many, many things, but it was a pretty good year for video games. We had Animal Crossing, Hades, The Last of Us Part 2, Ghost of Tsushima, Spider-Man: Miles Morales, and far too many more to list here. It was a year of sequels, reboots, remakes, and new IPs, but the best new protagonist for me was Yakuza: Like A Dragon’s leading man, Ichiban Kasuga. Yakuza’s new kid on the block is one of the stupidest, most determined, and most kind-hearted heroes gaming has introduced in years; he’s basically Ash Ketchum.

First off, I know Yakuza: Like A Dragon includes a very obvious Pokemon parody through the Sujimon and the Sujidex. That might have inspired my Kasuga-Ketchum train of thought, but it’s certainly not the only connection they have. When I say Ash Ketchum, I mean the lead in the Pokemon anime. Although many people call the protagonist of Pokemon Red, Blue, and Yellow ‘Ash’, he’s actually called ‘Red’. Red has a similar journey to Ash, but makes that journey in a completely different way, and that will become important as we overthink – I mean, explore – this idea in more depth.

Ash’s defining characteristic is that he’s eternally ten years old. The Pokemon anime first aired 24 years ago – Christ, I feel old – and Ash is still ten in the episodes of today. While that doesn’t literally happen to Ichiban, he is thrown in jail at only 23 years old, serves 18 years in prison, and comes out still just a naive kid. Part of that is because prison gives you no perspective of the outside world, part of that is because he expected to walk back into his old life, and part of that is because Ichiban never really grew up in the first place. Born and raised in a soapland (a Japanese massage parlour), Ichiban was a street kid taken under the wings of the Yakuza, and has always viewed the world through this very fixed, very narrow lens. 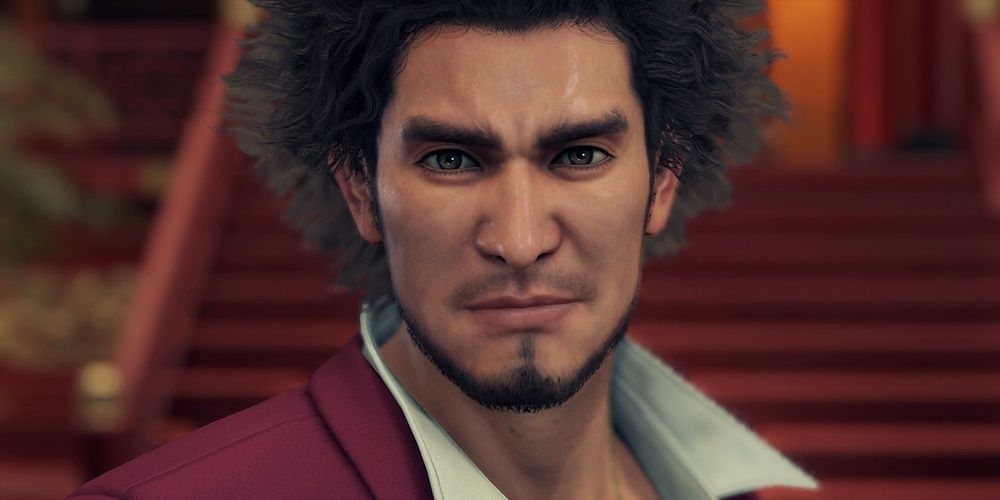 He looked up to the Yakuza as a child, and his perception of the world has been crystalised in that moment. He’s not literally a child, but he has a childlike innocence, and sees the world in black and white terms, even with the contradictions. The Yakuza betrayed him (and you know, are a crime syndicate), but that’s not a problem with the Yakuza, that’s a problem with individuals not honoring the way of the Yakuza. The Yakuza looked after him, the Yakuza is good, and those who don’t follow its code are bad. Ichiban’s childlike philosophy does not allow him to see the world any other way.

Likewise, Pokemon can be quite a moralistic show, with a keen sense of right and wrong. Yet in the first Pokemon movie, the key message was that it’s bad to make Pokemon fight each other for your own gain. That’s right, the very thing that Ash does every single week, and that the entire series is based on. But it was MewTwo doing this, and MewTwo was a villain, so you see it all makes perfect sense.

As well as this Peter Pan state of existence, Ash’s defining quality is friendship. Ichiban has a few different companions in Like A Dragon, but it feels like Nanba, Saeko, and Adachi are his mates, with Zhao and the others really just people he meets along the way with a common cause. There are easy parallels to draw in the group; Saeko is Misty, Adachi is Brock, and Nanba, of course, is Pikachu. Okay, so it’s not a perfect 1:1 match up, but both Ichiban and Ash are propelled forward by their friendship groups, would do anything to protect their friends, and are positioned as the de facto leader of their respective gangs, despite being demonstrably unsuited for the role. 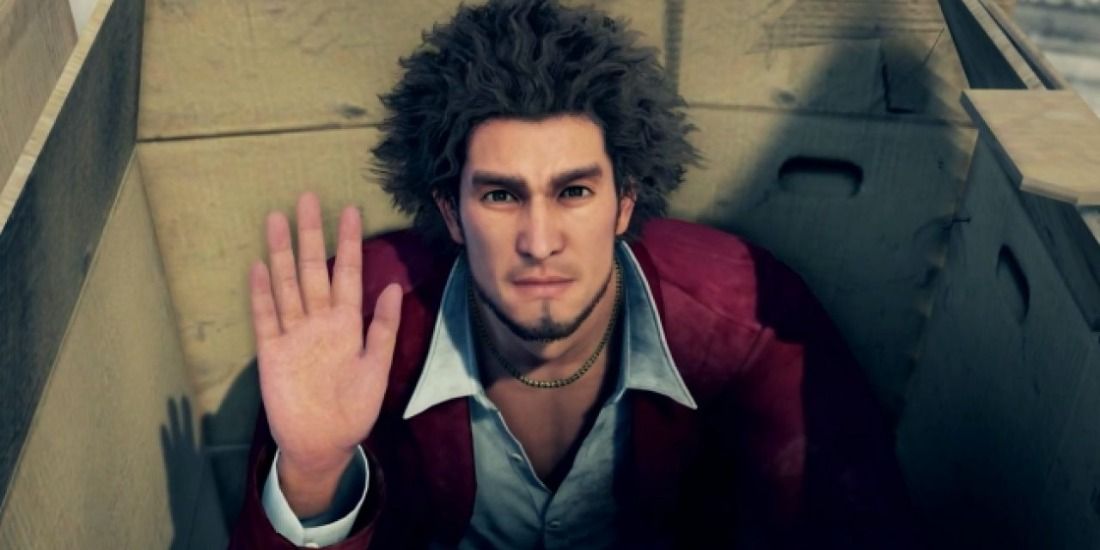 Ichiban owes another connection to Ash to a localisation error. I played through Yakuza: Like A Dragon when it first released over in the West last November, and struggled through the game’s sporadic difficulty spikes. Soon after I completed it, a patch was released. This patch would let players know the type weaknesses of each boss, making it easier to combat them; this feature was present in the Japanese version, and had simply been left out of the Western version by mistake. I’d stumbled past the bosses through luck, determination, and getting back up as many times as it takes. There was no real skill, and certainly no tactics in play… doesn’t that sound exactly like Ash?

Ash, who beats Brock’s Rock and Ground Pokemon thanks to his Electric Pikachu, and not through teaching it a diverse range of moves to overcome any disadvantage, but by setting off the sprinklers. Ash, who finds a Kabutops and scans it to learn of its Rock-Water typing, then rather than send out the super effective Electric type Pikachu or use the double super effective Grass moves of Bulbasaur, opts for his disobedient Charmeleon – a Fire Pokemon with two type disadvantages. Ash might have finally won the Pokemon League and assembled a decent team in the process, but most of the time, he’s utterly clueless. 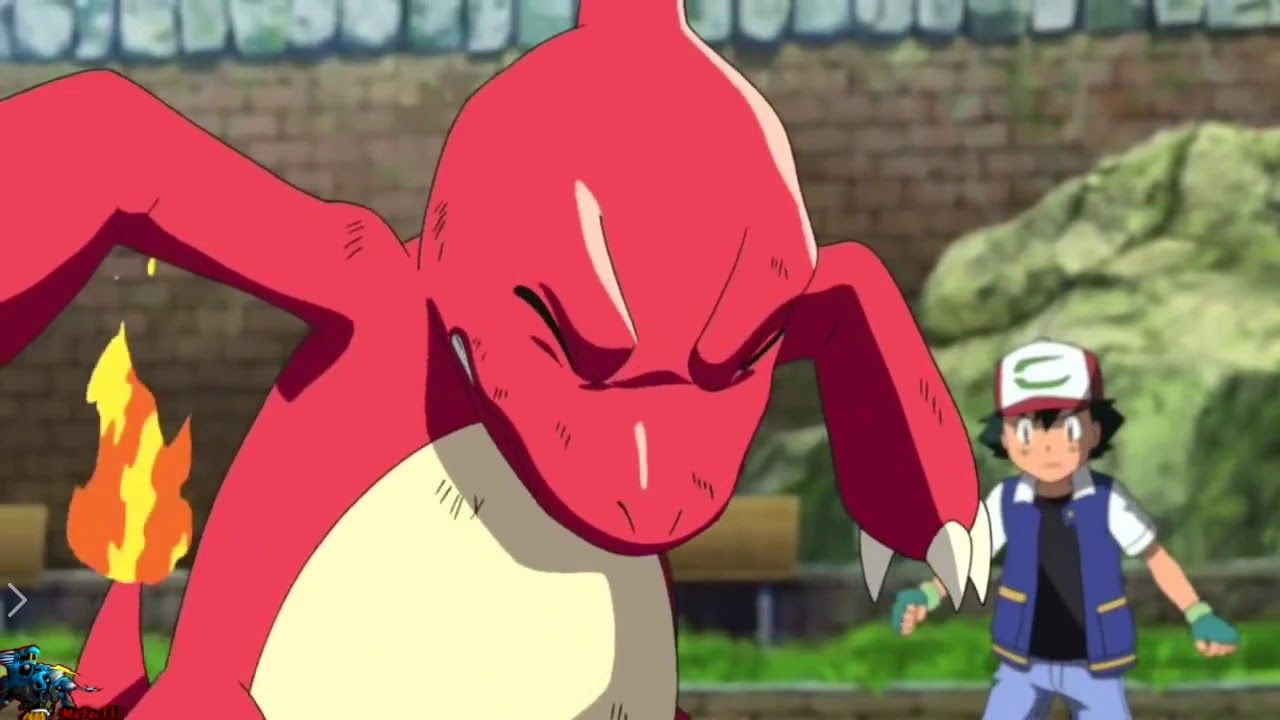 Would all this make Ryo Aoki and Kume the Jessie and James then? Not if you ask me; Jessie and James are much too cool for those squares. Aoki is more like Giovanni, with Kume as the obedient little Persian in his lap.

Ichiban Kasuga and Ash Ketchum are both kind-hearted souls who mean well and always want to help others, even if they often miss the bigger picture. Through friendship, togetherness, and pummeling their foes into the dirt, they always try to make the world a better place. Ichiban, I hope you never grow up.

Next: Everyone Needs A Friend Like Persona 5’s Makoto Niijima

SNK Gals’ Fighters Is A Fun Portable Fighter, If A Bit Redundant In 2020