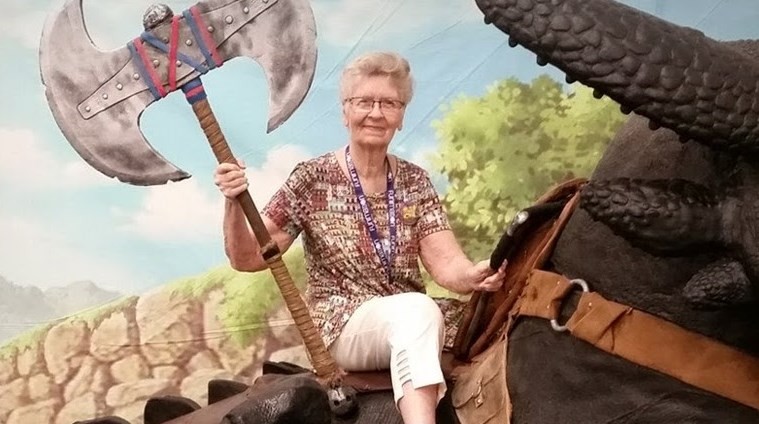 Shirley Curry is 82 years old, has nine grandchildren and – you may never guess it if you met her in real life – but she’s also a Skyrim fan who has accumulated a huge following on YouTube.

Curry, also known as ‘Skyrim Grandma,’ will appear as an NPC in The Elder Scrolls VI, Bethesda announced. This addition is the result of a fan petition with over 45,000 signatures asking for her to be immortalized into the game.

In Bethesda’s recent anniversary video for the Elder Scrolls series, Curry briefly expresses her gratitude to have such an incredible opportunity (at around the 8:40 mark). “This means a lot to me because I would be extremely happy to know that somebody else was playing with my character in a future Elder Scrolls game,” she says.

For more on Elder Scrolls VI, read about how it won’t be making an appearance at this year’s E3. You can also check out Curry’s YouTube channel here.

Our Five Biggest Takeaways From Our Four Hours With Cyberpunk 2077

Mass Effect: You’re Going To Make The Same Choices All Over Again In The Remaster, Aren’t You