There’s a projector trend over the past couple years that’s hitting full steam in 2019: ultra-short throw 4K projectors with built-in soundbars. Major display manufacturers Optoma and LG announced their products during CES this past January. Relative newcomer VAVA, founded in 2015, is going up against that big name competition with the simply-named VAVA 4K Projector (see it on VAVA’s website). It has Harman/Kardon stereo speakers built into the front, can display an image up to 150 inches using ALPD 3.0 laser technology, accepts HDR10, and only needs to sit less than a foot from the projection wall. At $3,500 it’s certainly not an inexpensive display option, but still falls in the low- to mid-range of 4K laser projector prices. 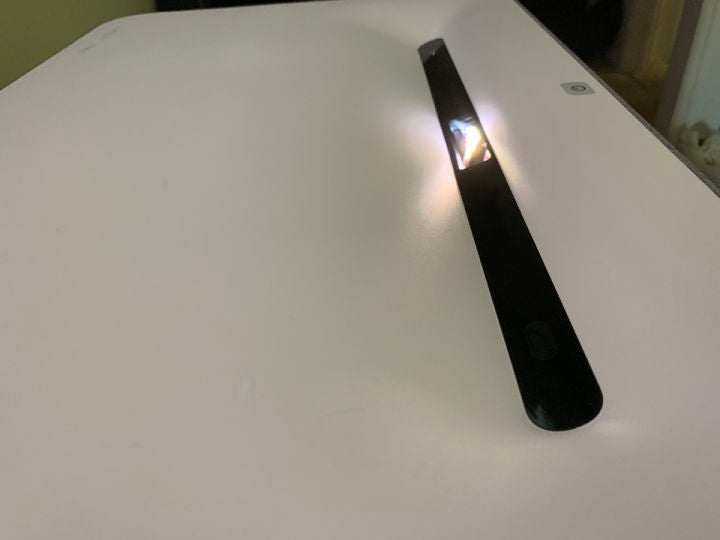 The Harman/Kardon speakers are hidden behind a gray fabric grille that extends around the entirety of the projector’s edges. Feet adjustment wheels and exhaust vents are on both the left and right side panels. The back connections panel has three HDMI (one with ARC), a USB input, a 3.5mm audio output, a 3.5mm A/V input, an optical S/PDIF output, an Ethernet port, and power connection. 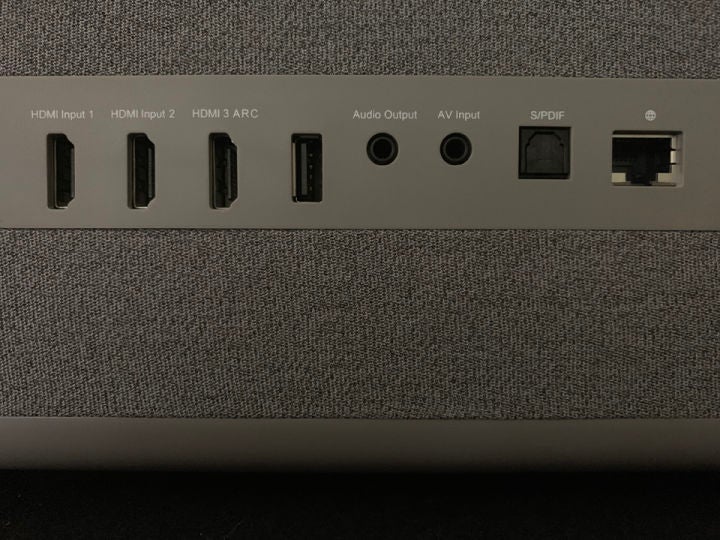 The look of the projector is clean and subdued. There were numerous occasions that friends wouldn’t realize until 10-15 minutes into playing a game or watching a movie that it was a projector. It looks at first glance to be an unobtrusive speaker bar. The table footprint of the VAVA is 21 inches wide, 14.5 inches deep, and 4.2 inches high. To project an image on my 100-inch screen, the projector is just over 7 inches away from the wall. For a 150-inch, it only needs to sit 16.7 inches from the wall. Ultra-short throw projectors are a game changer for anyone that doesn’t want, or is unable, to mount a standard projector.